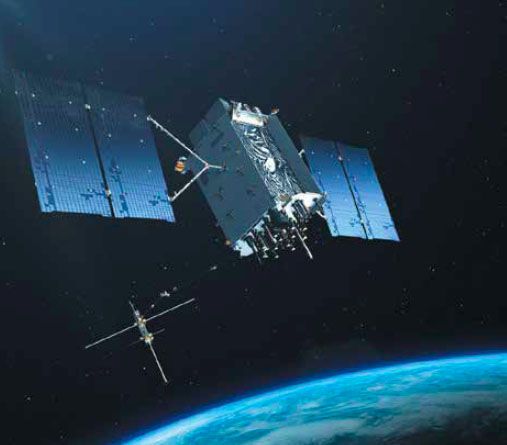 A long-time friend, reader, and frequent contributor to these pages has a physical archive of most of the issues of IFR Magazine, including issue #1 from 1988. He’s grown tired of stumbling over them in his office and wants to pass them along to someone who might appreciate them.

The magazines can be yours for the cost of shipping—which won’t be trivial due to the weight—plus a $25 “handling fee.”

If you’re interested in salvaging these from the recycler, contact the editor, IFR@BelvoirPubs.com, and he’ll connect you with the seller. The archive will go to the first person who wants it.

The “Safest Word in Flying” article by Fred Simonds in the December 2020 issue is one of the best I’ve read in some time. I especially loved the line, “Hope has no place in the cockpit: ‘I hope we have enough fuel.’ As of that moment you don’t.”

If more people had that attitude the sky would be a much more crowded place. I’ve been a maintainer for 25 years (Avionics, A&P, IA) and a pilot for 4 years. I attribute my complete lack of hesitation to say, “No” to my maintenance background and I wish student pilots could all be given a course in what can happen when hope is used as a strategy. Well done, Mr. Simonds!

Why Isn’t an LPV Precision?

First, from a pilot’s perspective, for all practical purposes an LPV is a precision approach. You’ve got lateral and vertical guidance you must follow, typically to similar minimums as an ILS.

But, you’re right in that technically an LPV is not a precision approach. The reason has to do with the ICAO standards from which our TERPS are derived. They define a precision approach in terms of ground-based equipment. Thus no satellite based approach, even with SBAS, can qualify.

We’d offer one more clarification that’s often overlooked. Alternate requirements apply to filing, not flying. So, for example, say the weather at your destination is low and you need an alternate. You must use the precision/ non-precision weather requirements as appropriate to pick the alternate you put on the flight plan.

However, once you miss at your destination and want to go somewhere else, those alternate requirements are irrelevant and your planning choices no longer govern what you can do. Go wherever you think you can land and that airport’s approach minimums apply. Got a nearby LPV? You’re free to go there and fly it to its published minimums.

But … SATNAV is Fragile

Whenever you’re writing about SATNAV approaches, I urge you to remind your readers that this single-thread, weak-signal system is quite delicate. If you only knew just how fragile the GPS SATNAV system really is, you would never bet your life on any of them. They are so easily jammed it is ridiculous, as we see with the frequent disruption from approved domestic sources. And then where will you be on approach in IMC? 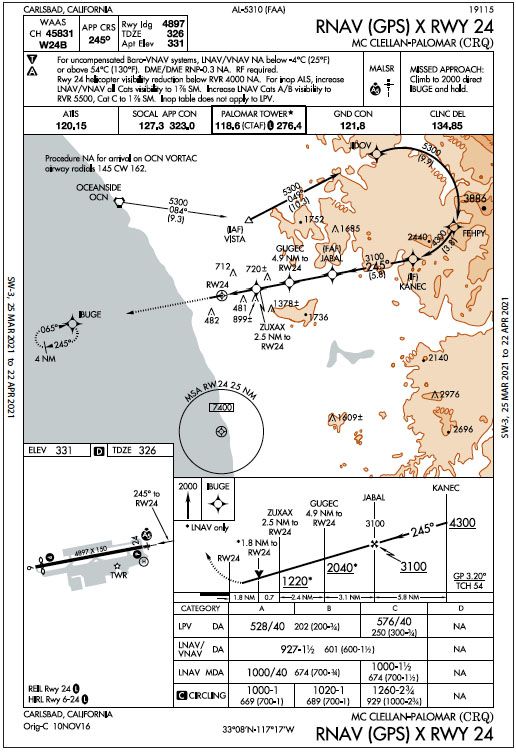 My company produces SATCOM equipment for the U.S. militaries and we have to always consider SATCOM/ SATNAV redundancies in times of stress—including U.S.-induced stress.

I have two suggestions to mitigate this vulnerability. In addition to our current SATNAV, update the old ground-based Loran and Omega systems (conceptually only) into the HF band with modern receivers and—due to the frequencies and hence distances covered—there would be very few required ground stations to maintain. This would contain the costs.

Or how about modern, cheap inertial navigation systems (INS) for the single-engine piston crowd. (I believe that current systems still require GPS updates, but would work in a pinch to get you to the ground safely, especially if just a little more creative engineering is applied to eliminate that GPS requirement, at least for a brief time.) Advanced Navigation and others make INS modules for little drones and quadcopters that work down to less than three feet. Why can’t we have these cheap INS devices in our aircraft?

In the April 2021 IFR, you noted in the Readback section that authorization to fly approaches with RF (radius to fix) legs eludes us by virtue of the absence of those approaches in the database of GTN navigators. Readers may therefore assume that if they fly behind a GTN 650/750 that approaches including RF legs will not be in their database. However, many such approaches (except those with RNP designation) are in fact in the GTN 650/750 database. A good example is the RNAV (GPS) X RWY 24 at Carlsbad, CA (KCRQ).

You’re right, of course. The GTNs can indeed fly an RF leg and some unrestricted approaches do exist with RF legs. With the combination GPS/ILS approaches popping up, we’re even starting to see a few more. However, we wouldn’t characterize the few that exist as “many.” A couple years ago Garmin reported that there were only two or three approaches with RF legs that were not “Authorization Required.”