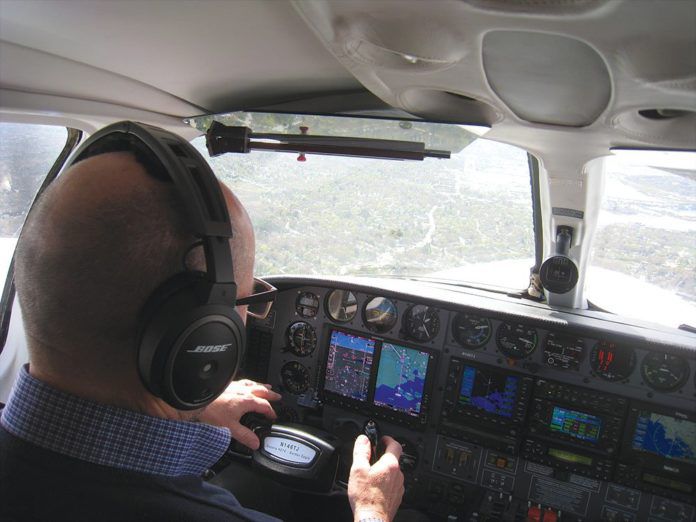 Airlines, large corporate flight departments and the FAA all have a sufficiently vested interest in keeping aviation safe that they dump money into safety research. Because pilot error is one of the leading killers, it stands to reason that the biggest opportunity for improving safety comes from reducing pilot errors.

A program called Threat and Error Management (TEM) evolved from studies at major airlines and human factors research at the University of Texas (UT). ICAO and the FAA have also gotten involved, with ICAO mandating the training for airline crews on international routes and the FAA publishing AC 120-90.

LOSA Ideas
Line Oriented Safety Audit is a no-jeopardy program where observers in the jumpseats of airliners simply note events and crew responses. LOSA’s original focus (1994) with Delta Air Lines and the UT researchers was to determine if the conservative concepts in training transferred to daily flight operations. In 1996, Continental Air Lines expanded LOSA to collect data about observed threats to safety and corresponding crew errors of any type that ultimately resulted in an undesired aircraft state.

Over only four years, which included reviewing LOSA data during recurrent training, Continental noted a significant improvement in checklist usage, an overall increase in crew performance and, specifically, a dramatic 70-percent reduction in unstable approaches. That success has led to LOSA data-collection and TEM training at most major airlines and many corporate flight departments.

What this seems to say is that just being routinely aware of threats and responses has a positive impact on safety. Could this work for GA?

It’s TEM Not Us
The concept of “undesired aircraft state” is central to understanding this whole process. It’s defined as anything other than normal, routine operations.

A “threat” is an event or situation that is not caused by the crew, increases operational complexity of a flight or requires increased crew attention to maintain safety margins. This could be as benign as an approach that is slightly destabilized by a gust (the threat) and our slow response to it (error).

Or it could be as serious as falling out of the sky with an engine on fire and half a wing missing from a traffic conflict (threat) that was unnoticed because the crew was reading the newspaper (error). The key, though, is that the undesired aircraft state resulted from some initial threat that was not properly managed.

Threats in this context are quite common. LOSA data collected across 4500 flights at 24 airlines suggest that there are four to six threats per flight.

Adverse weather and ATC each accounted for 25 percent of the total threats, with aircraft threats at 13 percent, airport conditions at seven percent and so on. Up to 95 percent of the threats were managed properly (without error) and of the remaining five percent or so, the threats were almost equally from the aircraft, ATC and weather. However, if we look at overall frequency, threats from ATC—by which we don’t mean the comments uttered under their breath, but confusing clearances, late changes, delayed restrictions, etc.—emerge as the biggest cause of errors.

In the context of TEM, an error is a crew action (or lack) that resulted in an undesired aircraft state or a reduction of safety margins. You can think that threats are outside events, while errors are incorrect responses to those threats. As you might expect, most mismanaged errors were aircraft handling and occurred during approach and landing.

This is airline data, not GA. Thus, there are fewer errors that result from lack of sufficient training or experience and many errors never develop because another pilot detects and responds to developing threats. The distribution of threats and errors would be broader in GA.

You Need Help
Sure, TEM leads us through the entire process, but if you strip away the fancy studies and behavioral science, TEM really focuses on awareness and vigilance—awareness that there are threats and we make errors in dealing with those threats.

This is all fine, but most GA pilots don’t have someone riding in the jumpseat noting down threats and errors for a later debrief. (Well, some of us have people riding the next seat making threats and pointing out errors, but that doesn’t count.)

So you’ll have to take this on for yourself. It could be as simple as keeping a log on your kneeboard when you realize something was a potential threat. At the end of your flight, you could review what happened and what you did—or didn’t do—and how the threat might have been better managed. Again, the key is cultivating awareness.

If you have a friend who’s game to try, they could fly with you playing the role of LOSA. This doesn’t have to be a training flight; it works just as well (and maybe better) on a $100 hamburger run. You could also ask a game CFI to do it while they put you through the paces and introduce threats on purpose. Isn’t that what training is about? Getting threats from your CFI?

With increased awareness, we’re more vigilant to recognize when something happens and are able to recover from it, regardless of whether the “something” is a small threat or a great, big, stupid pilot trick. An error that is detected and properly managed generally has no impact on the safe outcome of a flight. That’s our goal at the airlines. It might be a life-enhancing one for you, too.

In preparing this article, the author made extensive use of Defensive Flying for Pilots: An Introduction to Threat and Error Management, and wishes to thank the authors, Ashleigh Merrit, Ph.D. and James Klinect, Ph.D., at the University of Texas Human Factors Research Project, and The LOSA Collaborative.

Power tip: Aircraft Fly in Four Dimensions
We often discuss stabilized approaches. But as we think about undesired aircraft states in the context of TEM, it might be worth another quick look.
As students, we usually fly underpowered aircraft. Thus, we tend to change the power control rather infrequently—max for takeoff, climb and any cruise altitude high enough to affect power. It’s only reduced for descent and landing. As we upgrade to more powerful aircraft, though, power management becomes critical.

In high-performance aircraft, power management begins on takeoff. We manage power to keep from exceeding engine limits. Of course, we must reduce power to a sustainable level shortly after takeoff. At cruise, we further manage power to reasonable levels and finally in descent we must be ever mindful of our power setting to prevent exceeding aircraft/engine operating limits.

We might think of power as a fourth dimension. At cruise, we naturally manage heading, altitude and speed. But to manage those three we must manage the power. The same is true, but even more critical, on approach.
Say you’re on an ILS. The localizer and glideslope needles are centered and the speed is spot-on. You’ve nailed this approach and you’re proud of it!
Then all of a sudden you’re a dot high and climbing fast. You failed to notice that your stable power setting was a couple inches above normal, indicating a healthy headwind. As that wind fell off closer to the ground, you needed to reduce power to compensate, but you failed to manage that fourth dimension.
“Stabilized” refers to all dimensions of aircraft control. If one dimension is off, managing the reason will prevent that from affecting other dimensions.

At Frank Bowlin’s airline job, a briefing for each leg includes a discussion of threats that could arise, including the actions of the captain.