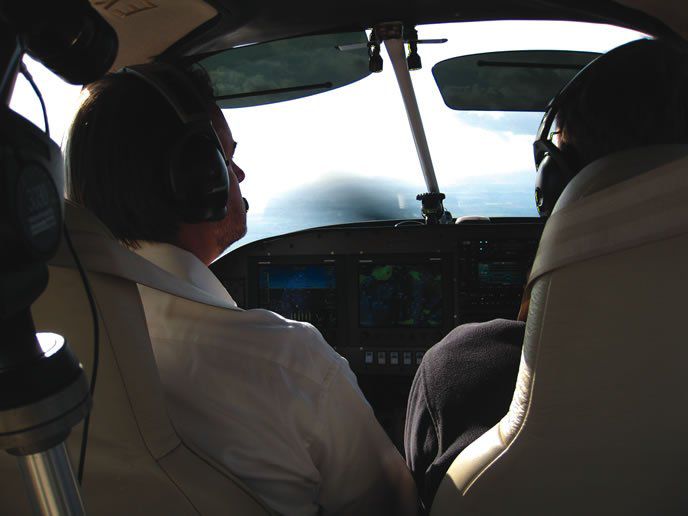 Consider the scenario of a pilot departing into a 4000-foot overcast (above the MEA) in a non-FIKI aircraft after a weather briefing that contained no PIREPs for icing but with conditions potentially conducive to it. After takeoff and a hand-off to Departure but prior to entering the cold goo, does the pilot have a responsibility to query the controller for reports of icing? If he doesn’t ask and then starts flying a popsicle, was he careless for not asking? What if there were reports just on the frequency that he might—or might not—have heard?

That was the case of a CFI providing instrument instruction north of Seattle, Wash. He was sanctioned for operating a Cessna 172 in known icing conditions. The FAA got wind of this after the plane was substantially damaged on landing at Paine Field in Everett, Wash., carrying a load of ice that rather ruined its aerodynamics.

In addition to the weather reports that indicated near-freezing temperatures in the overcast layer, the administrative judge also relied upon the fact that there were PIREPs of icing by other aircraft in the same sector and on the same frequency with the student and instructor.

An icing encounter that doesn’t result in dinged metal or an ATC situation is unlikely to result in an enforcement action. But gamble on flying through adverse conditions and lose with an incident or accident, and you’ll likely get cited. Be assured that the tapes will be saved as evidence. Ignore other pilot’s comments on the frequency at your own peril.