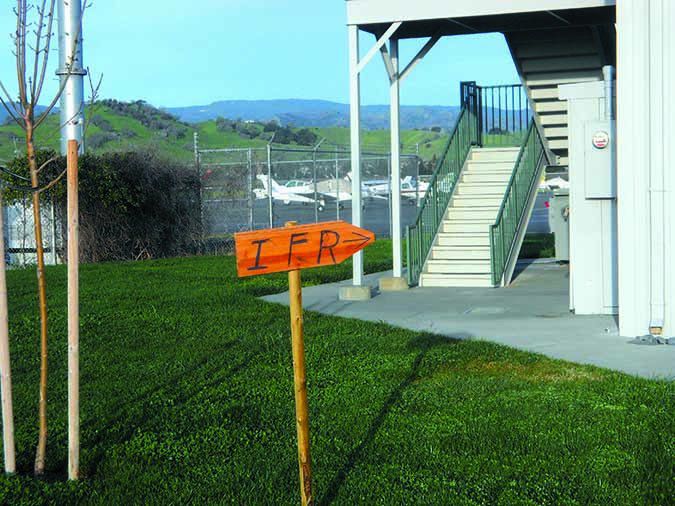 To call Richard “Dog” Brenneman seasoned is like calling the Taj Mahal a nice building or the Mississippi River a little stream. Dog Brenneman was a career U.S. Air Force pilot who cut his teeth as a Vietnam-era F-4 jock. Unfortunately, during that “conflict,” enemy fire provided him a lengthy stay in the POW wing of the Hanoi Hilton where, he said, the room service sucked and management didn’t care.

He survived his war-time experiences and went on to log many more interesting adventures in his varied and lengthy career. Through all of that, he kept and refined his 1) love of aviation, 2) thirst for gaining aviation knowledge and sharing it with others, 3) matter-of-fact approach to flying and to life, and 4) irreverent sense of humor that pervades almost every aspect of his life.

There are likely thousands of “Dogs” around the world. To find one, just go to an active local airport and ask around. If you’re lucky, perhaps you’ll even find someone who teaches an occasional class to share some of his or her extensive knowledge. Attend. Even if you don’t learn a thing—trust me, you will—you’ll enjoy the spicy commentary and history, as I did.

Dog has been an occasional contributor to IFR for, well, long enough that I’m not willing to dig into the dusty archives to find out. From the moment I took the helm of the magazine, Dog has invited me to attend his annual class that he calls, “Advanced IFR.” I always had the standard range of meaningless excuses that centered around being too busy. This year, I ran out of excuses and decided to go.

Dog flies and teaches out of Nut Tree airport (KVCB) in Vacaville, CA, about half way between the San Francisco Bay area and Sacramento. Nut Tree is a friendly little airport and is a perfect place to find a character like Dog and the class he teaches.

In Dog’s directions to the class, he said to look for the “highly exotic, exquisitely hand-crafted” sign. I wasn’t sure what to expect until I found it and it made perfect sense, given what I’d come to know of his practical approach to life and fun sense of humor. Once I was inside the building I was surprised to find 1) a very nicely equipped classroom and 2) a thriving flight school with quite a few aircraft. The class is offered through the flight school.

Dog made a point of providing refreshments like drinks, vitamin F pills (donuts and pastries), crackers and sausage and, the big hit, smoked salmon caught and processed by Dog himself in Alaska, where he spends time each summer. Cost for the 16-hour, two-day class was $39.95 in an era where some weekend classes can hit $1000.

The class tuition covers your first attendance only. Subsequent classes, if you wish to retake, cost nothing under the premise that he’d “rather buy you donuts than flowers.” Don’t lose the class handouts, though, as the free, subsequent attendances assume you still have Dog’s copyrighted materials.

Classroom teaching aids that Dog employed consisted solely of a whiteboard and an overhead projector with about a bazillion hand-drawn slides. We chided Dog, asking if his VCR still blinked 12:00, or if he used a smartphone (he does) and if he could fly glass (he can). With the correct, modern answer to those, we pointed out it was time for him to step up to computer-generated slides using something like PowerPoint. He conceded, but only after a few retorts. Perhaps next year. Or the year after…

Although class attendees aged between 20 and 70 (or so), and were pilots with experience ranging from students through instructors to airline pilots and retired military aviators, the material was truly a (from the class announcement) “guru level examination of IFR procedures and airspace.” This class assumed you knew how to fly and focused on edge-of-the-envelope items that a pilot can go an entire career without fully understanding—but probably shouldn’t.

For example, tidbits covered in the class included a view of the protected airspace for a procedure turn, a recommendation to use Pristine screen cleaner on EFIS, using station passage on a LOC approach to know when to miss, many rules of thumb for airborne math like radius of a turn, and even “cheats” like landing in zero-zero (emergency only) on an ILS by keeping the LOC centered and on glideslope until mins, then using just 300 FPM until a gentle touch down.

While all of what Dog covered is useful and interesting information, little of it uniquely applies to today’s EFIS “fly the picture” instrumentation. Instead, most of it is more critical information for the traditional-instrumentation experts. That said, many among us strongly believe that the best glass pilots first know the intricacies and tricks of flying without the glass—an argument that might seem dated but is supported by many, not just for the possibility of glass failure, but for a more thorough understanding of the overall environment. Regardless of which point you support, the background and information presented in Dog’s class were captivating and beneficial, keeping us all interested and engaged.

One measure of any class is at the end to ask yourself, “Do I consider myself a better pilot after the class?” I expect that each attendee would answer that question somewhat differently, but my answer was a guarded, “Yes.” It’s guarded because probably over 90 percent of my flying would be fine (has been fine) without the knowledge I gained. However, as Dog points out, “You don’t die from something you know; you die from something you don’t know.” Those are good words to live by and a hearty recommendation to attend Dog’s class or one like it offered by someone who is equally colorful, experienced and passionate.

Besides, you’ll love the smoked salmon.

Frank Bowlin recently ended a year-long hiatus from flying and used Dog’s class to seed his recovery. It worked.