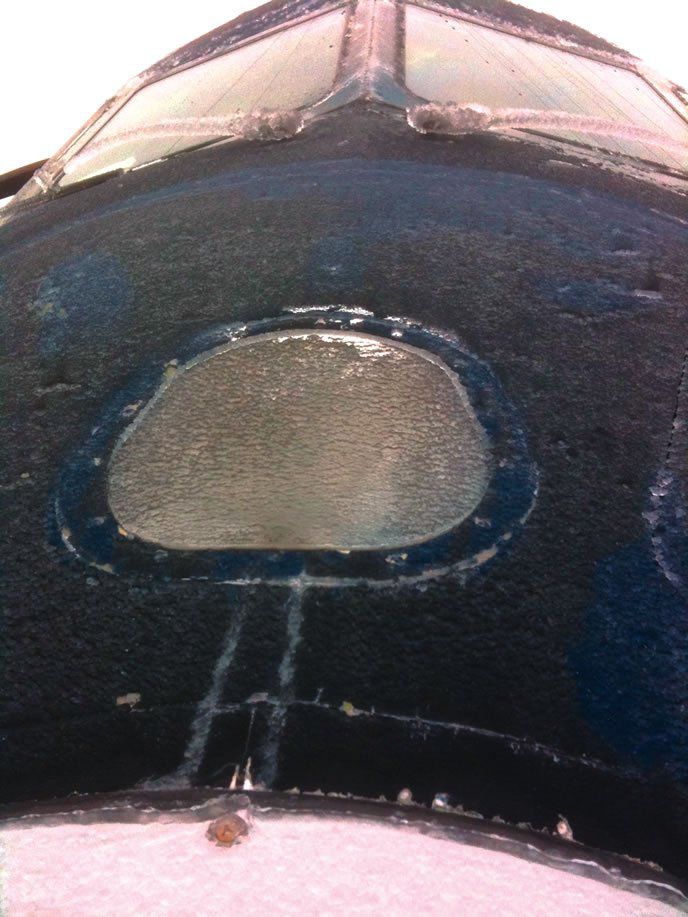 February’s “Cowboy and Cowards” sparked some passionate responses about known icing and my assertion that known icing is observed icing. To better understand known icing, we need to look at the concept from definitional, legal, and safety perspectives.

Defining known icing is a semantic and epistemological task. Easily defined, ice is water in a frozen state. The known portion is more perplexing. As a noun, known is the fact or state of knowing—knowledge. More commonly, known is used as the past tense of the verb to know. The most common definition is “to have knowledge or clear and certain perception, as of fact or truth.”

Definitions of known hint at an important aspect. It’s relative. When the verb is used, “who” is implicitly or explicitly determined. I know; you know; we know; they know. Without going too far down the rabbit hole, when referencing what another knows, “should” is implied. For example, “He should know that the sky is blue.” As a noun, known implies some sort of group agreement.

Known is distinct from forecast or potential. The science of ice forecasting improved significantly over the last couple of years. National Weather Service tools allow a pilot to view current and forecasted icing in exacting detail. Even with these advances, icing potential products max out at an 85 percent probability—not a certainty. This is partially due to aircraft-specific dynamics that affect airframe icing. Thus the question remains, how do we know icing as a fact?

The giants of modern philosophy examined knowledge. They opined that knowledge is either a priori or a posteriori; meaning independent of or dependent on experience, respectively. When it comes to icing (and all of flying for that matter), a posteriori is all that matters. Icing is known through experience. The experience can be yours or someone else’s conveyed through a PIREP.

The AIM 7-1-22 defines known, observed or detected ice accretion as: “Actual ice observed visually to be on the aircraft by the flight crew or identified by on-board sensors.” FAA Legal clarified, in a 2009 response to Ms. Bell on behalf of AOPA, writing “actual adhesion to the aircraft, rather than the existence of potential icing conditions, is the determinative factor in this definition.” They also indicated that the terms “known or observed or detected ice accretion” are synonymous with “known ice.”

This contradictory definition is derived from NTSB case law, but is only partially complete. Additionally, it ignores the established definition of potential icing conditions. The AIM defines potential icing conditions as those that may result in aircraft ice accretion. This sounds more like a “substantial likelihood” versus “observed or detected.”

FAA Legal referenced three regulations when responding to AOPA about known icing; 91.9, 91.13, and 91.103. These regulations require a pilot to comply with the operating limitations found in a flight manual, not operating an aircraft in a careless or reckless manner, and become familiar with all available information before beginning a flight, respectively.

Regulations 91.9 and 91.103 are linked when it comes to icing. Connecting these two regulations is the logic FAA Legal used to arrive at their contradictory interpretation of known icing conditions. Preflight actions, 91.109, requires a pilot to become familiar with weather reports and forecasts. This satisfies the “known” part. Pilots are also required to comply with the prohibition of flight into known icing conditions if specified in the flight manual because of 91.9. Therefore, a pilot should know about icing and operating in those conditions violates the flight manual limitation. As FAA Legal stated, “the FAA’s long-held position in enforcement actions [is] that a pilot must consider the reasonable likelihood of encountering ice when operating an aircraft.”

This quote missed an important aspect of icing violations though. Violations aren’t based solely on ice adhering to the aircraft. Instead, violations are the result of a pilot not taking action after observed icing. Legal wrote that violations occurred when, “the pilot chose to continue their flights without implementing an icing exit strategy or an alternate course of action and the aircraft experienced heavy ice formation that validated the forecasted danger to the aircraft.”

A validated forecast, by definition, means that icing is being observed, i.e. known. Therefore, the use of the term forecasted is somewhat of a red herring.

There has only been one flight-into-known-icing case to reach the NTSB this century. It occurred in 2005 and upheld a violation against David Curtis, a CFII conducting practice approaches with a student. During landing, they lost control due to icing and substantially damaged the aircraft. The Administrator’s case against Curtis rested on three points. First, he ignored two PIREPs to ATC controllers—whose frequency he was on at the time—of rime icing. Next, Curtis pointed out airframe icing to his student, but proceeded to conduct a practice missed approach instead of landing or flying above the cloud. Last, he should have known that icing was possible. In the NTSB’s ruling, the key point was that he should have recognized the potential for icing based on weather reports or forecasts, but violated regulation when he decided “to continue [the flight] when further evidence of actual icing or reported icing presented itself.”

Neither FAA Legal nor recent NTSB case law specifically forbids flight in forecast icing conditions. Instead, they contend that a pilot needs to plan for an alternate course of action in case forecast conditions become validated. FAA suits wrote that an enforcement action will be based on “whether the pilot’s pre-flight planning took into account the possibility of ice formation, alternative courses of action to avoid known icing conditions, and if ice is actually formed on the aircraft, what steps were taken by the pilot to exit those conditions.” “Cowboys and Cowards” focused on the second part of that statement, planning for alternative courses of action and steps to take when icing is encountered.

Prudence was a common name in Victorian England when it was in vogue to name girls after virtues. Lady prudence is a welcomed passenger when flying. Let’s face it, single-pilot IFR in IMC is demanding. Adding potential icing conditions only makes flying more challenging. Doing it safely requires cautious judgment and taking steps to stack the deck in your favor.

Being prudent is a quality FAA Legal cites in their interpretations. Is flying a C172, maxed out with 4 passengers, along the Front Range with ceilings below the MEA prudent? Probably not. Weight and performance severely limit options. Winging a turbo-charged Cirrus SR22T over the flat lands of the mid-west, on the other hand, is a completely different scenario. Power and altitude capability allows the Cirrus pilot to avoid most icing layers.

Regulators and lawyers masterfully contort what should be clear language. Therefore, legal interpretations and case law must be used to translate. Documents related to known icing require forecasts to be validated through observation. Although, the briefings do leave open the possibility of enforcement action if a pilot does not use forecast icing to plan an alternate course of action if icing is actually encountered.

Part of the obscurity derives from FAA and NTSB having similar missions—to promote safety. Therefore, they are motivated to provide guidance that precludes flying in potential icing. FAA Legal wrote that pilots should not expose themselves to the risk associated with potential icing. While this may be reasonable safety advice from someone manning a cubicle, it is a conservative and opaque interpretation of the agency’s own definitions. If desired, this problem could be completely eliminated by changing flight manuals to read, “Flight in potential icing conditions prohibited.” Then a forecast would be controlling.

Enforcing virtuous behavior challenges government regulators. Instead, they attempt to educate, warn, and coerce pilots towards prudent actions. Part of prudence is making the go/no-go decision. Another part is planning with alternative courses of action in mind. “Cowboys and Cowards” was about strategies to stack the deck in your favor. Then, when potential icing becomes known by observation, an alternate strategy is immediately ready to be implemented.

Not a lawyer, Jordan Miller is an ATP and CFII with a penchant for research.