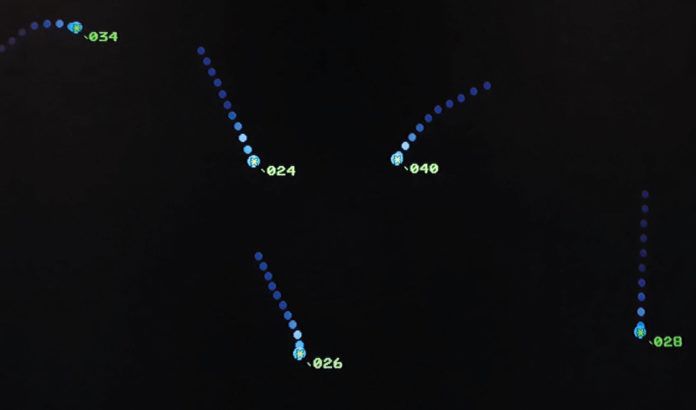 When you start your flight planning, one of the first things you may think of is the mission, how far you are going, and the minimums. Within those parameters, you determine if you need to go IFR or if VFR is sufficient. Obviously, if conditions or your own preferences lead you to an IFR flight, VFR flight following isn’t your concern.

But, if you are going VFR, deciding if you want flight following should definitely be on your list. If you’re going to pass through Class Bravo airspace you might as well; it’s virtually a requirement. Otherwise, if the weather is “clear and a million,” you’re not going through any airspace requiring you to talk to ATC, and you’ve decided to go VFR, should you consider flight following? Long story short, and after all factors are considered, the answer is “Yes.”

A controller watching you on radar to help you avoid conflicts not only makes flying safer, it is highly recommended by many controllers. It’s easier for them to issue traffic to you and others because they’re talking to you and know your specifics. Otherwise, controllers can only guess the aircraft type based on speed. For example; a slow mover at 2500 feet AGL is probably not a Gulfstream, but perhaps a helicopter or single-engine Cessna.

Flight following is not difficult to obtain in most instances, yet in others might be impossible at certain times. Planning ahead always helps, particularly if you depart at a busy time in a busy area. I once departed an airport located just outside a Class Bravo and my flight path took me straight through it. I departed and contacted approach right away, but had to wait. My plan was two circles, and then go around the long way. Luckily, I only did one circle and the controller got right back to me and we went happily on our way. Keep your options open and don’t end up where you don’t want to be! 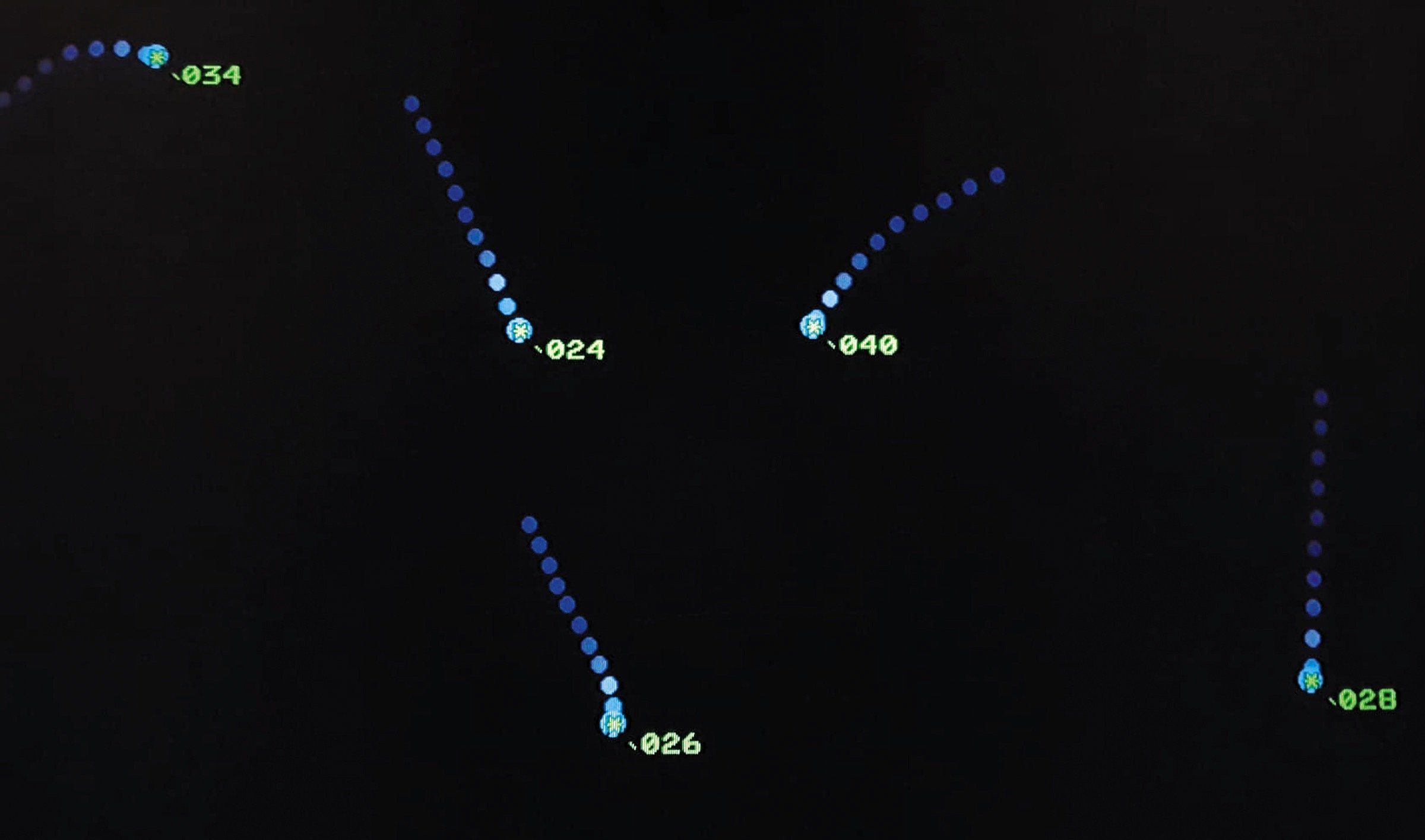 Some towers do not have this capability and handle it differently. They might even have you depart VFR and switch you to the approach or center controller for flight following. Or, they might be able to give you a number to call on the ground.

Typically, though, you can just contact the radar facility overseeing the airport—approach control or center—and request flight following; “Approach, N12345, off Smalltown, request flight following to XYZ at (directionally appropriate altitude). We’re a Cessna 172 slant Golf.” Approach and center controllers are the main people that “follow you.” They do not provide full separation services (except in the Class Bravo). Once you are on radar and “tagged up,” you are included in that controller’s scan while you pass through. They will hand you off to the next controller, and the next, and next, all the way until you land or cancel. Yes, it’s really that simple.

There are many more advantages than disadvantages to using flight following. One of the best advantages I tell pilots: “What if you had to declare an emergency?” You would already be talking to ATC and they know where you are. They’d quickly drop pretty much everything to assist you. We controllers are well trained to help pilots in distress; all you need to do is let us know. If you’ve already established contact for flight following, there is no need to switch frequencies, establish contact, or report a position. Just key the mic and speak up.

The controller will ask what’s wrong and how they can help. They might start by telling you the closest airports or offering other assistance like getting weather, runway lengths, etc. During an emergency, the controller can help take some of the workload off the pilot, but not the responsibility; you’re still the PIC, but you now have an assistant.

Another good reason is being alerted to a significant event such as a pop-up TFR or fast-moving weather. That alone could be the difference between flying into a thunderstorm or landing safely at an alternate.

One down side is that flight following is on a workload-permitting basis. If an approach controller is busy with IFR aircraft, they may not have time to respond to you. It is rare, but it does happen. If you’re trying to get a Class Bravo clearance, you would need to either remain clear until communication is established and clearance is received, or take the scenic route around it.

Another argument I hear from pilots is that ATC would vector them or limit their altitudes and they did not like it or want to do it. My response to this is first off, ATC does not vector or limit your altitudes for fun, VFR or IFR. There are many reasons it could happen, and no time to explain on frequency. It could be traffic, a recently activated MOA, pop-up TFR, a busy class delta airport that you don’t need to fly through, an active arrival or departure route, etc. We controllers are not out to get you or inconvenience you; we are there to make sure everyone lands safely and goes home to their families.

Utilizing this service, you will have a better chance of completing your approach with minimal interruptions. Based on timing, you may not be the only one headed into the airport. Trying to do those approaches without talking to ATC can prove difficult. Knowing your intentions, the controller can vector and climb or descend you as appropriate to fit you in with any other arrivals at the time. By the way, if you are requesting flight following for practice approaches, expect to be vectored, climbed and descended. Practice approaches essentially constitute practicing IFR, so expect similar handling, but without ATC separation requirements.

Having your plan in order and conveying it to the controller is a plus as well. If you plan to conduct multiple approaches, even at different airports, they can sequence you better. ATC knowing exactly what you plan to do as soon as possible helps everyone win.

Another use I’d like to mention is utilizing flight following after cancelling an IFR flight plan (if appropriate). If you are approaching your destination airport and do not want to be vectored for a visual, you can cancel IFR and request to remain on flight following until you switch to tower or CTAF. It is a pretty handy tool, mission requirements permitting. The advantage of this is allowing you to go direct to the airport with minimal deviations. After the words “cancel IFR” come over the radio, the rules change, and your flexibility goes up.

Once upon a time, I was on a long cross country at night in freezing temps and over unfamiliar territory. I was on flight following with center and it was pretty quiet. I thought I was awake and alert.

Out of nowhere, I hear two large “thuds” on my airplane—one on the wing and another under the floor. I immediately started checking everything. Engine instruments good, pitot heat on, flight controls free and correct. The center controller apparently called me to switch me over to the next controller, but I missed it. He called me again, “Skyhawk, Center, everything ok? Are you there?” I jumped back on the radios and quickly told him my story. He quickly asked what I wanted to do and gave me the closest three airports. I selected the closest. He then asked if I needed to declare, I responded with, “Negative, just a precautionary landing to check everything.”

After some positive reassuring words and that he was on that frequency, he switched me to the CTAF. I made my calls and landed without incident. I checked the airplane to find a big dent with blood in the wing and no damage on the bottom. I just had my first bird strike. I had no idea what to do or think. After a few minutes of evaluation, I determined the airplane to be airworthy and jumped back in to head home, which was still an hour away. First thing I did after I took-off was got back on frequency with the same center controller and told him it was a bird strike and everything was fine. I thanked him again and he shipped me to the next sector.

After all was said and done, I wondered how it could have ended differently. What if the bird hit differently and I urgently needed to land? I was solo, not very high due to icing above. I would not have had ample time to evaluate my situation and then figure out where to land. This fact quite literally woke me up, or as some pilots say, “wised me up.”

There were plenty of different things that could have happened, and in every single one of those scenarios, it would not have been good if I was not on flight following. I looked at a map and did some calculations. With what I remember to be my reaction time, my altitude, and familiarization with the area, I guessed I had an 80 percent chance of hitting a house, power line, or industrial area. Lucky for me, my engine was still running and the airplane still flying. All factors considered, being on flight following increased my chances of a safe landing. Since then, whenever I’m VFR and more than 15 miles out from my airport, I am on flight following. —EH

Flight following, like all ATC services, is designed to increase safety. Helping you to your destination safely is our job. Some might argue that getting vectors or altitude restrictions is undesirable, but if it helps you traverse busy airspace, prevents a collision, and you land safe at your destination, we’ve done our job.

If you are unsure about flight following, or had a bad experience, contact your local ATC facility or the radar facility involved and we will do our best to remedy the situation! Don’t get discouraged if you do not understand the answer or if it was not what you were expecting. Just keep drilling down until you’re all on the same page. I highly recommend that all CFI’s teach their students about flight following and its uses, particularly on those solo cross countries. Don’t stop communicating.