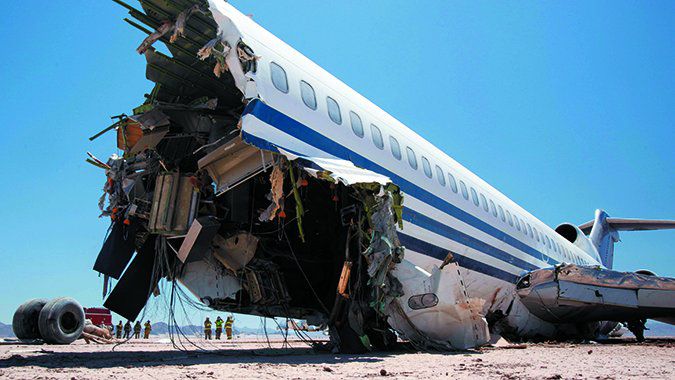 Some users of the National Airspace System live by Standard Operating Procedures (SOPs), and some do not. This is arguably the most significant difference between air carriers and general aviation when it comes to training, testing, and cockpit cultures.

This is also, by some measures, a factor in accounting for the differences in accident rates. General aviation, particularly the single-pilot, personal-flying kind, relies not on the use of SOPs, but basic personal minimums for aeronautical decision making (ADM).

As these aren’t standardized or even required, personal minimums offer little by way of an overall approach to flight discipline or ADM. It’s time for GA to start using full-fledged SOPs to spread the benefits of this operating philosophy to everyone in the system.

Personal minimums combined with cockpit checklists are the closest most of us flying under 14 CFR Part 91 get to SOPs today. While personal minimums are highly encouraged, they fail to cover many aspects encountered in a typical IFR flight.

Generic personal minimums models (available from the FAA, AOPA and others), while quite good, generally overlook considerations such as oxygen use, aircraft performance calculations, detailed IFR procedures and even some weather phenomena, such as wind shear and temperature extremes. Most GA training programs include basic personal minimums as a matter of course; however, they’re often not formalized to the point that pilots use them effectively. (This becomes evident during the ground portions of IPCs and flight reviews.)

IFR pilots do better in this area, but even disciplined personal minimums don’t go far enough. For the most part, they cover winds, ceilings, and visibility for departures and arrivals, but leave the same gaps as the canned models.

Most models are built assuming that everything works normally and weather develops as forecast. Plus, personal minimums naturally vary widely, resulting in a broad spectrum of what conditions are acceptable for individual users. Of course, it’s far better for a pilot to recognize his or her own limitations based on proficiency, currency and equipment than to casually fly all the way to minimums on a soupy, windy day. But more needs to be done to give pilots the tools to make decisions in all phases of flight, as well as to encourage consistency in the cockpit—just like the pros.

The NTSB said it best in its statements on the role of SOPs in flight safety: “Well-designed cockpit procedures are an effective countermeasure against operational errors, and disciplined compliance with SOPs, including strict cockpit discipline, provides the basis for effective crew coordination and performance.”

Neglecting to use standard procedures, or lacking them entirely, has been the common thread in Part 121 and 135 flight accidents, the NTSB found. For example, examination of 86 turbine aircraft accidents with 149 fatalities between 2001 and 2010 found a “lack of adequate procedures, policies, or checklists” and a “lack of flight crew adherence to procedures, policies, or checklists” as contributing causes.

The NTSB’s findings show that any flight operation would benefit from standard procedures. In fact, the FAA agrees with this, as stated in Advisory Circular 91-73B, “Single Pilot, Flight School Procedures During Taxi Operations.” In part: “The use of SOPs should be… emphasized during the certification and proficiency training of all pilots; emphasized and used during all phases of flight, including ground operations; and evaluated during the flight review of all certificated pilots (refer to 14 CFR part 61, 61.56).”

Yet there is little or no step-by-step guidance with a pre-determined course of action if, for instance, the RNAV goes dead enroute or the turbulence changes from annoying to scary at 4000 feet while descending for an approach.

The go-to guidance, of course, and the ultimate authority is always the aircraft POH, any supplements, and PIC authority. But what comes with the aircraft will never cover everything that SOPs can offer—real ground rules and clear parameters to aid in decision making, and clear procedures for carrying out the resulting actions. This is why the non-users of SOPs often make inconsistent or late decisions, pick up bad habits in cockpit management and show great deficiencies during emergencies, when they do occur (see sidebar).

While most IFR flight planning starts with weather and alternates, there should be pre-planned in-flight actions, such as recalculating fuel, checking weather and routing ahead and preparing for those times when unexpected weather or malfunctions occur. SOPs would outline all of these details.

Weather hazards would get treatment in a systematic way. For example, some procedures remind the crew to brief prior to an approach on wind shear avoidance, recognition, and recovery/escape procedures. Standard procedures also would make use of best practices in the cockpit: When to use a checklist and when to use a do-list, when to use a cockpit flow, and the callouts necessary to supplement such procedures.

Compared with commercial ops, callouts and flows are uncommon in piston-GA operations, which rely heavily on the manufacturers’ written do-lists. This isn’t necessarily the PIC’s fault; for many of us, a thorough and specific SOP simply does not exist. We’d do well to develop a personal SOP that’s heavy on procedures, callouts and flows to assure that we’re doing the same things the same way all the time.

Another benefit of SOPs is that they serve as effective indicators of where more training is needed. If you haven’t been breaking a sweat in a simulator enough to remember your procedures for nav failure on the ILS or other emergency procedures, then it’s time for some recurrency work.

FAA Advisory Circular 120-71A is designed for air carrier crews to ensure properly understood divisions of responsibilities, but most components can be easily adapted for single-pilot operations. The guidance includes sample approach briefings for crews, divided between the Pilot Flying and Pilot Monitoring. Some examples: A callout 2.5 miles from a final approach fix: “Gear Down, Flaps 20, Ref 20, Landing Checklist.” At the FAF: “Start timing, if appropriate. Select/Request V/S.” And: “Flight should be stabilized by 1000′ HAT in IMC, and by 500′ HAT in VMC.”

Clearly, this lack of adherence to established procedures applies to single-pilot Part 91 operations as well. SOPs tailored for specific cockpits would surely improve resource management, decision making, and reinforce good habits over bad ones. We’re not talking about a thick book to memorize for Part 91, just a page or two for each operation.

Would it improve the GA safety record? It should. It has been proven to work in air-carrier training and operations. GA should have its own version of a standardized approach to flight discipline.

Elaine Kauh is a CFII in eastern Wisconsin, where she enjoys making callouts, especially “airspeed alive” and “GUMPS!”