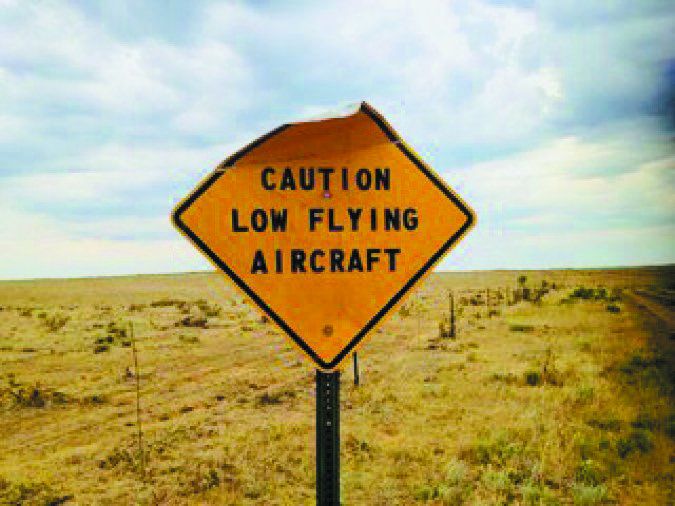 For years, V141 from Boston would take you to CELTS and then to DRUNK, which mysteriously became DUNKK around St Patrick’s Day a few years back. I don’t recall any announcement. I wonder if that was a lucid moment of sobriety.

We were over Tennessee having a pretty decent ride at FL390, but lower altitudes were not faring as well, and the chatter between aircraft and Memphis Center reflected the hunt for smoother air. As the crew of a regional jet (RJ) checked on frequency, they asked about rides.

Memphis Center: “It won’t smooth out until you land.”

RJ: “You haven’t seen my landings!”

A long time ago, I taxied my Cessna 182RG to St. Louis Lambert Field Runway 12L. I was first to the runway. There were about 18 Teenie Weenie Airlines (TWA) planes lined up on the taxiway for Runway 12R.

An F-18 appeared from the McDonnell Douglas facility on the north side of the field. Controllers directed him to 12L at an intersection ahead of me and gave the F-18 “position and hold.”

One of the TWA pilots keyed up and said, “How’s come he gets to go first?”

The F-18 was cleared to take off. He rolled about 500 feet and took off, rotating to a straight up position and quickly disappeared out of sight.

The tower then responded to the TWA pilot, “Tee Dub, when you can do that, you can go first.”

Living in a fly-in community we have frequent fly-out get-together events for various things. On Wednesday mornings, we often fly to a local airport for breakfast. The posted take off time is 7:45 a.m. but if you are not off the ground by 7:15, you are usually last. On this particular day, I had some duties that kept me in the hangar before I could leave for the breakfast fly out. I departed at 7:50 for the half hour flight. About 40 minutes after the main group left the airport.

I later found out there were 27 planes that had taken off in front of me. I worked my way through Daytona airspace with flight following and was handed off to Jacksonville approach on this beautiful VFR day. I checked in with a, “Good morning Jacksonville, November 167 Mike at 3000.”

Jacksonville acknowledged me with the barometer setting and, “Good morning. The restricted areas are cold today.”

About 10 minutes later, Jacksonville called me:

JAX: “67 Mike I have good news and bad news. Which do you want first?”

JAX: “67 Mike. The good news is that I don’t see any traffic between you and your destination. The bad news is that you are the last one to land and have to pick up the entire tab.”

We all had a good laugh about that.

I was working field operations at a major airport and got this call.

Ground: “We just got a report of a dead animal about the thousand-foot markers on Runway 13.”

Me: “Is that the previously reported dog that we cleared?”

From an unidentified aircraft: “It’s a Bird Dog!”

That was followed by an avalanche of microphone clicks and laughter.

The photograph (below) makes you wonder, eh?