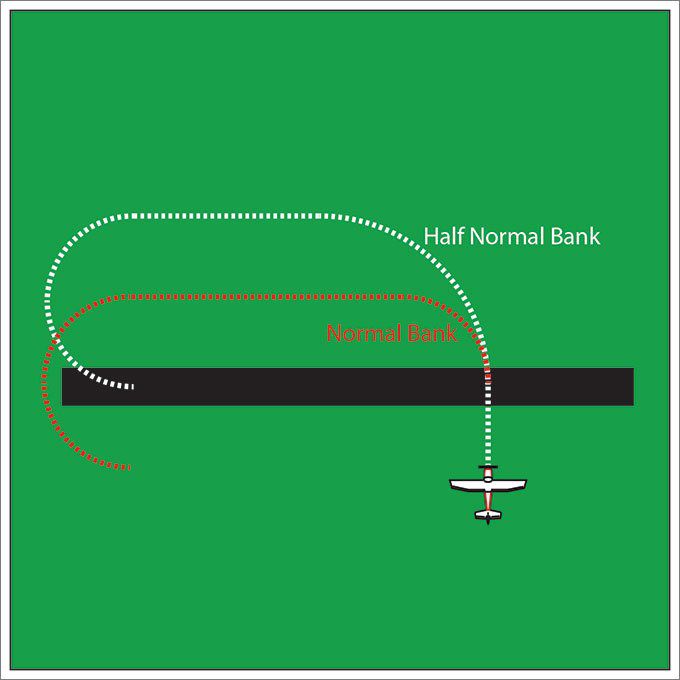 The circle to land has proven throughout aviation history to be one of the least understood, least practiced and most feared maneuvers. Add the inherent risks of low-level maneuvering in minimum visibility and you may have the most dangerous maneuvers in instrument flight. So much so that some operators prohibit such circling.

In my instruction, I rarely see an IFR flight—including checkrides—terminate with a circle because the weather is often good and the pilot is being courteous to others in the pattern who may not understand why an aircraft is turning base from a direction opposite the normal pattern. Coordinating an opposite direction approach with a circle to the active runway is also very difficult at towered airports. Bottom line, is that we just don’t get a lot of circling practice.

The Secret Is…
The secrets to performing the circling approach are to understand the turning performance and geometry of your aircraft, to possess good flight skills and instrument scan, simplify the crosscheck (no clock or math), and to stay focused on the task at hand. Once you understand the turning circle and what part or parts you wish to use, and how it relates to the maneuvers required, you will then understand the philosophy: Start at a known point, do a known maneuver, and you will get a known result plus or minus some possible wind effect, and even that can be improved with a guess at a wind correction based on the reported winds.

Select the angle of bank you want to use to circle. The max angle you’re comfortable using on your turn to final is a good choice. This will probably be 25-30 degrees. In normal circumstances, this will keep you acceptably close to the runway. Note that half of the selected bank angle will about double the turn radius. Armed with these facts and knowledge of the part of the turning circle you will apply to the situation at hand, you can now envision solutions to the circling problem.

Problem number one is the simple circle to land in the opposite direction—flying toward Runway 27, you want to land on Runway 9. In order to have a 30-degree banked turn for 180 degrees of turn to final we must be one diameter of our selected turning performance displaced from the runway. Your task is to determine how to get that one diameter displaced from the runway.

+ = 1, 2 = 1
Since two halves make a whole, simply turn 90 degrees perpendicular to your current inbound course, and roll into another back toward your inbound course. This should put you on the desired downwind, about one diameter turn to final away from the runway. Concentrate on the bank angle, airspeed and altitude control beneath the overcast. Contrary to popular belief and training, you do not have to keep the runway continuously in sight. This keeps you within the protected circling area, and that’s sufficient, so long as the runway environment remains visible.

Problem two is where many pilots have a problem. Approaching a runway at approximately 90 degrees, the pilot turns with the normal bank angle and ends up too close, so the turn to final results in either an increased bank angle or an overshoot. But if you simply make that same turn to a downwind using half of your selected bank angle, you’ll again achieve the required full diameter.

If you approach the runway at different angles, turn to create one of these scenarios, or, if it’s easier, just turn to an upwind over the runway and fly a pattern using your selected bank angle.

In some advanced training, we actually have the trainee fly the circle and final turn under the hood to observe the circular error of probability of the rollout onto final to build confidence that this simple magic works, and it works without any of the fancy toys and 65,000 color graphics to distract us.
Dog Brenneman has been flying for 50 years. As an Air Force pilot for 28 years, he instructed, flew F4s to transports and was a POW. He lives, flies, teaches and studies GA in northern California.