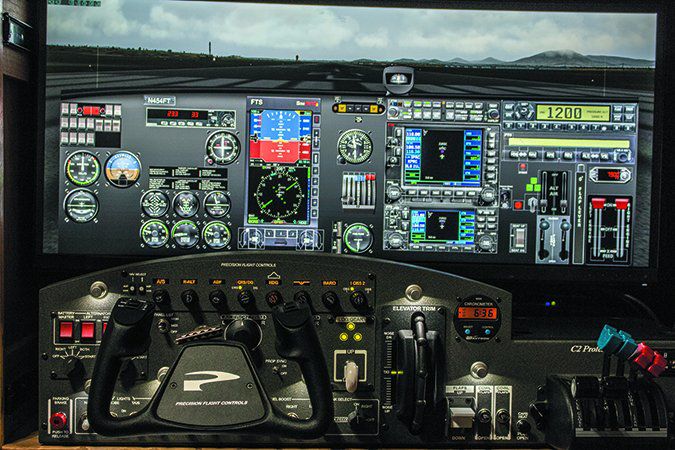 The author of “There’s An AC For That” (June 2016) suggested “the AC on weather services is surely due for an update.” Evidently she was using an old version of AC 00-45G. The picture shown in the article is the title page from AC 00-45G Change 1, dated July 2010. The FAA updated this AC to Change 2 in October 2014 with many important updates.

This gets into how these various Advisory Circulars are updated. Once an AC is issued, it’s assigned a number and a version letter, such as AC 00-45G, Aviation Weather Services. That version can be revised by issuing changes. So, the full specification of the most recent document is AC 00-45G, Change 2. The main document—original version—is what is returned by the various searches; you’ve got to dig just a bit further to find the changed versions.

When/if the FAA feels that a completely new version of the publication is appropriate, they’ll rewrite it as needed, and issue the new version with a new letter: AC 00-45H.

I enjoyed your July 2016 article, “Learn That Glass.” I have the Aspen PFD/MFD system with the IFD540/GNS430 combination. I have been using X-Plane with a Carendos Bonanza Aspen panel. I also use the SimAvio overlay for more capability. (See photo.) All this works well for practice, but the downside is it does not display SVT, SIDS or STARS. Upside is you get comfortable using these complex avionics at home.

I also use PilotEdge that provides simulated ATC around the Los Angeles basin. Since I also have business there, this setup works great for planning and practicing flights in and out of LA.

My point is that actual classes or training material aren’t the only way to learn how to use this stuff.

While the July article was specifically about finding training, by now you’ve seen “Cockpit Proficiency” in August that discusses exactly what you’ve done. Once you learn how to use a device, you’ve got to remain proficient on it and the only way is to practice. Your solution to build a sim of your own to replicate your aircraft as much as possible is exactly what we were talking about. Not all of our readers, however, have the ability and patience for a DIY sim, so we found FlyThisSim’s products (source of the SimAvio you use, incidentally) to be an excellent alternative.

How Do I Get a New Approach?

I enjoyed “IFR Airport Basics” in the January 2016 issue. I have been trying to get an approach into Trinity Center Airport (O86) for years. This is a rural airport in mountainous terrain, and is currently VFR only. Due to the terrain, it is likely impossible to get a straight-in approach. But a circling approach to a point in space would make great sense.

Like many valley airports, there are days with fog where no approach would get you in. But there are many days where the ceiling is at the surrounding ridge level, some 2500 feet above airport elevation, with clear visibility below. An approach to anything close to pattern altitude would result in a successful landing.

The kind of approach I am imagining would be similar to the GPS RWY 18 approach into South Lake Tahoe, CA (KTVL) that has a 2.6-mile visual segment. Approaches like this get you to a point in space (at the MAP) from which you either fly a visual, circling pattern from miles away, or you go missed—just what we need at O86.

The runway at O86 has only basic, visual markings, so only a circling approach would work. (Plus, there’s the terrain.) There is no runway lighting, so the approach would be NA at night. This is a county-owned facility and the county airport official supports the idea of an approach.

The single, 3215-foot runway at is 60 feet wide except for the 750-foot long, 50-foot wide extension added years ago. I’m told that approaches require a 60-foot wide runway.

How would we go about getting an approach? Is there a chance we could?

That’s a really good question. In my opinion, the practical answer is to engage an aviation consultant familiar with procedure design and implementation. The first step would likely be a preliminary design before dealing with the FAA. Assuming there’s an approach that would work, there are many more challenges the consultant will help you tackle. Of course, the biggest could be, “Who pays?” The tough issue at small airports is justifying the expense for a long, difficult process. Sometimes procedures can be implemented using private funding when there is no realistic justification (for instance, by a business that bases corporate aircraft at the airport).

On a quick glance at this particular airport, a few things stand out:

1. There are procedures with charted visual segments, like at KTVL, but these are non-standard and typically only used when it’s the only option and there is a strong need for a procedure at the airport. These are often used to ensure protection of the missed approach.

2. I can’t think of a reason why a 3215 x 50-foot runway would be an issue. The design standard for runways that support non-precision approaches is 3200 feet. You’re correct that visual markings only support circling. There is a design width of 60 feet for approaches with visual guidance, but I’m pretty sure that’s not in the cards here. This is something of a moving target, but is being enforced more now than in the past. I’ve seen several airports with shorter and narrower runways that have approaches.

3. Departures must be considered. Some quick measurements suggest this might be an issue, although a mandatory visual climb over airport (VCOA)—with fairly high minimums—might work.

4. Part of the approach procedure initiation process is an environmental impact analysis, which is beyond my area of expertise. But I did notice that the airport is basically surrounded by national forests, which could be an issue.

Assuming there’s no environmental roadblock, this would still probably be a tough design, but you should be able to get something that works. It might be a tough sell in terms of potential utilization though.