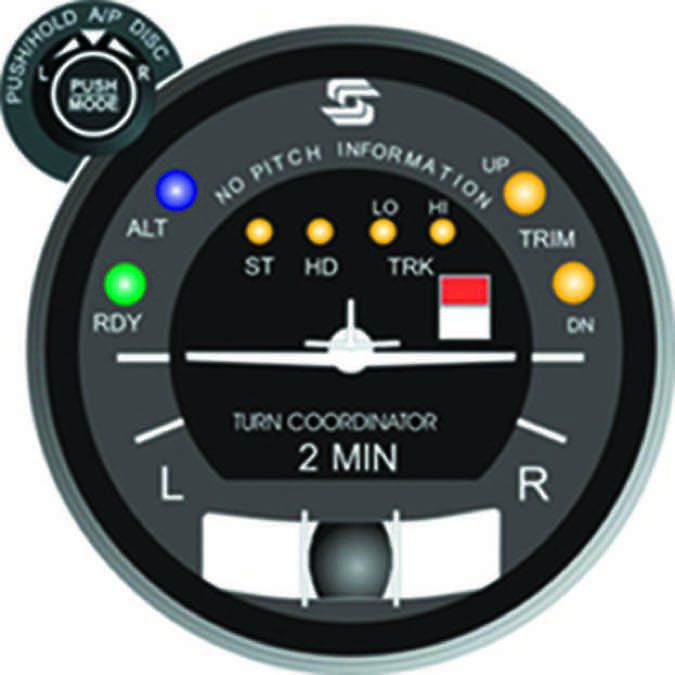 I use these systems for low-risk IMC flying. I have found that the EX-600 will not display IFR en-route charts. My work around is to use the iPad with ForeFlight software.

At what level of avionics spending would I be able to get the IFR charts displayed as part of a relatively high resolution display?

The absolute best bang for the buck in charting is via a tablet and app as you’re using. You didn’t mention your transponder, but if you’ve got a new Garmin GTX 345, you’ve already got some connectivity between the iPad and GNS430W. Otherwise, you might consider a Flightstream 210 for that connection to exchange a lot of data between tablet and navigator.

Of course, the high-dollar answer is a capable MFD or large-screen navigator. But, there’s a caveat: Most panel-mount displays will show you a moving map with airways, airports, etc. similar to what you get on your 430. In most cases this is at least sufficient and often superior to paper charts. Most of these depictions, however, are drawn from the underlying raw data. Few—mostly the MFDs, but you need to carefully check—can display an actual chart (IFR low/high, sectional) like your tablet can. If the actual chart is what you’re wanting, either stick with the tablet or look closely at panel options and pick carefully.

Where Did I See That Article?

I’m a long-time IFR Magazine subscriber, and was looking through my back issues to try and find the recent article about ICAO flight plans. I’m guessing maybe it was in the April 2017 issue, as that’s the one issue in the last 18 months that I seem to have lost. Is there any way I can get some kind of copy or reprint of that article (or issue)?

As a subscriber, you can download past and present issues directly from the web site. But, the April 2017 issue doesn’t contain an ICAO flight plan article.

We’ve run two articles on the ICAO flight plan. The first was in March 2013 and subsequent interpretations have made that somewhat in error. The second, an update, appeared in September 2015.

I’ve long observed that IFR Magazine and other aviation magazines are published by Belvoir Media Group. I’ve often wondered where the name Belvoir comes from. I’m somewhat familiar with the grand colonial estate of Lord Fairfax in Virginia, and wonder if that’s the tie in.

Belvoir Media Group is a publishing company with dozens of titles that range from corporate publications to independents like us. The company has a major presence in health and wellness publications, in sailing, pets and pet care, and other specialized-interest fields like aviation.

The name came from Fort Belvoir in Virginia. Jim Hollohan, the company founder, took a snooze in his car near its exit on the highway and liked the name.

When I first installed my S-Tec 30 autopilot it took a lot of effort to get things straight.

References to the heading bug, HD mode on the autopilot and the GPSS/HDG selector were the hardest parts to comprehend.

Even worse were the “Don’t Care” situations.

I finally had to setup a Cause and Effect Matrix.

I am a few issues behind but I do read your magazine cover to cover.

Yes, when new to autopilots, especially one with a separate GPSS converter, knowing what mode to select for what situation can indeed be confusing.

However, after a few flights behind the autopilot, if you’re still struggling, you might benefit from a block diagram showing how the autopilot interfaces with the other systems. It’s helpful to learn where it gets its signals under each situation, and what those signals contain.

It might be necessary to buy your avionics tech a few adult beverages to gain this understanding, but it’ll be well worth it in the long run.

I was glad to see (IFR July 2017 Remarks) you are participating in the FAA’s Wings pilot proficiency program. I have long advocated this structured way to maintain our currency and proficiency. I like to compare “us” and “them”—piston singles and twins and the big GA corporate flight departments who fly mostly jets. They require recurrent training, often use licensed Dispatchers, and have lots of equipment and crew redundancy.

We have voluntary things like WINGS for recurrent training, PAVE in lieu of a Dispatcher, and time in lieu of redundancy. (With time, we can go early or later or not at all when there’s a failure.) But it takes self-discipline rather than corporate or FAA rules to do these things.

I feel so strongly about how the WINGS program helps us gain and maintain that discipline that I fly with anyone on a WINGS flight at no charge. Keep on enjoying our “little GA” flying environment.

OBS Mode Not So Great

I enjoyed Jeff Van West’s August Sim Challenge, “Points in Space“. As usual, this sim challenge was densely packed with good information and thinking points. However, I’d like to comment on your Briefing Point #3 where you suggest possibly using OBS mode on your navigator.

This mode of navigation is very sensitive to magnetic variation. You’ve seen it: when you navigate an airway using GPS it often doesn’t coincide with the exact placement of the airway itself. The difference is that GPS has and uses current variation data, while the fixes and airways might be using data as old as 20 years or more. Using OBS mode in your navigator can create some significant angular errors as you get further from the fix(es).

Rather than using OBS mode, the best way to avoid variation errors between charted info and what the GPS uses is to program a leg from one fix to another, thus avoiding the variation errors altogether. Note that fixes are located using lat/lon, so don’t have any variation issues.

Jeff Van West responds: I agree with you, Luca. For me, OBS is a last-minute quick fix if I can’t do any other thinking. Creating legs or using direct-to-on-a-course-of is the way to go. That said, because we’re talking about the terminal environment (as opposed to on approach) the angular error in an OBS mode, especially close to a fix, results in minimal lateral distance off course. For a long radial and while intercepting outbound, the issue is more important.

I may be part of the minority of people who not only learn a lot from these accidents articles, but find them very interesting as well. The only difficulty I have is in hiding these stories from my wife who accompanies me on many of my flying adventures. I can see how these accident reports can be a turn off—and sometimes a deterrent to fly—to someone who is not a pilot. But to a pilot, it is a very valuable opportunity to learn from the mistakes of others, and increase our resolve to do better.

Thank you for a great publication.