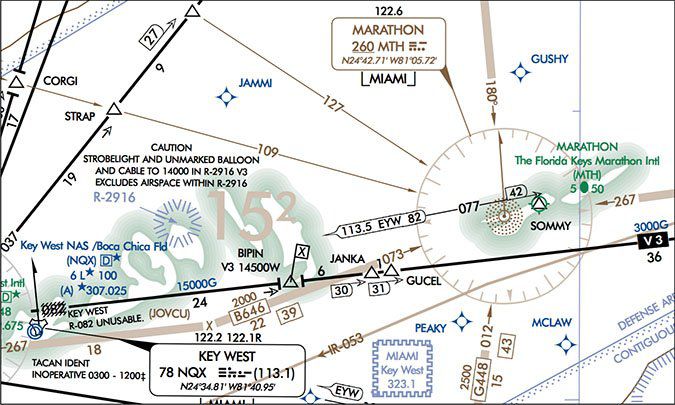 I’m not sure why you think general aviation is dying as you state in your Remarks in March. Kit aircraft are flying off the shelves and many are backordered. Deposits are even flying in for aircraft kits that aren’t in production yet. We have so much business instructing that we have to turn some away due to not enough pilots and aircraft in the fleet.

While one can certainly find anecdotal evidence such as you cite that some segments of GA are doing well, or at least reasonably well, the FAA’s official numbers for new student starts shows a continual decline all the way through 2015, (although there is an anomalous year-over-year bump occasionally).

Also, while the sales of kits might be good—I don’t have that data at hand—the enthusiasm for kit-plane purchases has always far outstripped the buyers’ enthusiasm and ability to actually turn those kits into flying aircraft. GAMA’s numbers are probably more representative of the number of new aircraft entering service and show that the number of new, piston, fixed-wing aircraft has been mostly flat since 2009, with 2016 (1142) down nearly 10 percent from 2015 (1265). Note that those are whole numbers, not thousands or even hundreds. Yes, there were only a little over one thousand new piston airplanes built in 2016 by the major manufacturers who ship their products worldwide.

Compare those statistics with the boom time of the late 1970s and early 1980s and even the more recent peak in 2006 (2755 new piston aircraft) and, well, my own rose-colored glasses just aren’t up to the task any longer. —FB

The KMTH RNAV approaches for Runways 7 and 25 have an MSA of 15,000 feet. The airport elevation is just above sea level with the highest obstacle being cell towers. There is one nearby obstacle exception; a tethered radar balloon located about 25 miles southwest of KMTH. It is inside restricted airspace R-2916. The balloon goes up to 14,000 feet. The purpose, I am told, is for the border service to detect drug runners coming from the south.

Would this be the reason for the high MSA? Seems like a note about the balloon and restricted area would make more sense. I have never been vectored into KMTH at high altitude.

There are three approaches into KMTH: the two RNAV approaches you mentioned, and an NDB approach. The RNAV approaches have a uniform MSA at 15,000 feet. Note, however, that the NDB approach has only a segment to the west at 15,000 feet, with the rest of it at the more understandable 1400 feet. The 15,000-foot segment is indeed due to R-2916 that extends to 14,000 feet and is within the 25-NM MSA circle.

Why don’t the RNAV approaches have that same MSA segmentation as the NDB approach? Because the MSA on RNAV approaches can’t be segmented, thus making the entire MSA 15,000 feet.

The low en route chart has an interesting notation for R-2916: “Caution strobelight and unmarked balloon and cable to 14000 in R-2916 V3 excludes R-2916.” That’s quite difficult to decipher until you realize that it’s two sentences; the second sentence begins with “V3.”

With an MEA on the nearby segment of V3 at 15,000 feet, why would they put that notation? The presumption is that previously the MEA was lower and the note was there to warn pilots that they’d need to be vigilant for R-2916 when flying V3.

In “Runway Incursions” in March, you overlooked the NTSB recommendation after the crash in KLAX between a landing 737 and a Metroliner holding in position, to always line up somewhat off center to avoid the aircraft lights blending in with the runway lights. I always stop off centerline and at a slight angle.

Good point, George. On February 1, 1991 at KLAX, a SkyWest Metroliner was instructed to hold in position for an intersection takeoff on Runway 24L. A USAir 737 was cleared to land on the same runway and did so, hitting the Metroliner just as the 737’s nosewheel touched down. All aboard the Metro were killed and there were 22 fatalities on the 737.

The resulting NTSB recommendations were lengthy, but included a recommendation to: “Evaluate and implement, as appropriate, suitable means for enhancing the conspicuity of aircraft on airport surfaces during night or periods of reduced visibility. Include in this effort, measures such as the displacement of an aircraft away from the runway centerline, where applicable, and the use of conspicuity enhancements, such as high-intensity strobe lighting and logo lighting by aircraft on active runways, and encourage operators of airplanes certificated prior to September 1, 1977, to upgrade their airplanes to the present higher intensity standards for anticollision light installations.”

Unfortunately, that recommendation seems to have been lost in the mists of time.

Devil in the Details

The other day my favorite CFII and I were reviewing our upcoming practice instrument approaches into Mineral Wells, Texas. He pointed out a detail on the ILS or LOC/DME RWY 31 that completely escaped my attention (and would have been a “gotcha” on a checkride). A superficial glance at the chart leads you to believe that after the IAF at MQP you fly outbound on the localizer, execute a procedure turn south, and then back inbound normally. But taking a closer look you see that you are to fly outbound on the MQP 127 degree radial, then inbound via the same radial until CUTIS, and then track the localizer inbound.

Why not just track the localizer outbound (which is what I would have instinctively done)? What would be wrong with switching to the localizer earlier than CUTIS? CUTIS is identified by the 5.5 DME from the localizer, but in theory you would still be navigating via the VORTAC by the time you get to CUTIS. Why is the approach designed this way?

I guess the lesson is: pay attention to detail.

Somebody probably just goofed. Lee Smith, our resident TERPSter, saw nothing that would have suggested this design. There was an Amdt 1 (Inset on chart) to this procedure that aligns these two values (among other changes), negating the whole question in the first place.