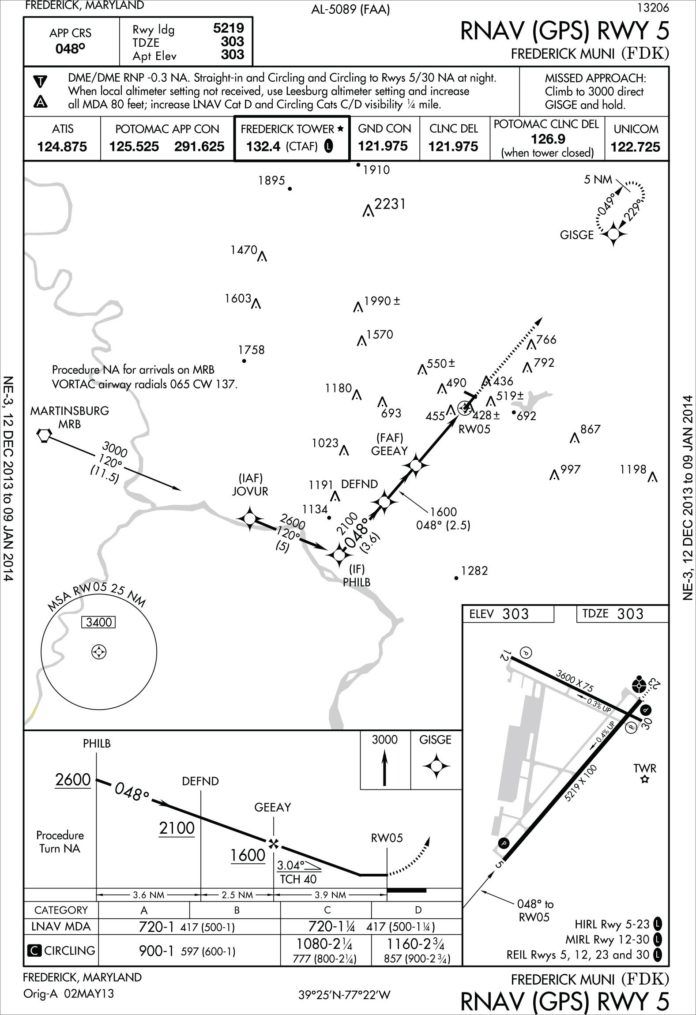 Fly the Sim
Thanks very much for the October 2013 “Simplified Circling” article by Dog Brenneman. He mentioned that “we just don’t get a lot of circling practice.”
I’ve been regularly flying the Redbird FMX motion simulator to practice circle-to-land maneuvers. I set the ceiling so that tight altitude control is required and adjust visibility, rain, day/night and wind choices to increase the challenge.

It may only be a simulation, but learning and perspiration are guaranteed. Oh, and circle-to-land a few times in the sim, especially with Dog’s pointers, and it gets a lot less intimidating.

Don’t You Have to Land?
Just finished reading the September issue of IFR and the great article, “View From Both Sides.” As a CFI, I appreciated the different viewpoints on conducting an IPC. However, as a Redbird owner, I was curious about how they conducted a full IPC in the Redbird? The article strongly implies that the full IPC was conducted in the simulator.

The Instrument PTS states that a circle-to-land approach and landing out of an approach must be part of the IPC and must be conducted in an airplane. The very recent version of the Instrument PTS (Change 5, 9/11/2013) makes it crystal clear. Am I missing something?

We asked Jeff Van West of Redbird, and he replied:
I wish we could tell you otherwise, but, no, you can’t do the circling approach and landing in an A-ATD, at least for now. The discrepancy, and probably what’s going on with the article, is that some operators have an approval letter—a specific one, rather than the national approval letter—saying they can, and the letter was issued before Instrument PTS Change 5. That gets tricky as the letter should be final authority as what can and can’t be done.
But even at Redbird’s Skyport, they now finish IPCs in the actual airplane.

Caution While Circling
I was delighted to see you highlighting the North Bend, Oregon ILS in the December issue. More than 30 years ago that was a difficult part of my IFR checkride. The designated examiner described this as the second most difficult ILS in the world, second only to Hong Kong’s old Kai Tak ILS into the hillside.
We were in actual IMC with a winter storm coming in off the Pacific. Center was working a jet in front of us that missed and caused us a real-life hold. After the jet missed the second time, Center asked if Raymer was aboard, and the examiner replied. Center suggested he could get some business from the other pilots if they ever landed.

The examiner was quite harsh with Center and informed everyone that this was a difficult, dangerous approach and they should take as long as needed to do it right. Then he added that I was having a wonderful time holding in a storm over the coastal range in the winds!

When it came our turn there was a big wind shift on final crossing the OM. I was given the choice of landing straight-in with a tail wind or missing. With the Arrow I was flying, we had plenty of runway and I just wanted to get on the ground, so we landed.

Oh, and yes, the examiner did sign me off. I have missed on ILSes numerous times since then, but never have I flown a more challenging approach.

I enjoy all your thought provoking articles and refer many to my instrument students. Lee Smith’s article, “Caution while Circling,” is a case in point. There is a lot of good info there but two things left me scratching my head.
He tells us of the new icon, but doesn’t tell us where on the approach chart it is located. The good news is that I was prompted to download FAA’s AeroNav Products Aeronautical Chart User’s Guide. There I found that the new icon is on the “Circling” line of the chart’s minimums table.

Lee mentions an interesting technique of using time to determine when to start your base turn—he mentions 20 seconds—but he doesn’t say when/where to start the timing.

Thanks for helping me keep my head in the game.

As for the 20 seconds, yeah, we should’ve done a better job explaining that one. If you’re crossing the runway at a 90 degree angle (or so), wait about 20 seconds before turning downwind. That’s just a rough rule of thumb. You might prefer Dog Brenneman’s suggestions (referenced in the article) in “Simplified Circling” published in October 2013.

You can also use the 20-second guideline as time to wait on downwind once passing abeam the touchdown zone before turning base. For this one, though, what we learned during primary instruction might be best—turn base when you’re on about a 45-degree angle beyond abeam the threshold of the runway.

There is more than one way to get it done, and the 20-second tip is just one.

Can You Do That?
Can the Frederick, Maryland RNAV (GPS) RWY 5 approach be issued and/or executed at night per the current notes?

There might be a typo in the notes section. The words, “and Circling” are there twice and that probably is a mistake. Checking the Jepp charts, the note is just, “Straight-in and circling to Rwy 5/30 NA at night.”
The “Straight-In and Circling” wording is a bit awkward, but its meaning is clear. The approach is not authorized at night for a straight-in to Runway 5, nor for circling to Runways 5 or 30. Circling at night is authorized for Runways 12 and 23 from this approach.

The reason is visual area penetrations, which is a topic that’s come up quite a bit lately. Visual areas are basically obstacle screening surfaces, one at a 20:1 slope and one at 34:1 off the runway end. Those surfaces can be penetrated by obstacles, but if they are, some restrictions are applied to the procedure.
The “NA at night” restriction indicates that the 20:1 visual area—a slope close to a normal descent—is penetrated by unlit obstacles, often terrain. Considering that, it’s probably a good idea to restrict pilots from flying the approach at night, since they wouldn’t be able to see the obstacle. This restriction can usually be waived if the runway has a VGSI, as Runway 5 does here, but in this case, no waiver has been granted.

Where’s My Approach?
While flying approaches for my instrument rating, I’ve noticed that Meriden Markham Muni RNAV (GPS) Rwy 36 approach is gone. It used to be there and Garmin said it’s due to a lack of a descent angle. Uh, what’s up?

We checked with Garmin, and although it makes no logical sense to a user not expecting vertical guidance, internally it seems that all Garmin WAAS navigators except the GNS480 have an interdependence between LP navigation calculations and a VDA. If there’s no published VDA, there’s no LP. Since the navigator doesn’t know which minimums you’re using, that approach is removed entirely.

This is planned to be addressed in a future software update. See their SA1372.