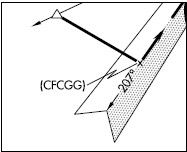 “X” Not Always the Spot

Reference September’s article, “Do You Know ICAO?” It might be interesting to note that, while the FAA usually follows ICAO standards, particularly for navigation, the FAA’s computer navigation fixes (an “×” on our instrument charts) are neither adopted nor recognized by ICAO.

Tow Bars: Ground Use Only!

Your Readback letter in September from a reader about not removing his tow bar reminds me of my own story.

Some years ago I had an aircraft detailing business at Santa Monica Airport.  I’d frequently work in my mechanic’s hangar. One day we were talking outside the hangar. The runway was off to our side, about 150 feet away. The airport was busy enough that you don’t watch every plane coming in, especially if you were occupied.

As we were speaking, a Cessna touched down just abeam where we stood. Instantly, an object flew from the aircraft, flying right between us at high speed. It slammed into the back wall of the hangar with enough force to put a hole in the wall. There’d been no time to move or even become startled until after it hit. We walked back and saw that the object was a large portion of a metal tow bar.

Apparently the pilot had forgotten to remove the tow bar before takeoff and it had stayed attached throughout the flight. When he touched down, the bar broke, sending the piece flying between us. If either of us had been hit, we could have been seriously injured or even killed. This was definitely an excellent reminder to make sure your tow bar is removed before you taxi!

+V Not On Approach Chart

Yesterday I flew the RNAV 34R into KHEF. The approach chart shows only LP and LNAV minimums. The G1000 in my plane showed an LP +V. I studied things before leaving and the instrument flying handbook says that LP approaches do not give vertical guidance.

I was unsure what to expect and more confused when I saw the +V in the Garmin. When I reached the FAF I had vertical guidance so I followed the glideslope.

However in reading after my approach, I am not sure if I should have done that. Any guidance?

The “+V” indication on approaches in navigators has been around quite a while. This is a mathematical construct created solely within the navigator as a convenience. It is not an official FAA approach type, nor is it surveyed. It exists only on GPS-based lateral approaches. So, you might see it when only an LNAV or an LP is published.

To use the “+V”, you’re still flying the underlying approach, and must meet all the restrictions. It’s been long established that a continuous, stabilized descent is safer (and usually easier) than the classic dive-n-drive technique. Vertical +V guidance should be safe to use to minimums, but remember that it’s a nonprecision approach with an MDA, not a DA. Also, be aware of any intervening altitude restrictions or charted obstacles and monitor closely to make sure you do, indeed, clear them.

There was a bit of an issue a number of years ago where some pilots treated these as precision approaches and busted mins. Often they’d treat the MDA as a DA, but some folks also figured that with a glideslope, they’d be safe to follow it even lower, hoping to break out. Since the +V isn’t surveyed, and the MDA is set for a reason, there’s no guarantee that you’ll clear an obstacle below MDA even when precisely on that mathematical
glideslope.

Alternate, Substitute, or Not?

The response to “GPS Substitute for LOC” in the September 2020 Readback is misleading regarding AC 90-108.

LOC-based course restrictions of AC 90-108 go further in Paragraph 8.c. in stating it is an unsuitable use of an RNAV system for “Lateral navigation on LOC-based courses … without reference to raw LOC data,” without any restrictions, qualifiers or more to the point under any circumstances save for the occasional emergency. 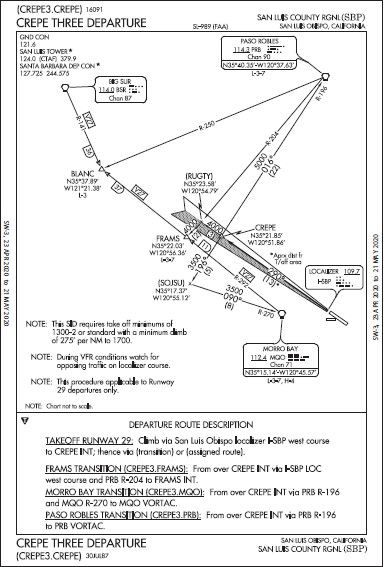 The circumstances being “substitute means of navigation” and “alternate means of navigation” as defined in AC 90-108. Fixing an intersection with an RNAV system is allowed under both circumstances per Paragraph 7.a.(1). I’ve noticed many sources apply the term “substitution” with regard to uses of RNAV on conventional procedures and routes inconsistent with the definition in AC 90-108. Even the answer in the July 2020 Killer Quiz uses the term substitute when AC 90-108 Paragraph 8.c. makes no such statement, although the situation presented in the Killer Quiz is ultimately a substitution.

The last sentence in the September Readback response stating that it’s okay to use RNAV as primary and the localizer just needs to be dialed up somewhere, such as an alternate means- of-navigation, misleads the reader to believe they are not required to use the actual localizer and this is not the case. AC 90-108 Paragraph 8.c. identifies lateral navigation on LOCbased courses with raw navaid data as primary being a requirement under all circumstances. This does not prohibit RNAV as backup/supplemental but we need to be precise in what it is we are allowed to do and when.

Even if the localizer didn’t fail you couldn’t fly the LOC course segment of the CREEP3 SID relying primarily on GPS as this is a designated unsuitable use of an RNAV system (TSO C-129/145/146 [GPS], DME/DME/IRU, or otherwise).

Everything you’ve said is correct regarding AC 90-108, of course. But, you slightly misinterpreted the last sentence of my response, to which you’re objecting.

At IFR Magazine we take a lot of pride in exploring the practical side of flying on instruments. To oversimplify, that practical ground often sits between “safe” and “legal” when there’s space between those two within official FAA guidance (regs, AIM, ACs, etc.).

Perhaps I was a bit too flippant saying I’d merely have the localizer “dialed up somewhere.” The intent here is that in the practical world, if you have both RNAV guidance and localizer guidance within view of the pilot, what does it matter? So long as you’re referring to both, and both are within a dot or so of each other as you’d expect them to be, what would it matter?

There might be a conceptual difference if you’re “primarily” watching the GPS, but the FAA has no way to know where your eyes are focusing. I’ll also point out that the AC language says, “… reference to raw LOC data.” If the LOC is within view of the pilot,nobody could claim you’re not referencing that data.

One might say that if the pilot has the GPS feeding the “primary” navigation instrument—presumably the HSI, either mechanical or EFIS—and the localizer is only on an outboard instrument (such as a second nav head, or even the receiver itself), that you’ve busted the intent of the AC. I’d argue that you haven’t; there is no requirement for how you have your navigation instruments setup and configured.

I could have the GPS feeding the HSI as prep for the rest of the departure, and that’d be perfectly reasonable. In fact, I probably would have things set up that way so the turns from RUGTY to FRAMS and beyond would be a lot easier without a lot of quick nav switching as I left the localizer course.

Last, would I indeed fly the CREPE Three with just RNAV when the localizer was actually out of service? No. That goes beyond practical and conceptual and simply crosses over into “that-ain’t legal” land, which I avoid. (I still think it’d be safe, but that’s not the thrust of this discussion.)

I hope this clarifies our position for you. It seems we’re pretty much on the same page except perhaps for a slight conceptual difference.