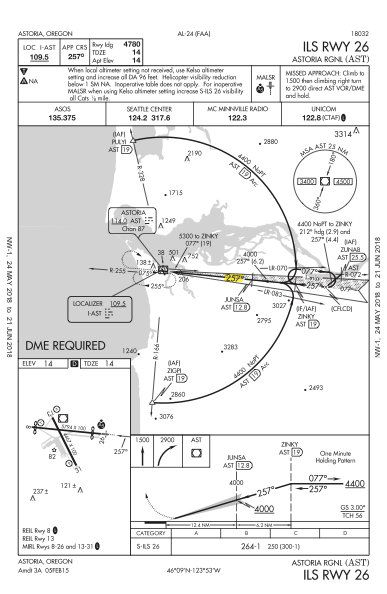 Send a text from your cell phone to 714-352-4346 with the airport ID (4 characters e.g. KSBA) and you will quickly receive the METAR and TAF (if available) for the airport. This is really handy when you have limited or non-existent cell service, as a text will frequently go through.

This is just another cool tool. Now, if we can just get a clearance by text with a reasonable void time at non-towered airports, life will be even better.

Great tip, Ron. Thanks for sending it.

More To It Than That

Question 2 of September’s quiz asks which new ADS-B (FIS-B) weather product offers a much quicker indication of convective weather than NEXRAD. Your answer was lightning strikes, citing the reason as a higher update rate. That’s correct but incomplete.

While the higher update rate is important, I believe that a better reason is that the U.S. National Lightning Detection Network detects intra-cloud lightning, which is associated with the early stages of vertical thunderstorm development preceding cloud-ground lightning by 5-10 minutes.

This information is from a published research paper by E. R. Williams, M. E. Weber, and R. E. Orville, “The Relationship between Lightning Type and Convective State of Thunderclouds” in the Journal of Geophysical Research, 94(D11):13213-13220, 1989.

What About That Guy

The article, “Not Enough Departures” in the October issue suggests that it might be (relatively) safe to depart into low ceilings from a Class G airport if obstructions and conflicting terrain can be determined by the crew of the only aircraft in the area. But it seems to me that a second aircraft in the clouds near such an airport would raise the hazard level substantially.

Yup. Absolutely.However, in the scenario discussed, both would be talking to ATC and it’s highly unlikely that a departure clearance would be offered a second aircraft if there were another in the area that could pose a threat.

Great article, “Ya Gotta Fly A DME ARC,” (September) but there’s an error on page 16 when Fred writes, “Set the 275-degree inbound course in the OBS for reference since the OBS is disabled in localizer mode.” It should read 257-degrees.

I’m known to get my “murds wixed” up when talking to ATC, but try not to mix up inbound course headings. I know this was just a typo, but some 9th grade English teacher turned pilot will point this out to Fred. By the way, I am not that teacher, as I graduated in the 1/3 of the class that made the upper 2/3 possible! But then again, this could have been a test to see who could spot the error in this month’s magazine and for finding the error, that person will be awarded a brand new airplane. If that’s the case, then my address is…

Argh. We hate it when that happens. You do know, though, that 10 out of 9 pilots are lysdexic. And, we’re all lipots here.Morale-improving beatings have been administered to the author and to our proof reader.As for the new airplane, you’re right. To get it, take this page out of the magazine. Fold it horizontally in half, fold one corner to the center. Now, fold that new fold to the bottom, making a wing…

Your DME Arc article says, “Bottom line: You still have to fly a DME ARC.” Then the second paragraph states “The Airman Certification Standards (ACS) does not require that a DME-arc approach be flown. I’m trying to figure out which is it. Required or not. Also why is the word “approach” in italics.

First, note that you can fly an ad-hoc arc around any VORTAC or VOR/DME. Pick a fix, pick a distance, and fly the arc. If you use GPS in lieu of DME—as most of us do—that fix doesn’t even have to be a VOR of any type. It could just be an RNAV waypoint in the middle of nowhere. The arc you fly to demonstrate proficiency doesn’t have to be charted. Of course, just about the only reason one would ever fly an arc for real is on an approach, but even those are becoming somewhat less common, especially as VORs are decommissioned. So, the ACS said you have to fly an arc, but it doesn’t have to be on an approach.Next, it just so happens that after the article was written, but before it was published, the FAA issued a revised ACS and an arc (any type) is no longer required. We didn’t catch that, so as you were reading the article, the new ACS is effective without the requirement for an arc. Go figure.

Twice it is mentioned that flight following is recommended near Class Bravo airspace. However the writer never specifically cautions that Bravo clearances are not automatic when receiving flight following.

Valid observation, Jonathan. Thanks for pointing that out. Yes, while it’s generally much easier to obtain a Class B clearance while approaching the airspace on flight following, it is by no means automatic and it remains the pilot’s responsibility.

We read ’em all and try to answer most e-mail, but it can take a month or more. Please be sure to include your full name and location. Contact us atIFR@BelvoirPubs.com