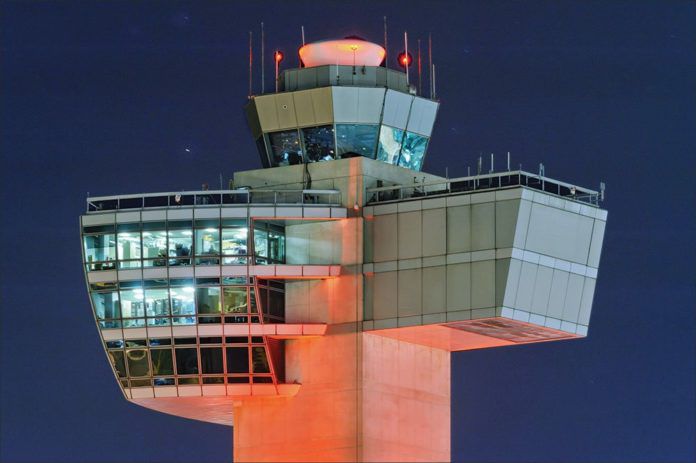 Just as we put this issue to bed, the US legislature passed a bill funding ATC by allowing the FAA to raid our airport funds. We welcome the stay, but we fear politics and budgetary constraints may yet curtail ATC, so this article will help you be ready if/when the other shoe drops. —FB

In the initial fuss over the tower closures, you may have overlooked the total staffing reduction at the FAA. No one we’ve corresponded with can say exactly what the effects would be, but it’s reasonable to assume there will be a potentially significant impact, ranging from declined VFR advisory services, to delayed clearance delivery or in-trail spacing restrictions and perhaps even—gasp!—real, no-kidding holds with racetrack patterns, EFCs and everything. Advice? Be ready for anything.

How Bad?
As we go to press, the situation is in flux, to describe it generously. All FAA facilities—from traffic management units down to the local TRACON—have announced furloughs that Center controllers we’ve corresponded with say will have a “more than noticeable” impact on General Aviation. Beginning in March, controllers got letters announcing furloughs that amount to about an unpaid day off every two weeks. One Center controller told us this will reduce controllers available in his sector from 11 to nine on a typical shift; another said the staff reductions would take her sector from nine to five controllers on a typical shift.

You can count on sectors being combined, controllers being on position longer and with fewer breaks and some services being dropped.

First to go will be workload-permitting services like VFR traffic advisories and flight plan filing on the fly. Next, some facilities will simply decline IFR pop-ups and/or will delay clearances on the ground—effectively issuing mini ground stops. Radar vectors to final in areas where you used to expect them may become scarcer and last, in-trail spacing or holds may be used to keep traffic volume reasonable in understaffed facilities.

And what’s all this supposed to accomplish? Helping the FAA trim $637 million out of its $15-plus billion budget. The closure of 149 contract towers got the most attention in the press, but most of the FAA’s 47,000 employees will be impacted by furloughs. Worth noting is that even with the cuts, the FAA’s budget remains larger than it was in 2008, when overall traffic was comparable.

While the sequester trims about 3 percent from the entire federal budget, all of it comes from discretionary spending, not entitlements, which are off limits. That’s why the FAA’s share is about 4 percent. And the FAA has its own version of entitlements: The Grants-in-Aid for Airports program was placed off limits, too. So that runway project for your local muni probably won’t be affected until they need staff to build some new approaches and flight check them.

How to Cope
Everyone we spoke to cautioned us to expect surprises and no one can predict what the ultimate effect will be, least of all us. It will probably vary with region, facility and time of day, so what applies to New York Center on Tuesday, may not apply on Friday and may be entirely different for Dallas or Seattle TRACONs.

Our advice, gleaned from conversations with controllers, is to avoid IFR if you can complete your trip in VMC. It won’t hurt to file, but if the clearance is slow in coming, you can save time and stress by just going VFR.

Of course, getting VFR traffic advisories may be more difficult than in the past. Don’t be surprised to hear “unable.” Shocking as it may seem, you may have to navigate and find your destination without federal assistance.
IFR may be business as usual…or not, depending on variables we just can’t predict. The best plan may be to file and plan to pick up your clearance as usual, while at the same time preparing contingency plans for when it doesn’t work out as expected.

One Center controller told us that controllers may be more likely to assume you’ll fly a visual at the destination airport, so if you want an approach, file it to give them a heads up. Otherwise, the sooner you request an approach, the better.

As of late April, it appeared that the towers marked for closing—all of which are contract facilities due to administrative concerns—will remain open at least through June. So if they had clearance delivery service before, that should continue. But for those that might close, you’ll have to revert to a ground RCO frequency or telephone. The Airport/Facility Directory lists some RCOs and if you’re not carrying a paper version, there’s never been a better time to get a portable reader of some type and carry that and other important information electronically. Some airports may not have listed RCOs or have unpublished frequencies that will reach a nearby control facility. Local knowledge helps and if you don’t have it, ask someone who does.

Today’s nearly universal cellphone coverage means the lack of an RCO isn’t a showstopper. Lockheed Martin maintains a national clearance delivery number (888-766-8267) that runs through six regional hubs. But they don’t have an inside track to a system that’s otherwise overburdened with clearance requests, so even more delays may be possible. Even when it’s working right, it’s more cumbersome than talking directly to the controller on position. In a pinch, the A/FD lists operational telephone numbers for Centers. While these aren’t clearance delivery lines, you may be able to get transferred to a clearance delivery position.

But controllers tell us many positions have a posted telephone number that can be used for clearances. If you’re inbound to an airport that once had a tower but now doesn’t, ask the Center or TRACON controller if a phone number or unpublished frequency is available for the return trip. Hopefully, you’ll get a frequency or phone number, but you may instead get a request to call FSS.

Pop-ups are an option, but not likely a good one in a system that’s trimming work-load permitting activities. Controllers suggest pop-ups may work in some cases, but don’t count on it. A better option is filing and getting the release on the ground and/or trying for an airborne pickup, if weather permits. Of course, don’t even think about expecting a Center controller to plug in an IFR flight plan on the fly.

It’s a good courtesy and just smoother to file something, even if you have to go off frequency to do it. Also, bring your A-game to the mic; controllers aren’t going to have the time or patience for other than crisp radio and procedures work. Also, if you haven’t flown non-radar in a while, review section 5-3-1 of the AIM. There will likely be a lot more non-radar with the reduced staffing.

Cancel Early, Cancel Often
The corollary to not filing in the first place is to cancel IFR when you don’t need it. Cancelling is one less airplane the system needs to deal with and if you’re visual, why not?

Don’t forget routine cancellations, either. When landing where there’s no tower and no RCO, cellphone to FSS may be the best option. Failing that, you can always try contacting any airplane on the frequency and ask them to relay your downtime. Get a confirmation. If you fail to cancel, ATC will start the SAR process and the last thing an understaffed facility needs is to peel off someone to find you sitting at the FBO.

Consider practicing some of that courtesy and patience when operating into a single-threaded airport, where an IFR departure won’t be released until an inbound lands. If you’re the inbound, cancelling IFR—weather permitting—will unpin the guy on the ground. It’s the right thing to do, but you have to assure you’re in VMC for the airspace.

The Schedule
Frankly, as of late April, there isn’t one. No one knows if the tower closing stay of execution will extend beyond June or how inclusive it’ll be if it happens. When we know, you’ll know.

Ditto for the lawsuit attempting to stop the controller furloughs. This was filed by the Air Line Pilots Association, Airlines for America and the Regional Airline Association whose complaint is that the furloughs are unnecessary and will cause them economic hardship.

We haven’t a clue if this suit will find a willing court. But we think it wise to prepare to operate in a new world sometime later this year. Just be ready for anything.

IFR In Class G Airspace
As the availability of ATC services looks threatened, some Centers have focused on the issue of IFR flight in Class G airspace. You remember Class G; it’s plain vanilla airspace with flight rules equivalent to the Wild West. And speaking of the west, there’s a lot more Class G west of the Rockies than east.

But can you fly IFR in Class G? You certainly can and unless you operate exclusively into towered airports, you do it all the time. In most parts of the U.S., Class E—basic controlled airspace—has a floor of 1200 feet AGL, but around airports with approaches, a transition area brings that down to 700 feet AGL. Where towers exist, Class D airspace brings controlled airspace to the surface. There are a few areas of Class E surface airspace. In the west, there are numerous areas of Class E in the mountains with a “normal” base of 14,500 feet and non-standard areas indicated by the zipper borders on sectionals, with the floor as noted.

By omission, FAR 91.173says that you’re required to have a flight plan and a clearance only when operating in controlled airspace. Since Class G isn’t controlled, no flight plan or clearance is required, but there’s no prohibition against flying in instrument conditions in Class G. All the standard IFR rules apply, including minimum altitudes, fuel requirements and so forth. In fact, FAR 91.179—the cruising altitude rule—has a section devoted to uncontrolled airspace.

Thus, when you depart a non-towered airport under IFR, controlled airspace—that is, Class E—could be as close as 700 feet or several thousand feet, depending on where the airport is. But until you reach controlled airspace, no ATC services are provided; there’s no specific separation contract.

And this, we suspect, is the source of ATC’s concern about operations in Class G. If towers do close, Class G IFR operations into Class E will multiply and perhaps some controllers aren’t as current or comfortable with this as they might be. For pilots, operating out of an airport with a closed tower shouldn’t be any different than operating out of one that never had a tower in the first place. —PB