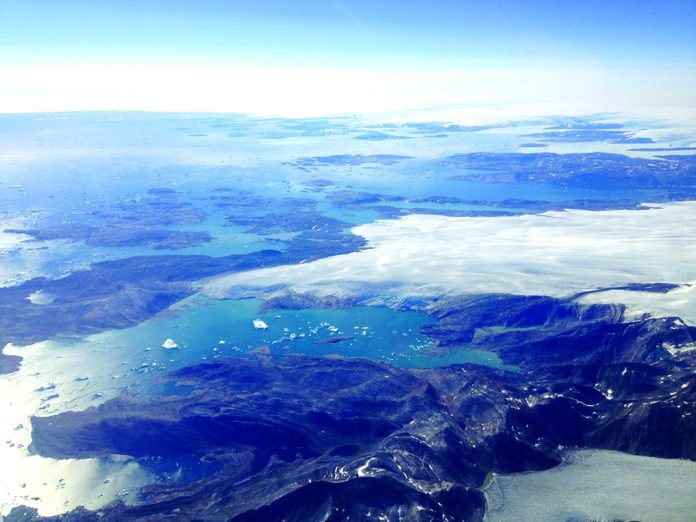 Wait, that’s it? We’re at FL150 20 NM southwest of Narsarsuaq, Greenland, in IMC with 7000-foot peaks all around the sea level airport. And that’s it? It’s up to us to safely descend 15,000 feet on an NDB approach with all those mountains around, not to mention avoid that departed jet? No guidance, no clearance, no radar. Just let them know?

This was but one of many surprises we faced outside the familiarity of North American IFR. My copilot and friend, Johannes, and I undertook a westward around-the-world flight in my Mooney. On our 78-day journey we visited 20 countries and had countless adventures.

The overarching question for us before heading out was how applicable would my instrument rating be outside the familiarity of the U.S.? We know the approaches, airspace, and traffic procedures. We know what to expect from ATC. But what about flying over Iceland, Indonesia, or Iraq? How similar is flying there compared to our training? What is general aviation like out there? Are IFR practices universal?

Having now returned we can say with assurance that 90 percent of IFR flight is the same here as it is overseas, but occasional adventures highlighted some of the differences.

My experience had all thus far been a healthy partnership with ATC. ATC issues instructions and I follow them—pretty simple, safe, polite, and comfortable. But what should I do with no one telling me how low to descend, what course to fly, or how to intercept a point on the approach?

On this approach to Narsarsuaq, I realized how pampered I’d become at home. Left to our own devices, how would we maintain that ever-important separation from terrain? The answer is straight forward, but it took some new planning and schedule adjustments. We would stay safely above the MSAs until we were over the published hold on the NDB approach.

From there we’d descend in the hold until we were at the appropriate altitude to begin our outbound leg. After that we would follow the approach precisely because we’d read about Narsarsuaq and seen the pictures of the terrain to know it wasn’t forgiving. We cleared the last of the broken clouds right before the MAP. We were high, requiring some creative S-turns to lose altitude as there’s no option for a go-around in the fjord.

With a smooth landing, refueling, and pats-on-the-back behind us, we planned our departure. We had to safely get out of the fjord and the high mountain ranges around us. We used a similar plan of climbing over the airport. Had Johannes and I not planned the evening before and repeatedly briefed the approach before our arrival, it would have been quite the challenge. This most important lesson served us for the rest of the trip: planning is paramount.

Lessons came from all around the world. The instrument flying I learned applies almost 1:1 overseas. Yet, subtle nuances—often procedural—coupled with psychological perceptions of difference, did come to light. For example: While it’s one thing to be between stations over the Rockies, what about in Bangladesh?

Between layers at 14,000 feet (FL140), we’d crossed the border from Myanmar to Bangladesh, with a transition from one international set of controllers to the next. Myanmar told us to call Bangladesh Radio. No answer. We’d learned patience, so we tried again…and again and again. With less than 50 NM to our destination, the port city of Chittagong, we continued to the on-field VOR, as cleared. We needed to descend. What to do? This wouldn’t happen “back home.” But then, we were half a world away.

Giving up on Radio we raised Chittagong Tower 15 miles out. There was understandable confusion at our presence in their airspace. At 4 miles from the airport, still at 14,000 feet AGL (and MSL), the layers having become towering cumulus, we got cleared for the ILS to Runway 23. I asked if they wanted us to descend in a hold at the VOR or fly outbound and descend. With a 10 NM outbound leg and no other traffic in the area, I’d be comfortable dropping quickly.

That a pilot would offer options confused them. Finally, directly over the VOR we declared our turn outbound. Their confusion ended with their confirmation. Our descent, approach and landing were uneventful. Lesson: ATC takes less “control” elsewhere. Don’t casually rattle off options in American-accented English. Just clearly and slowly state your intent.

By Bhutan, we’d gotten comfortable and proficient descending in non-radar environments; just stay above the MSA and descend in the hold. That’s all fine if there’s an instrument approach, but what if there is no instrument approach?

It’s technically only VFR-in-VMC in Paro, Bhutan (VQPR). With the airport in a valley you have to begin your descent over PRO VOR without seeing the airfield. Pilots have to be specially trained and certified to fly this approach, which we’d gotten a couple days prior. Only one plane at a time is allowed to approach and there was no general aviation allowed in the country up until our arrival. Added motivation to do our homework came from the approach through the valley often listed as one of the top 10 hairiest in the world.

We programmed GPS breadcrumbs to follow, to assure we had the right valley. We also plotted step-downs to ensure we were at the right altitudes at given distances. We extensively planned the descent to the airport, but overlooked the circle to land.

The descent into the tight valley went well, using the drag from an early gear extension. Yet winds dictated overflying the airport and circling in a tight neighboring valley back to Runway 15. At 800 feet AGL I retracted the gear and added more power to maintain a safe airspeed as we entered the valley for our 180-degree turn. Concentrating so much on our airspeed, the steep terrain, and the turn, I started the descent too late. Rapidly extending the gear, flaps and speed brakes, we made it down safely but with a long flair bleeding airspeed.

No one on the ground seemed to notice. They were too amazed at the size of our Mooney and asked if this was the smallest plane in the world. Although not quite that small, it was likely the first piston-single to ever land in the country.

Lesson: While careful planning of the descent and approach is required, the arrival isn’t over until landing. Don’t overlook potential maneuvering for the right runway at the airport.

Forgotten in the Philippines

With heavy inbound traffic, we’re used to controllers giving vectors for spacing or assigning holds. That’s easier with radar and with controllers used to the pace. But what about when controllers are noticeably overloaded, there’s no radar, and everyone is feverishly giving radial-DME position reports?

Nearing the DME Arc ILS Runway 20 into Iloilo, Philippines from the northwest, the controller was saturated by the 10 or so planes he was working; he seemed to forget about us. We weren’t cleared for the approach, nor were we heading towards an arc IAF. He just let us keep flying toward the airport. Without us interrupting with position reports, we weren’t a priority. We were nearly overhead the airport when we reminded him of our presence. He cleared us to a waypoint many miles behind us to the north.

With clear skies and the airport in sight we could have potentially made things easier by canceling IFR. However, we were so used to IFR-only flying that we didn’t have local VFR charts at hand. We also should have declared our position and desires once we noticed his increased workload.

Lesson: Be prudently proactive; don’t assume the controllers have you in mind, particularly without radar. Also, don’t rule out VFR flight, especially on short hops.

In our GA environment controllers are familiar with slower piston singles. In countries where private planes are the unfamiliar outliers, it was important to voluntarily keep the approach speeds up. Arriving in busy Sapporo, Japan, we were apparently too slow on approach. Lesson: Practice flying approaches as fast as possible, slowing only at the last moment.

The controllers stressed no urgency, but right before switching to ground after landing we heard a plane being told to go around. I can’t help but think that was because of us approaching too slowly. While walking to the terminal, we saw a 747 going around because of slower preceding traffic. Lesson: Some cultures and some controllers are more direct with their needs than others. Corollary: In much of the world, the pilot is an absolute authority and there’s less “control” in ATC.

It was usually easy to update the Jeppesen iPad charts in the evenings. It was more cumbersome to update our GNS 530 data. We figured that with the iPad current, we could let the 530 slip a little. Arriving in Bali, Indonesia after a long over-water flight from Broome, Australia, we were told to join the hold with all the airliners over TIKUS, a fix that was mysteriously missing in the 530.

Having heard other planes getting the same hold, we planned ahead. We’d gotten the waypoint coordinates from the iPad and manually added the waypoint to the Garmin. It was a great experience holding with the heavies as everyone slowly cork-screwed down and we got our turn for the ILS.

It worked out fine for this hold at TIKUS. Still, the better option would have been to update the Garmin regularly.

You’d think we’d have learned our lesson and updated the 530 that evening, but upon departure we were given a brand new SID with waypoints that weren’t in the database either. After that, the lesson hit home: Primary nav needs updated data.

Avgas is in scarce supply outside of North America, Europe and Australia. We were told we would be able to fill up in Biak, Indonesia, but once we arrived there was no avgas to be had. From there we set off for Papua New Guinea and hoped that we would find a drum or two there, lest we be stranded.

This was my main concern as we departed Biak. Distracted, I overlooked tuning the BIK VOR before takeoff. Being non-radar, as was common, the controller asked for our position relative to the VOR. I quickly entered the frequency in nav 2. Predictably, in my haste I bollixed up To/From and gave the controller the wrong radial.

It was nothing serious; once he questioned our position, I corrected my mistake. It was more embarrassing than anything. Lesson: Put distractions aside. Be methodical and don’t take shortcuts.

After successfully—and safely—returning home, we reflected more on the differences in IFR flying in foreign environments. At the end of the day, flying IFR abroad really wasn’t all that different than what we learn in our instrument rating written and practical tests.

The biggest hurdle was actually letting go of the conveniences we’re so accustomed to using. Today’s iPad apps are so rich with information, it’s difficult to even think of anything else. We also have an abundance of real-time online weather information. When that’s not available, things get more interesting. It was in the planning differences where the real variance existed between our different IFR environments.

Sure, we learned a lot on this trip. At each occasion, I noted the lesson as one for that locale, but applicable to international flying. From my easy chair at home, though, I now realize that, while some of the lessons represent edge cases, each of them are as pertinent to flying in the U.S. as they are in Bali.

Wolfgang Schroen is an avid traveler who’s about to embark on his biggest adventure yet: fatherhood. For more information on his around-the-world flight, see www.maggie360.com.