Few things are more annoying to me than when something simple turns complicated. For instance, our local grocery store is only a five-minute drive from our home. Some days, though, unexpected traffic, an unfortunate accident, or construction transforms a five-minute jaunt into a 20 minute slog—usually when I’m in a hurry, too.

And so it is at my approach control. Ideally, when Center hands me an arrival, my first transmission to that aircraft would be a descent to the final approach fix altitude. They want to get down. I want to get them down. It’s mutually beneficial and efficient.

Unfortunately, though, numerous impediments can arise to prevent that one-shot descent, transforming it from a single transmission into a seemingly endless wash of instructions that I have to issue and the flight crew has to read back and execute.

What can twist a simple descent into a tedious drawn-out affair?

My radar traffic was already busy when Center flashed me an inbound Airbus descending on one of our STARs (Standard Terminal Arrival Routes). I clicked on its blinking target to accept control. A minute later, the Airbus pilot checked in on my frequency. “Approach,” he said, “out of 14 for 11 with information Bravo.”

I noted he was about 10 miles from my airspace boundary. “Roger,” I said, “descend and maintain 10,000.” Our final approach fix altitude is 2000. Why couldn’t I let him descend all the way down? The short answer: airspace considerations.

My approach control—like many around the country—owns up to 10,000 feet. We’re surrounded by multiple sectors of two en-route centers, each owning certain altitudes. Sometimes, due to traffic volume, these sectors subdivide further into Low and High sectors. The Airbus was handed to me by High sector, who owns 10,000 and up beyond my boundary, and 11,000 feet and up directly above my airspace. Low owns 9000 feet and below outside my boundary.

Now, if Low/High were combined—like during slow traffic periods—I could’ve started the Airbus down immediately, even though he wasn’t in my airspace yet. When merged, Low and High are one sector that grants us control for descent, per our letter of agreement (LOA). But here, High and Low were split. So, descending the Airbus below 10,000 outside of my airspace would’ve violated Low’s airspace at 9000 feet.

Or, could I leave the Airbus at 11,000 feet and just give him one big descent later? No. That High sector he was in only extended another 25 miles. He’d then hit the boundary of another center sector that owns 11,000 and up, atop our airspace.

As I worked other traffic, the Airbus crossed into my airspace. I told him, “Descend and maintain 9000.” Wow. Another whopping 1000 feet. Why?

We’ve got a VOR in our airspace that forms the nexus of a number of airways and is a fix on the Airbus’ STAR. We get tons of overflight traffic cruising across it. Ahead of the Airbus was a Skylane at 8000 feet, whose route took him across that same VOR.

If I absolutely needed the Airbus down, I could vector the Skylane off his route and vector the Airbus off his STAR. But, today there’s no urgency; I can leave everyone where they are and, in time, they’ll be out of each other’s way.

However, the Airbus crew was probably wondering why they were getting such pathetic little descents. So, I issued them traffic. “Traffic 12 o’clock, seven miles, eastbound, level at 8000, Cessna 182. Expect lower clear of traffic.” Now, the crew was “in the know” and had expectations.

There have been days where I’ve had crossing traffic every thousand feet. It takes a lot of vectoring and needle-threading. This is not one of those days. This is just a step-down and traffic call.

The Skylane and Airbus passed one another. I told the Airbus, “Traffic no factor. Descend and maintain 5000.” He reported out of 9000. I continued working my other aircraft.

Something caught my eye: an unidentified VFR target at 5500. He’d been fooling around for a while, apparently doing maneuvers without talking to ATC (perfectly legal, of course). However, he’d just turned towards the STAR.

Sure, the VFR might turn away or descend or otherwise get out of the way. However, I’m not a fan of “might” for separation. I’ve learned from experience that airplanes somehow seem to gravitate towards one another when you least expect it.

While VFR pilots are supposed to “see and avoid” other aircraft, I know from my own flying that other aircraft can quickly sneak up on you. Despite their ability to fly, pilots are not caped superheroes gifted with extraordinary vision. It’s a busy world outside, full of weather and sun and scenery, and even 93 tons of Airbus can be missed.

Controllers must also maintain at least 500 feet vertically between IFR and VFR aircraft. However, since I’m not talking to the VFR, do we know if his altitude is correct? Can we guarantee he’s not a few hundred feet higher or lower than my radar shows? Also, is he intending to climb or descend? Which way is he going to fly?

Yesterday, for instance, I had an unidentified VFR trucking along in one direction for 20 miles. I was happily vectoring my IFRs behind him. Suddenly, the VFR reversed course. I had to immediately readjust my vectors to miss the VFR’s new trajectory.

In short: ATC operates on information and known traffic. If I’m not talking to an airplane, I don’t know its intentions or its actual altitude. Therefore, I’m not gambling with my known traffic. I re-cleared the Airbus with some extra altitude padding. “Amend altitude. Maintain 7000. Traffic, one o’clock, eight miles, maneuvering. Altitude indicates 5500.”

The way this particular STAR was designed, it sets up our downwinds at 5000 feet. That’s why I’d taken the Airbus down to that altitude earlier.

Now, though, looking at my traffic picture and the still-maneuvering VFR, I decided I could give the Airbus a shortcut away from that traffic, towards another fix further down the STAR. It would save him some flying miles and make the VFR a non-issue. “Proceed direct FFIXX, rejoin the arrival. Maintain 6000.”

Whoa. 6000 now? What happened to 5000? That shortcut takes the Airbus across the departure path of our major airport. At some control towers—including those I’ve worked earlier in my career—controllers must “call for release,” verbally or electronically securing permission to launch an airplane. However, this tower doesn’t. They have automatic releases allowing them to clear someone for takeoff without giving the radar controller advance warning.

At any moment, a new plane could be leaping into the air. Can you guess our standard departure altitude? Yes, it’s the same as our downwind: 5000 feet. Before you say, “That’s crazy!” if an arrival flies the full STAR, they’re routed well clear of our departures. A standard arrival dropping to 5000 and a departure climbing to 5000 would normally be miles apart from one another.

By using the shortcut, though, I’ve removed that lateral separation, slicing the Airbus across the runway centerline off the departure end. If I dump the Airbus to 5000, I could have a departure pop off and climb up to his altitude. I won’t have the 1000 feet vertical separation I need between IFR aircraft.

Again, like with the VFR traffic, ATC must work from available information. Do I know if Tower’s got any departures ready to go? Nope. But … what do I know? Any departures they do have will be climbing to 5000. What guarantees separation? Descending the Airbus to 6000 instead. I can then rest assured there will be zero conflicts, no matter how many airplanes Tower launches.

The Airbus cleared the departure zone. “Descend and maintain 5000.” Another measly 1000 feet. Why not take him all the way to our Minimum Vectoring Altitude (MVA), which is 2000 feet? How many rungs are on this ladder, anyway?

You probably like being around airplanes. For many, there’s peace to be found in the sun glinting off a wing’s metal skin at sunrise, the smell of exhaust, the sound of someone calling “clear prop,” or feeling the rumble of a full-power jet engine in your gut. It speaks of adventure and possibility.

Unfortunately, some people aren’t a fan of all that. Airplanes don’t speak to them. They scream at them. They shriek. They fly low over their homes and disrupt their peace of mind and their property values. When that happens too often, those people file complaints. They hire lawyers. They demand the airplanes stay far away.

Noise abatement procedures emerge from all the legal wrangling. In our case, our downwinds are at 5000—above the noise-sensitive neighborhoods. Once they get past a certain point, we can start them down. Also, jet or turboprop traffic can’t join final closer than five miles, because there’s protected neighborhoods near the final. Controllers and pilots are expected to comply with these procedures … within reason.

What does “within reason” mean? Aircraft safety is always priority one. If that same VFR from earlier wandered into the downwind at 5500, I’d take the Airbus all the way down to 4000 or 3000. Collision prevention overrides the convenience of the neighborhoods below him. We can bend certain procedures when justified by safety concerns.

The noise-averse areas fell behind, so I told the Airbus, “Descend and maintain 3000.” After all this, why not all the way down to 2000? Well… he’s not number one for the airport. I’m extending his downwind to follow an Embraer 145 on the left base leg already at 2000 to the same runway.

So, if the Embraer’s going to the same runway, why not assign everyone the same altitude? Well, picture this: the Embraer’s on a left base. If he continues straight across the final, he’ll converge with the Airbus on the right downwind. Of course, ideally, the E145 will be cleared and turn inbound to join final in just a moment, and will never come near the Airbus.

What if my radios suddenly fail? Or the E145’s radios fail? Or I get a stuck mic on frequency? Or a student pilot decides this is the perfect moment to make a long-winded VFR flight following request? Or I suddenly get distracted by a critical situation elsewhere? Don’t think any of that happens? Oh, it happens.

Were any of those situations to occur, the E145 would fly through final, converging with the Airbus’ flight path. If they were at the same altitude … noise abatement—of the loud boom variety—would become an immediate safety concern.

Remember earlier, where I was protecting for possible departures? I’m doing the same here: protecting for the unpredictable. By padding just 1000 feet, I’ve ensured that, even in a worst case scenario, those planes will not hit while I figure out a resolution. After clearing the E145 for the approach and ensuring he turned to join final, only then did I turn and descend the Airbus to follow him, clear him for his approach, and send him on his way to Tower.

Not Just Down; Up, Too

So far we’ve only focused on arrivals, but getting departures climbing can be fun too, and frequently requires the same kind of needle threading. In an ideal world, we’d love for everyone to get a climb to their requested altitude straight off the deck. Unfortunately, many of the same issues will rear their heads: crossing traffic, unidentified traffic, airspace restrictions, headings for noise abatement, in-trail sequencing, and other complications.

Hopefully this shed some light on all the considerations that go into every single altitude assignment. And this was all for just one airplane. Imagine how it is when a controller’s handling a steady stream of arrivals to multiple airports. Sometimes, there’s no choice but to take the ladder one rung at a time. 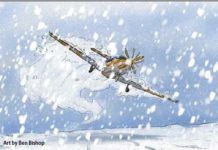