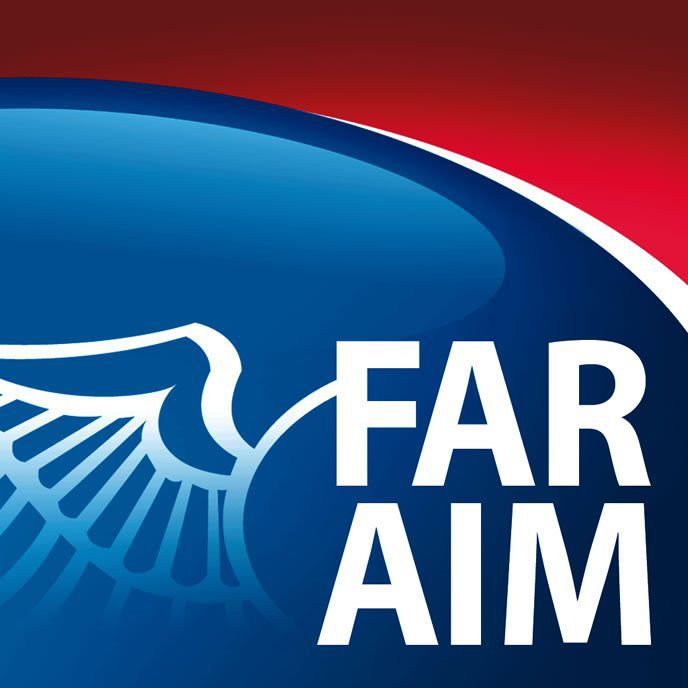 When I made my living flying airliners, someone from the non-flying world would occasionally ask me, “Doesn’t it bother you to have to make all of those decisions?”

My answer was always the same. “I never have to make any decisions. All of the decisions have already been made and are written down in a book.” Well, that wasn’t completely true. I got to decide what I wanted to eat (once I got to be a Captain) and when I wanted to eat.

Other than that, pretty much all of the decisions had been made and were written down in company manuals. All I had to do was to be familiar enough with the regulations and standard operating procedures (SOPs) that were included therein.

OK, let’s talk about that.

The first place a general aviation pilot looks for his or her limitations is the FAA—Part 91 sets some rather strict requirements. At a minimum you need to be familiar with and comply with those regulations.

However some of those Part 91 regulations may be a little overly generous for your day-to-day operation. For example, under Part 91, if you want to make a zero-zero take off, you may do so.

Would that be legal? Yes. Would that be a good idea? Probably not. So if you are not going to take off with the weather at zero-zero, what are your take off minimums? What about crosswinds? The airplane flight manual probably lists a maximum demonstrated crosswind. That’s not a limit, but if you chose to takeoff or land with a crosswind that is in excess of the demonstrated crosswind, you are doing test pilot work. However, many of us may not be comfortable even tackling that much crosswind. You should know your limit and adhere to it.

And what about tail winds? The maximum tailwind limit is, for most aircraft, 10 knots. But suppose you are cleared to land on a short runway with patches of ice or slush with a tailwind component of, say, eight knots.

Legal? Maybe. Smart? Probably not. So you are on final and you get that type of a report, and then the tower says “Cleared to land,” what are you going to do? Is that a good time to be making that kind of decision? What if you already had some kind of guidance to help you make a judgement about that kind of situation?

Now we’re getting to the meat of this subject. If you don’t have any written guidance for those items beyond the regs, perhaps it’d be a good idea if you had some.

And where would you get them? Easy. You write them. And you write them while you are sitting on the ground, in a comfortable chair, not under the pressure of flying through the muck, trying to decide what you should do.

Get in touch with a seasoned instructor or some other pilot who’s had experience flying under documented rules and procedures. Perhaps that’s a veteran corporate pilot, a pilot who’s flown Part 135 charter, an airline or military pilot.

Together, make a list of situations that you might encounter for which you’ll need limits. That list should range from mundane items like crosswinds and runway lengths, up to more complex situations. For example, if you fly in mountainous terrain, consider things like having to make a missed approach at a high-elevation airport at high density altitude in IMC. It might be wise to have limits that tell you in advance what are and what aren’t acceptable conditions and procedures. That way you’re not approaching the FAF wondering if the approach you’re flying mightn’t be such a good idea.

You’ve got to make your own list, but let me give you a few basics to get you started. Consider things like: takeoff visibility, takeoff ceiling, crosswind, tailwind, runway length relative to book requirements (either in feet—like 1000 feet additional—or a percentage increase like 50 percent longer than book), range and endurance (in terms of fuel needed in time vs. weather at destination), criteria for IFR alternate selection based on actual destination weather and the likelihood of missing, personal approach minimums for each type of approach, autopilot use in hard IMC, ice tolerance (if any) and escape criteria. The list is potentially endless, but hopefully this’ll get you thinking along the right lines.

Once you have that list, it’s time to set limits. Go back through the list and codify limits for each of the items on the list. Sometimes they’ll be absolute limits—maximum crosswind 15 knots, for example—and other times they’ll be variable. Variable limits might take multiple factors into account. For example, you might say you’ve got a hard limit of a 10-knot tailwind for take-off and landing. But you might reduce that for runways under 4000 feet long or above 4000 feet MSL density altitude, or with less than ideal surface conditions.

A lot of the limits you’ll be setting won’t be from the regs or from aircraft performance, but will be your own judgment call. Using the earlier takeoff weather example, Part 91 pilots can take off in zero-zero conditions, but few of us would (and fewer of us still, should). Sitting at a desk you might have trouble deciding just what limits you should use. Further, you should consider both ceiling and visibility. Go to the sim.

Any reasonable simulator with decent visuals should do. Spend some quality time experimenting with something as low as, say, 500-feet of visibility and “zero” ceiling. You’ll probably find that too scary, so you want to crank it up. Along the way you’ll find the visibility you feel you need before speeding down the runway. Then determine how quickly you’re comfortable transitioning to the gauges on your initial climb. Multi-engine pilots might want to do V1 cuts to help set the limits. You’ll probably get to at least a quarter-mile visibility and a few hundred feet of ceiling. Find your comfort point for each and make them your limitation. Next.

My point in all of this is that if you make those decisions and write them down while you are not under the pressure of flying, you would thus be able to consider these factors in a calm and tension-free environment.

Put It To Use

You’ve made your list of situations in which you might need limitations, then you carefully and conservatively set those limitations. What’s next? Adhere to them. That takes a good deal of self-discipline.

Let’s walk through but one example. Say you’re flying the ILS into your home airport and you know it well. The field is reporting a 100-foot ceiling and 1/4-mile visibility, but the approach requires 200-1/2. What should you do?

There’s nothing illegal under Part 91 about flying the approach to “take a look.” But doing so begins to reset expectations from “below minimums” to trying to land. You’re not really just taking a look; you’re flying the approach with the expectation—or at least the hope—of making it. So, the temptation to fudge just a bit is, for most of us, overwhelming.

Contrast that with airlines and other certificated operators who have strict guidelines about when they may begin an approach. If the conditions are above their minimums, they’re good to proceed inside the FAF. However, if anything is below their requirements, they must, by law, declare a missed approach outside the FAF.

See the difference? You, when “taking a look,” are proceeding on an approach that you shouldn’t be able to complete. Yet, unless you’re truly doing it for the practice and plan to miss anyway, you’re sorely tempted to try making it in. The certificated operator, however, has no such temptation: Weather below minimums? Don’t try. Done. Go away; come back when the weather is better.

Having a set of personal limitations is not about being legal. This concept presupposes that you’ll operate within the regs. It’s about having guidelines to help you make those situations that might otherwise be considered dangerous, become safe and uneventful.

One final thought: It’s amazing how much more conservative (safe) your flights are when you’re constantly asking yourself if that’d be the right thing to do with an inspector or your family on board. So, when making your limitations or deciding whether to follow them today, think about that inspector. An adjunct to that thinking is to ask yourself how the accident report would read if your present course of action doesn’t turn out quite the way you hope.

You will find that having “pre-made” decisions can relieve you of a lot of stress and make your flying more relaxing and fun. And isn’t that what it’s all about?

George Shanks retired from a major U.S. airline and now teaches at a major independent training facility in Dallas, Texas.