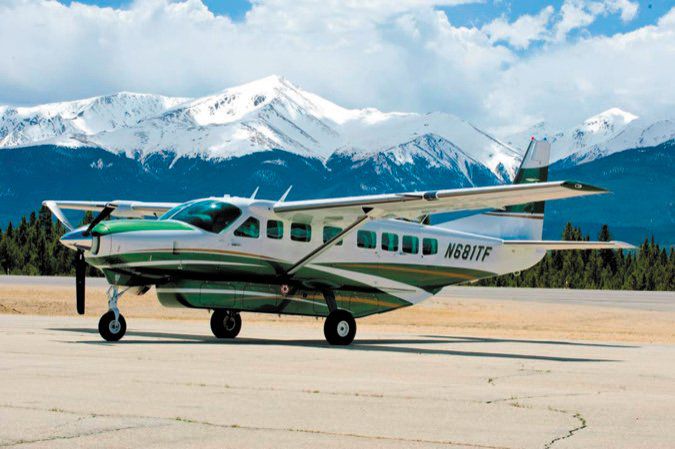 Agood friend of mine is a physician and a pilot. (No, there isn’t a Bonanza in his hangar; he happily flies a Mooney Ovation.) I’ve always found him to be a very safety-conscious pilot. He gets an IPC every six months and does other periodic training. When he wanted to do something different, I suggested he get an airline transport pilot certificate with an airplane single-engine land rating. (ATP-SEL) “Why?” was his first reaction. “I don’t need it for the kind of flying I do.”

An ATP is required for Part 121 (scheduled and non-scheduled airline) and most Part 135 (commuter and on-demand) operations. However, 14 CFR 121.159 explicitly forbids the use of single-engine aircraft in Part 121, so an ATP-SEL has admittedly limited incremental uses.

I grant that the ATP-SEL has limited privileges, but just like getting a commercial, it adds to a pilot’s aeronautical knowledge and results in increased proficiency.

Note that we’re only addressing the ATP with an airplane single-engine land class rating. There’s also a single-engine sea rating. Plus, of course, there’s the ATP multi-engine that’s much more complicated after the changes requiring certified training that became effective in July 2014. We will not be addressing these. (See the side bar for more details.)

Per 61.159, the basic requirements for an ATP are 1500 hours total time including 500 of cross country flight, 100 hours of night flight, 75 hours of instrument time and 50 hours in an SEL airplane. Time in simulators, as second in command (SIC) or flight engineer, and night-landing credit can be used to meet the minimum hours. You’ll also need a SEL commercial certificate with an instrument rating.

So, bring your logbook up to date and see how close you are to the minimum times. If there is a gap, make a plan to fill it. If there’s no gap, the next step is to take the knowledge test.

You don’t need an instructor endorsement to take the 90-question ATP single-engine knowledge test (FAA code: ATS) the first time. It contains instrument-rating topics such as: IFR navigation equipment, holding and approaches, along with weather topics like weather reports and forecasts and wind shear.

There are two main differences from commercial pilot and instrument rating knowledge tests. The airplane used for performance and operating calculations is the Cessna Caravan single-engine turboprop. The second difference is that some of the regulatory questions come from Part 135: Operating Requirements: Commuter and On Demand Operations.

If you don’t plan to fly Part 135, you might scoff at learning the 135 regs. But consider that there might be an opportunity to incorporate these enhanced-safety requirements into your Part 91 flying.

Like taking the knowledge test, you don’t need an endorsement for your first shot at the practical test. But it might be difficult to find an examiner.

Not all ATP examiners (ATPE) can give the SEL practical test. You need an ATPE who holds an ATP-SEL. Unfortunately, the FAA.GOV database of ATPEs does not show if they can give ATP SEL practical tests. You’ll need to call your local FSDO to find SEL ATPEs. Since an appropriate examiner might be difficult to find, you should probably begin your search early.

The FAA hasn’t yet updated the ATP to the Airman Certification Standards (ACS); it’s still in the older practical-test-standards (PTS) format. Nonetheless, comparing the ATP (using PTS) to the instrument rating (using ACS) is useful to see the additional requirements for the ATP. The table on the previous page is not a complete comparison, but it’ll give you an idea of what to expect as you use the ATP PTS to prepare for your test.

At a high level, the two are very similar, but there are two main differences. The first is that the ATP requires airmanship skills such as stalls, steep turns, and powerplant failures very similar to those required for a commercial pilot certificate. But there’s a twist. The maneuvers for the ATP have to be done with a view limiting device—”under the hood.” The second major difference is that for the ATP certificate, typically the maximum allowed CDI deflection is scale as compared to scale for the instrument rating.

I hope that the information here will encourage you to consider getting your ATP-SEL. Doing so will certainly improve your proficiency and your confidence, while broadening your overall aviation knowledge base. If you shrug off the idea, at least consider researching the ATP and flying your next IPC to ATP standards.

Oh, and my doctor friend? Well, after a little convincing, he’s now enthusiastically pursuing his ATP-SEL. Of course, he wants to ace everything so he’s spending a lot of time preparing for the tests, but he’s well down the path. He even found a qualified examiner.

Due to recent changes, first officers of Part 121 and Part 135 operations new need an ATP MEL with an appropriate type rating(s). Previously only a commercial multi-engine certificate with an instrument rating was required.

The normal pathway to the ATP for civilian pilots is through time building by instructing and flying charter flights. The ATP’s experience requirements typically pose considerable hurdles for fledgling professional aviators.

A Tale of Two Logbooks

There are several definitions of cross-country time. The definition in 61.1 (b) is a flight that includes a landing at other than the point of departure and utilizes some sort of navigation: pilotage, dead reckoning, electronic navigation aids, etc. A flight from my home base in Pompano Beach Airpark, FL (KPMP) to Boca Raton (KBCT) about 8 NM away is a cross-country flight if I land at Boca. My navigation is following the interstate. If I don’t land, it’s not a cross country.

For the ATP with a single-engine rating, 500 hours of cross-country time is required. (The rules vary with the different flavors of the ATP.) While this cross-country time does include at least a 50 NM straight-line distance,no landing is required. This accommodates military pilots who might fly hundreds or thousands of miles but take-off and land at the same base or aircraft carrier.

I recommend any pilot aspiring to an ATP, whether single or multi-engine, keep two logbooks. In the “main” logbook, log all cross-country flights with landings other than the take-off airport regardless of distance. In the “secondary” logbook, log all flights greater than 50 NM straight-line distance that may or may not include a landing.

Interestingly, in 1986 Dick Rutan and Jeanna Yeager flew the Voyager 22,927 NM around the world non-stop in over nine days. This flight-endurance record, did not count as a cross-country flight because it took off and landed back at Edwards Air Force Base. But, it would have counted towards ATP cross-country time.

Years ago, Luca Bencini-Tibo earned his original ATP certificate with a SEL class rating in a Cessna 182, and to this day he’s never used it. At the least, it gives him bragging rights.