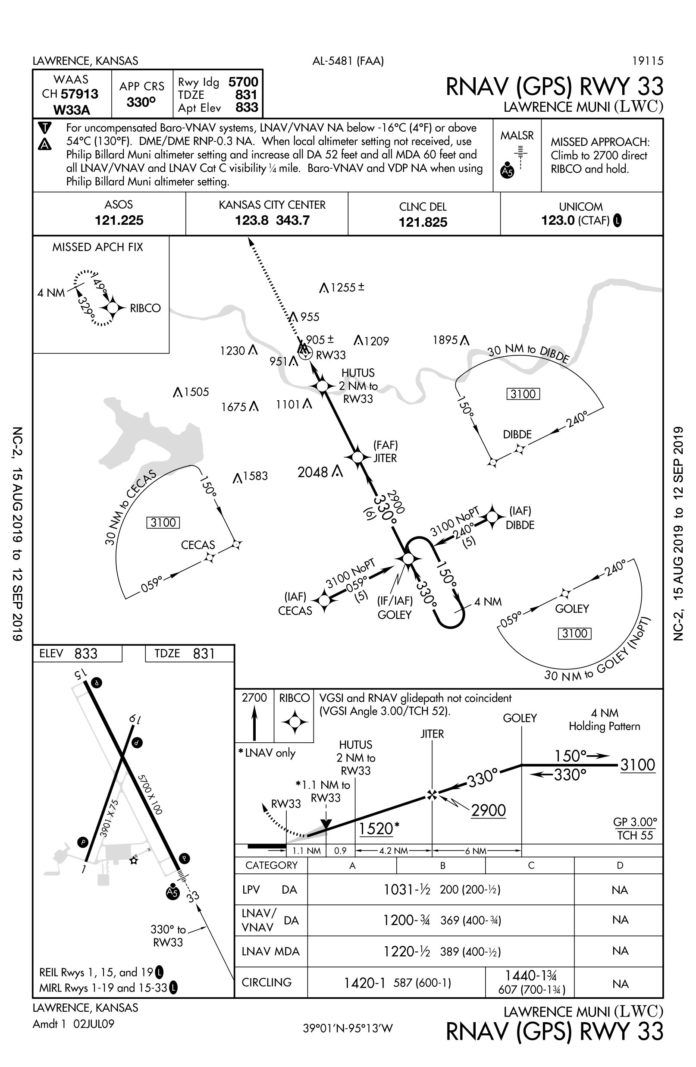 Pop quiz: When must you file an alternate? That’s an easy one, we all know the rule about needing 2000-3 one hour before and after the ETA. Next question: When do you file an alternate? Probably the most common answer is, “I always file an alternate.” Fair enough, it’s never a bad idea. Now, regulations aside, why do you file an alternate? Naturally the response is: In the event the weather’s gone down too low at the destination and we need somewhere else to go. Right up there is an unexpected loss of equipment or a navaid required for an approach. And while the regs are also designed to provide a backup for lost communications, this often serves as a distant third, ’cause these days we’re just not all that worried about that.

So how do you choose that alternate? Another easy one; it’s the 600-2 or 800-2 rules with an ILS or not, respectively. Does your favored alternate have that tried-and-true ILS? Yep, so off you go. That’s how it’s done 99 percent of the time. But this super-quick method for choosing alternates doesn’t always provide the safety net it was designed to have. That’s because these rote numbers tend to have us file alternates that are 1) near the destination and 2) 600-2. For the rare times when it’s needed, you’ll want a well-thought-out alternate plan that doesn’t back you into a corner.

Here’s a flight where that matters. For the 234-mile trip from sunny Muscatine, Iowa to a fog-laden Lawrence, Kansas, you’re facing ceilings well below 2000 feet and three miles through your 9:30 a.m. ETA, so 91.169 kicks in. The en-route chart shows a dozen-plus potential alternates. Plus, you’re unfamiliar with all these satellite airports in the Kansas City International Class B. Sigh … can we just pluck out an airport that meets 600-2 and get on with breakfast?

The raisin toast will have to wait for a minute ’cause the morning’s LIFR conditions mean estimating (really, guessing) when the mist will actually start lifting at fill-in-the-blank airport. The hourly graphical area forecasts indicate Kansas City reaching 600-2 by 10 a.m., 30 minutes after the intial ETA and about the time you’d reach an alternate. Things won’t improve until 11 a.m., when it could suddenly pop up to 1500-5 or better.

At any rate, your alternate airport won’t change if the weather improves more than expected. There are two airports in Olathe to the south, two in Topeka to the west, all within 50 NM and most with their own TAFs, a big plus. There’s also KMKC, Wheeler Downtown, to the east of Lawrence. It’d be nice to be right in town if you end up diverting, so there’s the winner. Time for toast and coffee.

Or … maybe you shouldn’t start the toaster just yet. Two things had fallen through the cracks. First off, Wheeler Downtown has non-standard alternate criteria for the ILS/LOC Rwy 3, which you’ll need as the alternate procedure for your non-WAAS, Cat-A aircraft. To serve as the alternate, it calls for 900-2 instead of 600-2. Will KMKC still qualify? Difficult to say, given the local nature of this weather. There’s another ILS approach to 19 that meets the alternate minimums, but that’d be downwind and circling minimums won’t cut it for you as an alternate given the conditions.

Now, 91.169 says that the alternate minimums, as applicable, are for “the estimated time of arrival at the alternate airport,” which puts you just past 10 a.m. if you miss at Lawrence and head eastbound. If you want to cover yourself, you’re better off moving everything an hour later so that the 11 a.m. forecasts kick in (and you can be more confident in making both Lawrence and/or Wheeler.)

The other thing is fuel. You’re not topped off, since you’ve got two passengers, three bags, and one engine. That trims endurance from five hours to 3.5, so a full stop at Lawrence would leave 1.5 hours of fuel, assuming you’ll fly the RNAV 33 approach from the eastern initial fix, DIBDE. If you don’t have 400- there (your LNAV MDA, actually 389- ), that leaves less than an hour to fly to Wheeler via vectors or an IAF, fly the procedure, and arrive with the regulatory minimum of 45 minutes. Seems tight, but this is just to meet the regs. You can always get cleared to an airport that’s a bit closer like Topeka or Olathe. And, you’ve already decided it’ll be just one attempt at Lawrence before diverting, just to protect those reserves. Good thinking. You get extra butter on that toast.

Over breakfast, there’s time for more contingency planning. The color-coded METAR maps paint some green (VFR) from Muscatine until the Class B boundary, with pink (LIFR) just about all over Kansas City until you get south of the airspace. So should something go wrong mechanically while in VMC, you can stay visual and divert nearby. Once in IMC, there are plenty of airports en route, just not with good weather, but the small risk of a significant malfunction in IMC is a risk you’ve long ago accepted.

Speaking of which, what if a mechanical means losing the radios? If you’re not quite on the RNAV 33 approach to Lawrence, but you’ve already coordinated with ATC to expect DIBDE, you’d proceed there if NORDO and go on in. But what if you go missed, which is more likely on this day? Using the lost comm procedures in 91.185, the filed alternate of KMKC applies, as it’s the next anticipated step if in IMC.

Going with this idea, you could put in OLATH, a straight-in IAF to the Wheeler ILS RWY 3 in the alternate route remarks. Also, filing the IAF to the destination to cover a NORDO occurrence is common practice, so you’d also want to go back and put DIBDE in the filed route in addition to the alternate IAF and airport. This makes sense given the busy airspace. Who wants to fly around NORDO in IMC, without a backup that ATC can go on? Even if you went visual as the fog dissipates, your plan then would be to divert ASAP to a VMC airport, which if near Lawrence would likely mean making a beeline south towards the visual conditions and, better yet, away from the airspace. By the time your flight plan gets adjusted, the toast and coffee are cold, but that’s an easy fix compared to this flight plan, indeed.

Nowadays, with GPS, multiple radios and newer equipment all the more common, we tend to not think too much about picking alternates to account for lost comms or even going missed and having to actually use the alternate. Alternates only have to meet the given legal standards of equipment, ceiling, visibility and fuel, but that doesn’t mean we can’t take a step beyond that and prepare for what we’d actually do, even if it means delaying a flight, or even breakfast.

Elaine Kauh is a CFII in eastern Wisconsin. She can’t stand cold coffee or unbuttered toast, and yet has lost count of the number of times she’s had those for breakfast.