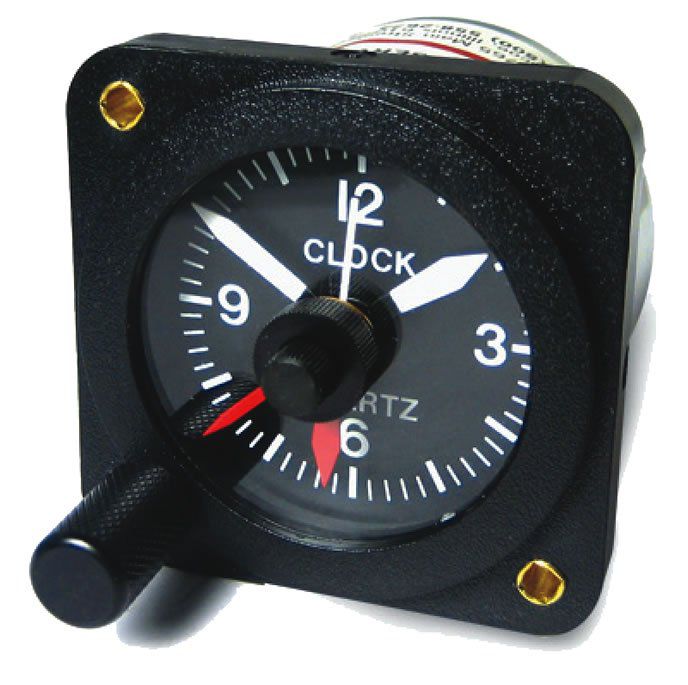 In the sidebar section “Everything You Say Can and Will…” of Tarrance Kramer’s “Fibbing on Frequency” in August, he said that everything you say is recorded. I once heard that a controller can put a “hack” mark on the tape to mark where a discussion or a disagreement has taken place. True?

We can’t just “mark the recording” on the fly, because there’s really no need.

If something needs review, we manually write down the time range, call sign, and other relevant notes. For instance, if a runway incursion happens, I’d scribble down “1205Z-1215Z. N12345. Runway incursion,” tear off the sheet, and pass it on to a supervisor. The supervisor can pull the audio (and radar) recordings for all ATC positions involved literally seconds after it takes place, so if we need to make statements or file a report we have the data immediately available.

Does Your Clock Work?

In the sidebar on page 7 of the June issue, while discussing the clock required by 14 CFR 91.205(d) author Elaine Kauh wrote: “Technically, the ‘clock displaying hours, minutes, and seconds with a sweep-second pointer or digital presentation’ is supposed to be certified, installed equipment, meaning it has to be the original clock or an approved replacement, and it has to be operational for legal IFR flight. Really? Yes, really.”

The words “technically”, “supposed to be”, and “really” do not provide the regulatory foundation or reference basis for her statement “…is supposed to be certified, installed equipment, meaning it has to be the original clock or an approved replacement…”

Can you provide the regulatory substantiation for the writer’s “…supposed to be…” statement in the paragraph immediately above regarding the clock, gyros, and two-way radio.

These are all required equipment for IFR flight. The “technically” and “supposed to be” are an acknowledgement that many original clocks don’t work and few of those have actually been replaced with ones that do. We’re not aware that clock compliance is high on the FAA’s list of important things to enforce.

But it could be, because it’s in the regs.

Devil in the Details

After reading “Looks Can Be Deceiving” in the June issue, “the devil in the details” jumped out and bit Mr. Van West.

Jeff confused the VDP with the MAP. According to the FAA H-8083-15B “VDP is a defined point on the final approach course of a non-precision straight-in approach procedure. A normal decent from the MDA to the runway touchdown point may [emphasis added] be commenced, provided visual reference is established.” If you don’t have visual reference at the VDP, you must continue to the MAP before executing the missed.

The author says the VDP is 4.5 nm from the runway. “That makes the straight-in visibility minimum laughable.” The MAP for the LOC 16R is determined by timing, which it appears Jeff ignores, from the FAF or VOR/DME, that puts you 2.4 nm from I-RNO and .6 nm from the end of the runway. With 1-1/4 miles visibility and a MALSR lighting system I wouldn’t call that laughable.

The second detail Jeff seems to miss is the in the black box on the airport view. If he was paying attention to details he would have realized there is a “Declared Distance Information” (DDI) for runway 16R. This would have sent him to the A/FD, were he would have realized there was a 999-foot displaced threshold for 16R. It’s possible the MDA for both the ILS and LOC minimums were changed to accommodate the displaced threshold so that all the lighting systems at the airport did not have to be changed. And with the 3.49 degree descent angle you would cross the threshold at 55 feet. Also, considering where the MAP is you would be 1-1/4 miles from the touchdown zone.

Let’s take a closer look at things. A VDP is a point from which you can continue a descent to landing using “normal” descent rates and maneuvers required by 91.175. (c)(1). That’s the whole purpose of a VDP. With the MDH being 1600 feet, that puts the VDP (as you can see on the chart) 4.5 miles from the end of the runway with the published in-flight visibility minimums of only 6000 feet (1-1/4 SM). So, a normal descent below MDA must begin about 4.5 NM out, but you can’t descend until you see the runway and you’re only required to be able to see 6000 feet. See the disconnect?

Conversely, you don’t stand a snowball’s chance in a Phoenix August of making it in if you don’t see the runway until you’re 6000 feet out at 1600 feet above it. Just for fun, doing the math at 6000 feet (in-flight/slant) visibility at 1600 AGL requires a descent angle over 15 degrees—somewhat abnormal. Also, if your final ref speed is, say, 90 knots, you’ll cover that 6000 feet in 40 seconds, making your required descent rate (wait for it) a breathtaking 2400 feet per minute. Jeff called this laughable because there’s just no way you’ll safely and legally land if you only have minimum visibility. You’d need literally over four times as much.

Also, while the MAP can be determined by timing (DME is not required.), it’s charted at D2.4 from I-RNO, so that’s what most folks will use.

For your last point, note that the ILS DH is 2031 feet AGL and the glideslope is 3.10 degrees. Doing that math, you’ll reach minimums over 6 NM from the airport and slightly more than the 7 SM visibility. Since it’s an ILS, that’s where you’ll miss—over 6 nm north of the runway. With the LOC, the charted VPD (where you’ll know if you’re missing) is 4.5 nm north and the charted MAP is 1.5 north. Jeff was making the point that for both approaches you’ll miss well north of the runway, yet the plan view shows the dotted missed-approach course to be south of the runway.