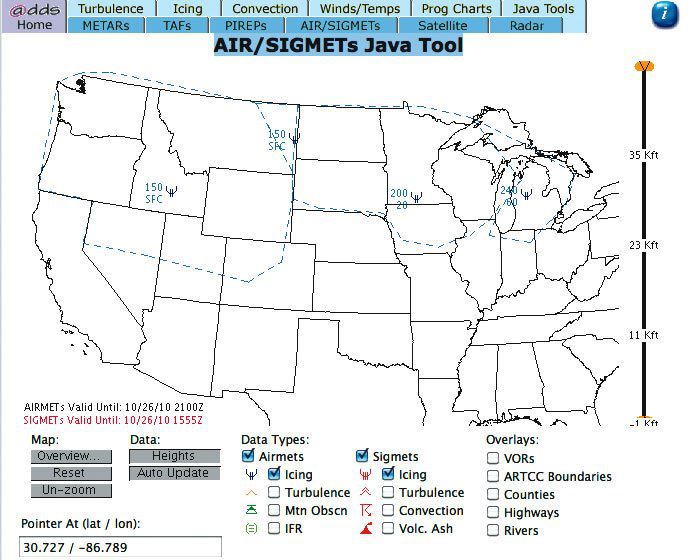 Few pilots know that FAA imposes a hard character limit on text products such as Convective SIGMETs and the Area Forecasts (FA). The Aviation Weather Center (AWC) has a check program for the Area Forecast that counts the number of characters. On busy weather days when these forecasters have a lot to mention in the forecast, they often bust the character count. This forces them to cut from either the text or the synopsis in order to make the size fit through the National Airspace Data Interchange Network (NADIN) hubs. Often the first casualty is the ellipsis (…). Forecasters can use two periods instead of three. Another casualty is the synopsis. Of course, the last resort is to cut from the text of the FA.

Here’s what you might see in the synopsis section on an especially busy weather day:

This has been an issue that you won’t soon discover in the AIM or FAA handbooks. Forecasters have asked the FAA many times to increase the character limit. In fact, when I spoke with AWC meteorologist Jim Roets last summer, he mentioned, “As late as last week we had an issue with the Convective SIGMET. The character count was a little over 3000, so it was kicked out of the FAA system. The forecaster was able to combine outlook areas and cut some of the area coverage on his Convective SIGMETs, which allowed the forecast to go out.”

In general, the NWS Telecommunications Gateway in Silver Spring, Md., allows them 15,000 characters per product. But when that product goes from the Gateway to the NADIN hubs, it has to be under 3000 characters or it gets rejected. The character count goes back to the teletype days but the FAA has yet to remove the restriction.

AIRMETs for icing (AIRMET Zulu) is not intended to cover all possible areas where structural icing might be likely. In fact, only 80 percent of pilot reports of icing are captured by AIRMET Zulu.

Some of the remaining 20 percent of these icing reports are due to convective icing in vertically-developed cumuliform clouds. Convective icing might be captured by a Convective SIGMET if active thunderstorms are present.

AIRMETs are also issued for widespread areas of moderate icing. If the icing isn’t expected to be widespread and moderate in intensity, then the forecaster won’t issue an AIRMET. This is common for a rather thin, but juicy, stratocumulus deck that often develops in the wake of a strong, late autumn cold front.