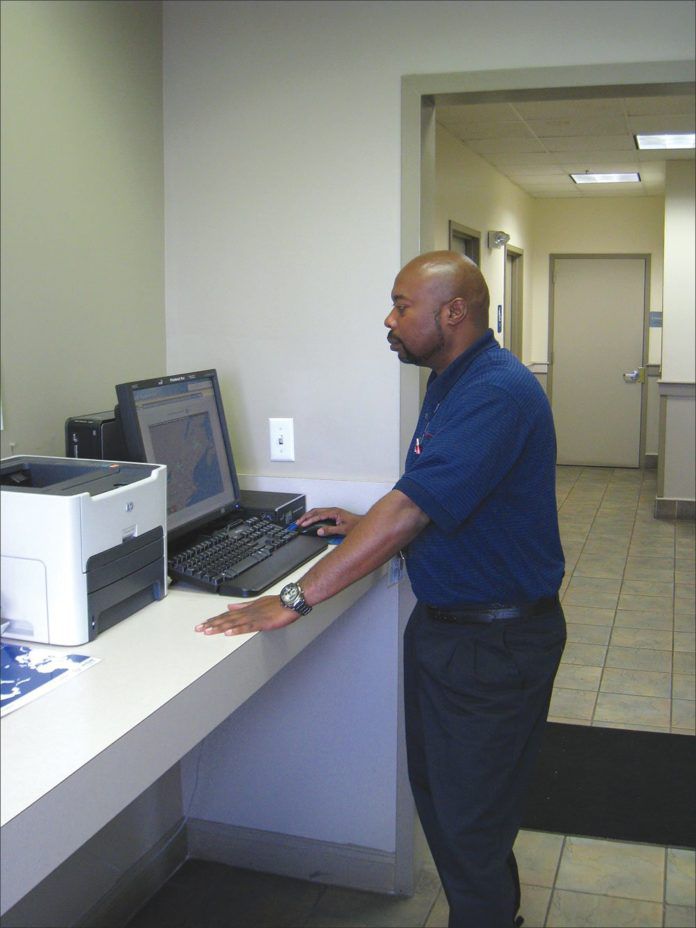 Getting most of the NOTAMs is easy. Getting the rest isn’t. The problem is that there’s a tiny, but non-zero, chance that what you don’t know can, in fact, hurt you.

A few years ago, I managed to shoot an approach to minimums and not even know it. I was hauling cargo from Memphis to St. Louis Downtown. The forecasts at St. Louis weren’t all that bad, maybe 1000 overcast and three miles visibility. When I picked up ATIS, it had worsened to 400 and a mile. Eh, no sweat for a freight dog. I shot the ILS and landed uneventfully.

Once on the ground, I ran into a company pilot and mentioned how the arrival weather was busting the forecast.

“Yeah,” he grumbled. “Right at minimums.”
I was a tad perplexed. It was low, for sure, but still well above the published ILS minimums. I suppose he saw the confused look on my face.

“You know about the raised minimums, right?”
My response is not fit for tasteful publication.

During my preflight weather briefing, I had missed a single FDC NOTAM in the long list generated by the weather computer: The ILS Runway 33L minimums were exactly 400 and one due to a temporary crane off the end of the runway. Oops. Not as big an oops as if the weather had dropped to mile or the ceiling had come down to 300—then I would have been in violation—but maybe this freight dog should have sweated the details a bit more.

Forming a Complete Picture
The FAA’s official party line is that FDC NOTAMs are available from briefing sources only until they are published in the Notices to Airmen Publication (NTAP), which is on a 28-day publication cycle, and is available online as a set of webpages or as a downloadable PDF.

Lockheed AFSS confirms that a standard weather briefing for an IFR flight will include FDC NOTAMs for the origin and destination airports, and that published FDC NOTAMs are the pilot’s responsibility to obtain. Lockheed will look up published NOTAMs in the NTAP only upon pilot request. Did you catch that? If you don’t ask about published ones, there’s no guarantee they will tell you—a potential hole in your CYA.

In order to be confident that we have all the NOTAMs, we need to check online or through AFSS for recently added NOTAMs, then consult the NTAP for older ones, and finally consult the Change Notices book for permanently changed procedures. That system certainly isn’t ideal, but it’s workable. What’s curious is that the FAA doesn’t appear to follow its own guidance, which is conditioning pilots (myself included, as evidenced above) to accept incomplete briefings.

Part of the issue is that even when NOTAMs are published in the NTAP, they usually don’t disappear from electronic dissemination unless they are charted in the Change Notices. That’s great news for those of us who get a briefing online and think the job is done, because we’ll get the published NOTAMs that we should have had to look in the NTAP to receive. Occasionally, however, a published NOTAM will be removed from electronic dissemination. If you’re not accustomed to checking the NTAP, you could be out of luck—and therein lies the rub.

NOTAM in a Haystack
It’s small consolation that all of the briefing sources appear to be on the same sheet of music at least. They may not be consistent with FAA policy, but Lockheed AFSS, DTC DUATS, CSC DUATS, Fltplan.com, and the FAA’s NOTAM retrieval webpage all seem to report the same set of NOTAMs. Unfortunately, the presentation of NOTAMs by online sources usually makes it difficult and time consuming to find what’s important (I can hear the FAA now: “It’s all important”), leading pilots to skim rather than focus.

The online formatting is certainly part of the problem, but another part is fundamental to the way NOTAMs are grouped. Procedural FDC NOTAMs and D-NOTAMs are easy to find because they’re identified by location. However, most other FDC NOTAMs are identified only by ARTCC. Therefore, when you want airway NOTAMs, which are short, you must scan through all of the Center FDC NOTAMs, which include all the TFRs, laser light shows, and other special notices.

It would be great if they were grouped by functional type, but unfortunately most sites present the procedural and Center FDC NOTAMs all jumbled together. DTC and CSC DUATS don’t help by forcing route briefings, which mix in NOTAMs for every airport along the route. Operationally, more data doesn’t necessarily mean better data if it makes it more difficult to brief for your primary mission.

A Better Way?
The FAA has started to modernize the NOTAM system in recent years, so with any luck that may result in a more consistent distribution model in the future. The process began in 2008 when L-NOTAMs were phased out and local notices began to be distributed as D-NOTAMs. Last year, the FAA began publishing D-NOTAMs in ICAO format, which includes standardized categories and wording for each NOTAM, allowing for easier automated sorting. But until the whole system is overhauled, we’re stuck with the FDC NOTAM dissemination system in its present, three-source state.

Ensuring that all applicable NOTAMs
for a flight have been received can seem like a scavenger hunt with little payoff—usually there’s nothing critical that you didn’t find with a casual check of departure and destination NOTAMs. It’s tempting to avoid the tedium and just go. But such a course of action could just as easily lead to an embarrassment, a violation—or a close encounter with a crane. Better some extra boredom before the flight than unwanted drama during or after it.
Lee Smith is a frequent contributor to IFR, recovering professional pilot and TERPS-weenie in training—basically our kind of guy.

The FAA’s secret NOTAM Cache
Back in the days when everyone did their flight planning at a counter at the FBO, a standard part of the drill was to grab the Notices To Airmen Publication (NTAP). This was a dog-eared, paper volume usually chained to the table next to the phone (or maybe I was always in seedy FBOs) and it listed all the NOTAMs a briefer wouldn’t tell you about on the phone. Why wouldn’t they tell you? Well, it’s published. Don’t you have an NTAP? You could always ask the briefer and hear the obligatory sigh before they walked across the room to grab it.

The sad truth is you still have to get your hands on an NTAP or ask your briefer to go check. FBOs don’t subscribe to this tome any more, but it’s available free online from the FAA (www.faa.gov/air_traffic/publications/notices/ or just Google FAA NTAP).
Check out these NOTAM listings for my home burg of Portland, Maine, (KPWM) where we’ve had construction for so long the “temporary” FDC NOTAMs—which won’t be charted because eventually the construction will end—have been published and no longer show up on a briefing. This is from fltplan.com, but a DUATS briefing won’t show them, either.

But there are four standing FDC NOTAMs for minimums changes in the NTAP. Don’t look here, and you’ll never know. The NTAP is organized by state, so you can scroll through to find the airports you want. The downloaded NTAP is a PDF, so you can search for the three-letter airport ID. This works great unless the airport is Northwest Alabama Regional—which is “MSL.”

As an aside, don’t let the date in the results box bother you. This NTAP is from April but it still says it’s from last December. The FAA hasn’t changed the date in the PDF for a while.

Ipad notams: Know your app’s blind spots
Apps for iOS and Android have gotten better on handling NOTAMs, but you still need to know the ins and outs of whichever app you use.

For example, some apps won’t grab NOTAMs for airports on a planned route unless you actually view the airport information page. This could be a problem if you think you downloaded the NOTAMs for an airport, including all the revised minimums for approaches, only to find out in flight you don’t have the new minimums for the approach that’s in use on arrival. You also need to know where to look. ForeFlight and Flight Guide have NOTAMs on the airport info page. Garmin Pilot has them in the Weather Text section. WingX only shows them in a DUATs briefing, unless you’re connected to ADS-B, in which case the appear in flight on the airport-weather pop-up window.

Different apps organize them differently. Garmin Pilot does a nice job of showing them along your route of flight. We particularly like how ForeFlight organizes NOTAMs both by date and with an icon for NOTAM type (right). In addition, there are TFRs (textual) and Center NOTAMs in the same place. The Center NOTAMs are based on the airport, not your entire route. ForeFlight is also the only app we know that shows future NOTAMs for airports.

But these apps all get their NOTAMs from the same FAA system—one that might not have NOTAMs that have been published in the NTAP. —Jeff Van West