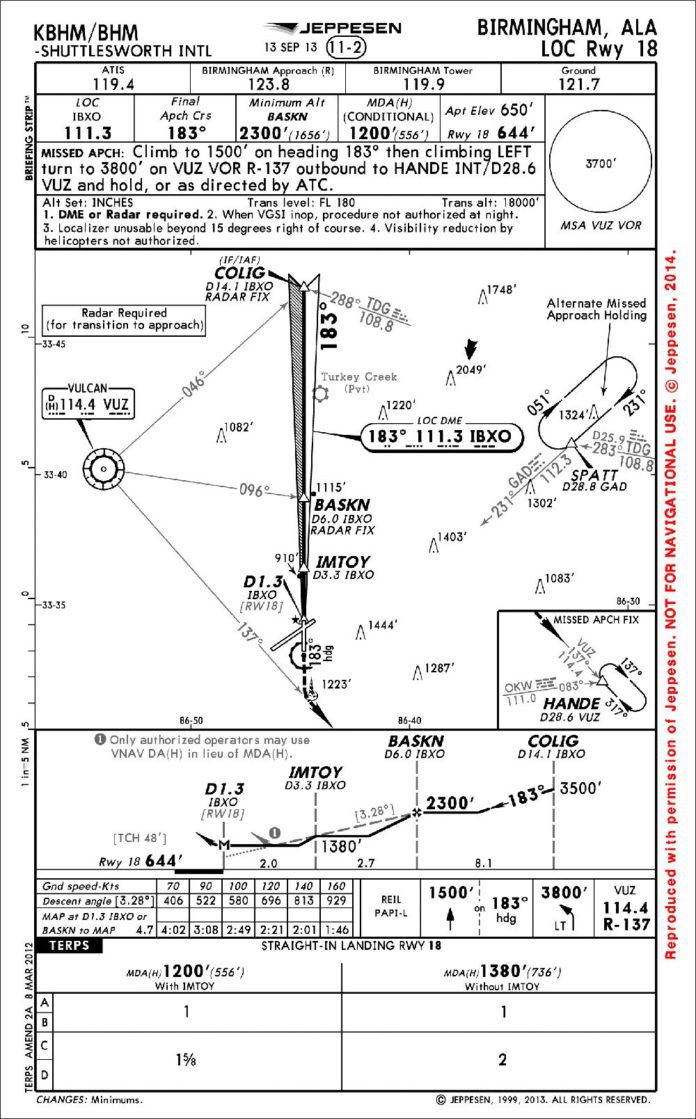 One of my cherished childhood memories is of my mother making a birthday cake to celebrate my special day. Rich, sweet aromas filled the house with wonderful anticipation. My favorite yellow cake with chocolate frosting was featured the evening of my 12th birthday. After festivities and dinner, I sat at the head of the table with the lights dimmed as a two-layered masterpiece approached, accompanied by the birthday song and sparkling candles.

Wishes wished, candles extinguished, slices cut and served; everyone sat ready as I lifted the first bite to my mouth. Huh? This doesn’t taste right. Oh well, try another bite. Nope. This cake is terrible. I was crushed.

Looking up, suppressing tears, I saw everyone else having the same experience. Investigation revealed that the sugar never made it into the batter. My mother worked from memory and maybe a momentary distraction, over confidence or complacency took its toll on the cake. A little mistake made for a memorable birthday.

I will admit—with forgiveness for my mother—that it’s easy to get complacent. One of the first things skipped when we’re otherwise busy during our approach briefing are those pesky notes sprinkled on the chart. Many notes are common and seemingly inconsequential while others are rare and might highlight lurking dangers. Just like an unintentionally sugarless birthday cake, missing the notes could ruin your day. By reviewing their criteria, we can better understand what those nettlesome notes are trying to tell us.

The Ingredients
Flour, sugar and eggs are the basics in nearly all cakes. Those simple ingredients can be transformed into a vast number of delights. The same is true for chart notes. Procedure planners place notes in any of three areas—the briefing strip, plan view or profile view. Notes are designated in FAA series 8260 forms which are the basis for all instrument procedures. Cartographers then work their magic to draw the approach chart.

FAA form 8260-3 states a chart profile note will be included stating VGSI and ILS glidepath not coincident. AeroNav puts the note in the profile section while on the Jeppesen chart the note is in the briefing strip. A challenge when using different chart providers is to remain familiar with each’s idiosyncrasies. They all use flour, sugar and eggs, but everyone’s cake tastes a little different.

Usual Suspects
Finding a chart without notes is as likely as finding a four-leaf clover. Fortunately, many of the frequently-used notes are boilerplate. Common notes can be broken down into three categories: altimetry, navigation, and lighting.

A more reasonable adjustment is shown in the notes of the same RNAV 32 approach in Stinson, 11 miles south of San Antonio International. If San Antonio’s altimeter is used 60 feet must be added to the MDA. The 60 feet is the result of adding 25 feet for distance between the two airports and 33 for the elevation difference (Yes, that only adds up to 58 feet. They round it up to 60). The adjustment gets even more complicated if there is intervening terrain that would affect atmospheric pressure between the airport and alternate source, but we’ll leave that for another time.

Another common altimetry note is a temperature range to use baro-VNAV on RNAV approaches. For example, the Raleigh RNAV (GPS) Y Runway 5R contains a note prohibiting uncompensated baro-VNAV operations below minus 15 degrees C or above 41.

Recall that altimeters are calibrated for standard atmospheric conditions. Standard temperatures are not encountered often. When temperatures are below standard, an aircraft is lower than the indicated altitude. The FAA even publishes a cold temperature error table in 7-2-3 of the AIM.

High temperatures also cause a problem. True altitude changes approximately four percent for every 10-degree deviation from ISA (standard). The amount of deviation is a function of altitude. For example, on an ISA+20 day, the deviation at 10,000 feet is 800 feet while the deviation at 100 feet is eight. On baro-VNAV approaches, this effect artificially steepens the approach angle. Therefore the high temperature limits keep the approach from becoming too dramatic.

Typical navigation notes highlight secondary navigation aids required for an approach. Approaches are identified by the navigation aid providing final approach guidance. The notes section of the ILS 30L into San Antonio requires an ADF to accomplish the missed approach procedure. An exception to the navigation notes is made for VORs. According to FAA order 8260.19, “all IFR aircraft are assumed to have at least one VOR receiver. Therefore, the note ‘VOR required’ is not appropriate.”

Many approaches require either a navigation aid or radar to identify fixes on the approach. As long as a facility has radar, initial and immediate fixes can be identified for a pilot using that radar.

Some approaches, like the LOC Runway 18 at Birmingham, require radar to get to the IAF. A path to transition from the enroute phase to an approach is required. An IAF can either be part of the enroute structure, on an airway, or a feeder route to the IAF can be designed.

In some cases, particularly at busy airports, IAF exist that are not part of the enroute structure and there are no feeder routes. In these cases, radar vectors act as the feeder route and a note will be added to the chart requiring radar.

You’ll rarely find an approach with a visual glide slope indicator (VGSI) that doesn’t include the note, VGSI and ILS glidepath not coincident. There is a good reason that note is so common. To be coincident the angles must match within 0.20 degrees and the threshold crossing heights must match within three feet. Matching these criteria is a challenge considering VGSIs and glideslope antennas compete for the same dirt.

Looking at that approach into Birmingham and the crash of UPS flight 1354 showed that the approaches to Runway 18 include the note, When VGSI inop, procedure NA at night. That note is the last one listed, an easy miss in the middle of the night, but could have given the crew a clue about the threats they faced if they understood what the note indicated.

The note, When VGSI inop, procedure NA at night, is required by complicated terrain evaluation. Simply put, it indicates the approach is over rising terrain or obstacles. Specifically, two surfaces, a 34:1 and 20:1 slope, are evaluated. If an obstacle penetrates the 34:1 slope, the lowest visibility allowed for the approach is 4000 RVR or SM.

In Birmingham, objects penetrate the steeper 20:1 slope. In this case the lowest authorized visibility is 5000 RVR or 1 SM and a VDP will not be published. Additionally, if the obstacles penetrating the slope are unlighted, a note will be added prohibiting the approach at night without VGSI. In the case of Birmingham, the rising cow pasture was unlit.

Simultaneous approaches produce some easily missed notes that can put you in a bind. Flying RNAV approaches without a flight director or autopilot is usually no big deal, but let’s revisit the RNAV (GPS) Y Runway 5R at Raleigh. That chart contains two interesting notes; Use of Flight Director or Autopilot providing RNAV track guidance required during simultaneous operations and LNAV procedure not authorized during simultaneous operations. The FAA doesn’t want you to overshoot and encroach on the aircraft flying to Runway 5L.

That note is always accompanied by the note restricting use of LNAV during simultaneous operations. Recall from other articles in IFR that LNAV procedures have a fixed width from the FAF to MAP while LNAV/VNAV and LPV approaches have an angular width decreasing closer to the runway similar to an ILS.

There are some interesting peculiarities associated with these notes. Although the notes always come in pairs they are not always charted in the same fashion. For example, the Jeppesen chart for Raleigh 5R contains both notes in the notes section. On the RNAV (GPS) 17R into Austin, which has parallel runways like Raleigh, Jeppesen put the LNAV restriction note in the minimums section. Also, parallel ILSes don’t have that restriction.

That Raleigh chart contains an example of another useful note. It’s common for inoperative approach equipment to require higher minimums as you can see in the notes section of the AeroNav chart. Jeppesen, on the other hand, typically puts this information in the minimums section.

In the heat of battle flying IFR, it can be easy to overlook pesky chart notes. Often important information is hidden amongst extraneous notes. In typical bureaucratic jargon, notes prescribe requirements without offering any reasoning. This makes it a challenge to judge a note’s importance. That doesn’t mean notes should be thrown out the window. A highlighter can be an invaluable tool to focus on notes that apply to you.

Unfamiliar notes should serve as a red flag. Spend a little time pondering the reason behind the note. A requirement for an operative VGSI at night might indicate that there is something the feds are afraid of you running into at night.

Whatever you do, don’t forget the sugar. While my psychological scars may last forever, the flub was solved with a run to the neighborhood bakery. A similar flub while plying the instruments could leave you in much worse shape without a bakery or Krispy Kreme to save the day.

Jordan Miller flies for a major airline where he tells the chief pilot he carefully reviews all notes.

Jeppesen charts reproduced with permission of Jeppesen. NOT FOR NAVIGATIONAL USE. Annotated and reduced for illustration. Copyright Jeppesen, 2014.