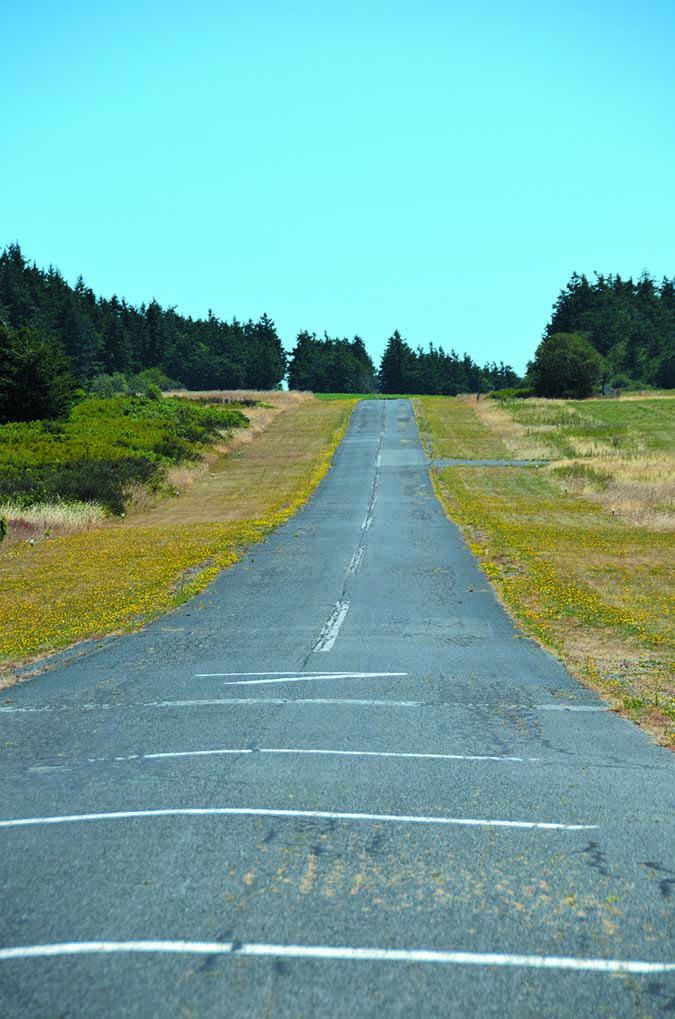 Ever wonder if many of us pay attention to the notes on the various charts and the Chart Supplement (formerly A/FD)? Sometimes this information can be lifesaving, often interesting, and occasionally just odd. For example, some years ago there was a note for Boston’s Logan airport regarding higher approach minimums when there were “tall vessels in the approach area.”

While few notes are both as amusing and potentially life threatening as Logan’s, many provide direct and sometimes subtle cues about what lies ahead. Read the notes carefully to save yourself some embarrassment at the least or an incident (or worse) at the most.

We scoured a lot of airports to find some juicier notes. We present them for both your amusement and, more seriously, as an example of dangers you can encounter, hopefully not by surprise.

Notes To Live By

Don’t assume that because there is a procedure for an airport that you can use it. The Potomac Airfield (KVKX) TIKEE THREE (RNAV) Arrival Procedure indicates that it serves 14 nearby airports, and the IAP can be used by any aircraft landing at seven of those airports. For the other seven it’s usable for “props and turboprops” only.

After selecting a specific approach, reviewing the other approaches might provide useful information. For example, until recently one Runway 16R approach at Reno/Tahoe (KRNO) had the note: “Caution: intensive glider activity between PYRAM and WARMM up to 12,000.” Seven other approaches transit the same area but offer no such warning.

Used to breaking out at minimums and seeing the runway just ahead? The Eagle County (KEGE) LDA/DME Rwy 25 specifies a final visual leg of 4.3 nm. It’s nice to know ahead of time where to look before you reach the MAP. Also, it reminds you to make certain there is adequate visibility for the visual leg.

Martin State (KMTN) LDA and RNAV (GPS) Rwy 33 approach charts have notes that a clearance must be obtained through restricted areas R4001 A/B. You might want to know you need two clearances for a single approach.

Aspen-Pitkin’s (KASE) LOC/DME-E has a very interesting note. The approach chart specifies: “DUAL VHF NAVIGATION RECEIVERS REQUIRED.” One is necessary for the localizer approach but what is the second for? The missed approach utilizes a separate localizer on a mountainside. Best to be ready.

Sparrevohn (PASV) NDB Rwy 34 has a critical warning that should ensure being spring loaded to initiate the missed approach. In very small type at the edge of the plan view is this: “Successful go-around improbable if initiated past the MAP.” Thinking mountainous terrain might be the reason? Another small type note might confirm that: “EMERG SAFE ALT 100 nm 13500.”

Lorain County Regional (KLPR) is subject to “Special Air Traffic Rules Part 93 Subpart J.” Never heard of Part 93? Turns out that Subpart J contains Lorain-specific instructions to enter the traffic pattern from north of the airport and make right traffic if landing to the SW and left traffic landing NE. Other airports that have Part 93 Subparts have different criteria. You carry Part 93 with you, don’t you?

Burke Lakefront (KBKL) has a note that the “PAPI Rwy 06L unusable 5 right of centerline. PAPI Rwy 24R unusable byd 8 left of course.” This undoubtedly has to do with the parallel runways, but the fact that there might be parallel traffic makes it even more important to recognize and to expect similar restrictions at other parallel runways.

You have to be impressed by Lake County Airport’s (KLXV) full service Sheriff’s Department. The Chart Supplement states: “For svc after hrs call sheriff dispatch.” Nice to know if you’re there after hours looking for fuel. “To Serve and Protect” eh? That’s one great Sheriff’s Department!

Do you think planning ahead might matter? Portage County (KPOV) once had the following note if you want to find the airport at night or in IMC conditions: “Call ahead to ACTIVATE apt bcn and LIRL.” At least you can now activate it on CTAF once you’re close enough.

Most runways are reasonably level, but some aren’t… Take Aj Eisenberg (KOKH) for example. An innocuous note indicates the runway has a 1.6 percent slope. Dig deeper and you see the TDZEs differ by 45 feet. The severity of the slope (half an ILS) and TDZE difference might not hit you from just the note.

Whether or not there will ever be a wall built along the US-Mexico border, it’s possible for a pilot operating at Brown Field (KSDM) to accidentally stray into Mexico, so a Chart Supplement note warns that the border is only one mile south of the airport. That’s about two-thirds the length of the main runway.

As we’ve seen, mountainous terrain can be dangerous. The Eagle County (KEGE) Chart Supplement substantiates that perception: “Ngt ops discouraged to pilots unfamiliar with apt.” Why? Here’s one reason: “Recommend all acft departing Rwy 25 initiate a left turn as soon as alt and safety permit to avoid high terrain” directly ahead.

Aspen-Pitkin’s (KASE) Chart Supplement entry notes “Hang gliders, para gliders, hot air balloons and gliders on and invof up to 18,000′ MSL.” Also: “All adverse wx situations magnified in mountains,” “Terrain will not allow for normal tfc patterns,” and “High rates of descent may be rqrd due to terrain and lcl procedures.” And on and on; read it in wonder.

The Chart Supplement entry for Chicago O’Hare (KORD) contains an almost staggering amount of information. Sift through it and you’ll find that during departures and arrivals on Rwy 14L and 14R the tower has permission to operate simultaneous opposite direction departures from 09R and 28R during IFR conditions! Good to know.

Many outlying airports warn of the almost full range of animals, deer, prairie dogs, coyotes, etc. that might be found on, near, or in the case of birds, over the airport. But Saguache Municipal (04V) also warns that there are “Numerous prairie dog holes on rwy edge.” If that isn’t enough warning about dangerous mammals, there is also this note: “Unlimited vehicle use on arpt.”

Continuing with animal warnings, Meeker Coulter Field’s (KEEO) Chart Supplement notes “Deer and elk and water fowl ivof arpt…” But there’s something else you especially want to know if you’re arriving at night: “RWY 03 PAPI does not provide obstruction clearance byd 2.5 NM from thld.” In other words, stay high and be careful out there…

Many larger airports and sometimes even smaller airports have this comment in the Chart Supplement: “Ldg Fee.” Landing fees can be substantial and, FBOs often have “ramp fees” whether or not there are landing fees, so it’s smart to call ahead. San Francisco (KSFO) charges a $190 landing/parking fee and the FBO, Signature, charges a $27 ramp fee for “little” GA aircraft. If you arrive in your G5, plan to pay in the neighborhood of $1000 in ramp fees alone.

Not Convinced? Try This One.

After we’ve examined these interesting warnings and notes if you’re not quite yet convinced, we found one entry that reinforces the point that you should review all related notes. The Chart Supplement Airport Remarks for Lonnie Pool airport (O54), a quiet unattended airport located in Northern California’s Sierras, says,”Arpt CLOSED nights. Arpt intermittently CLOSED winters due to snow… Land Rwy 36 only. TKF Twy [sic] 18 only. Touch & go’s prohibited. Recommend no go-arounds below 2,600′ MSL. Tkf prohibited on Rwy 36 due to rwy elev increase of approximately 100′ north end of rwy… Significant variations in wind direction and ints can occur at the apch to Rwy 36. Road 50′ east of centerline at Rwy 18 thld and 60′ trees in primary sfc 80′ east of centerline.”

Y’all be safe out there, and read the fine print.

Joe Shelton flies his Columbia 400 out of a coastal airport in Northern California and always studies chart notes and the Chart Supplement with a magnifying glass.