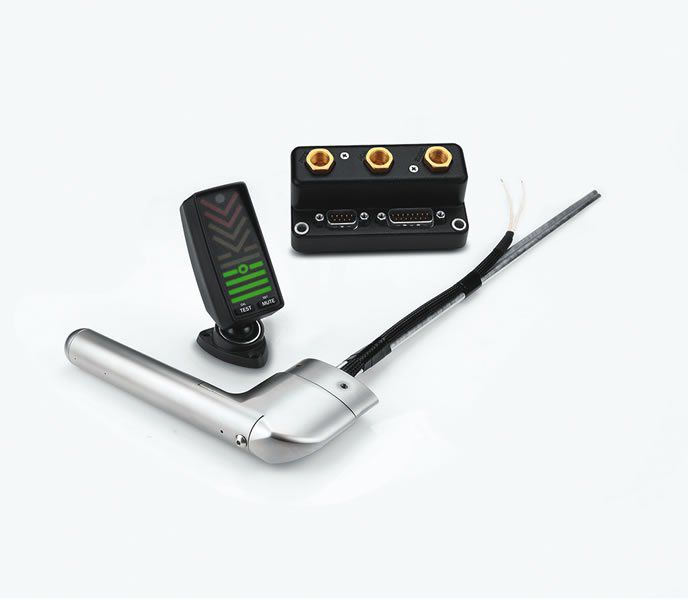 Research by the General Aviation Joint Steering Committee, a group chartered by the FAA to improve GA safety, attributed 40 percent of fatal GA accidents to loss of control in flight. That is more than the next six causes, combined. Many of these accidents resulted from inadvertent stalls and spins. The group’s top recommendation for improving safety was installing AOA indicators in GA airplanes.

When it comes to flying a wing, only one thing matters—angle of attack (AOA). For airplanes, we add power to that wing and get performance. While power is accurately displayed via engine instruments, AOA is an enigma fleetingly glimpsed through airspeed and attitude. The books state that airplanes can stall at any attitude, yet our training confuses that information. Practicing stalls at one G teaches us that stalls occur when a certain attitude is reached. The results are troubling.

But, just slapping an AOA indicator on the glareshield won’t magically solve these problems and make you a better or safer pilot. Strategic planning and tactical techniques enable AOA systems to effectively battle lift.

Slow Acceptance
The problem partially stems from decades of misusing airspeed indicators. Think about it: Airspeed indicators simply display air pressure calibrated to approximate our speed through that air. When we’re not in cruise, the importance of airspeed is its relationship to AOA, which is only reasonably accurate in a limited domain. We’ve incorrectly learned to equate speed to lift (or a stall), but AOA is what really matters.

Use of airspeed is rooted in history. Functional airspeed gauges existed before practical AOA indicators. Thus, when the British Royal Air Force identified six instruments essential for flight in the 1930s, an airspeed indicator made the list. An airspeed indicator approximates AOA under limited, controlled (but typical) conditions, and was the best tool available 80 years ago.

Development of AOA indicators flourished in the 1950s and 1960s with NASA and the military doing significant research. The work culminated with AOA information incorporated into most military and commercial aircraft. GA was left out until Morgan Huntington developed a practical system in the late 1970s. His Lift Reserve Indicator didn’t report angle of attack directly, but provided information about the amount of lift remaining. Although his research was pioneering and enduring, Huntington’s product wasn’t particularly successful, probably because most pilots of the time had already become accustomed to the misleading airspeed/attitude analog to AOA.

Mark Korin, President of Alpha Systems AOA, recognized the value of AOA information and started producing another affordable AOA system for GA in the mid-1990s. Now, partially due to the work of these pioneers, the General Aviation Joint Steering Committee and the FAA, AOA systems are popping up in GA like CBs in summer. Avionics heavyweights Garmin and Bendix-King have even recently jumped into the market.

Know the Enemy
Sun Tzu wrote that to win a hundred battles you need to know your enemies and yourself. When it comes to AOA, that means knowing a little aerodynamics and how those relate to the airplane you fly.

But, a wing is much more than its cord line. The camber, leading edge radius, maximum thickness and location of maximum thickness all effect performance. Commonly used wing shapes were developed by the National Advisory Committee for Aeronautics (NACA)—a predecessor to NASA—and given a NACA number. For example, a Cessna 172 uses a NACA 2412 wing.

Wings are judged by a couple ratios. The most important is the coefficient of lift (CL). It is simply lift pressure over dynamic pressure. The coefficient of lift increases with AOA until it reaches CL-Max, which is the angle when airflow starts detaching from the wing, reducing lift. This is, then, the AOA at which a stall begins. In addition to lift, wings also produce drag. This is also expressed as a coefficient. In this case, it is the ratio of the force parallel to the relative wind over speed. The coefficient of drag is written as CD.

So why is this important? The most efficient relationship between CL and CD, denoted as (L/D)Max, determines some of the most important performance aspects of an airplane—best range, best glide, and best angle of climb. (L/D)Max, like CL-Max, occurs at a specific AOA. Although the angle for these values remains constant, the speed associated with them varies based on weight and CG. To get the most out of a wing, AOA must be known and flown.

Putting the Weapon to Use
Knowledgeable use of AOA systems enhances safety, improves landings and increases performance.

When I spoke with Mark Kronin about his devices, he was most proud about the safety aspect of his system. AOA indicators give pilots an early warning when AOA is increasing. This enables a pilot to react sooner and reduces the chance of being startled by an unexpected stall.

Stall/spin incidents among student pilots occur rarely. Instead, most of these accidents involve experienced pilots who have done hundreds of stall maneuvers—pilots who knew how to recover but didn’t, at least not in time.

Recently, accident investigators started attributing some performance deficiencies to the “startle effect.” Being startled causes cognition and psycho-motor problems through a slowed recognition of a situation because the brain does not have a clear starting point. It is over-whelmed.

Additionally, adrenaline kicks in causing over controlling. Reports of both Colgan 3407 and Air France 447 crashes cited the influence of the startle effect. AOA indicators reduce the chances of being startled by warning a pilot of an increasing AOA. (Most GA systems start indicating when the AOA reaches three degrees, about VA.)

The military first installed AOA indicators for one reason—landings. Almost every airplane uses an approach speed of 1.3 VSO. This speed is dependent on weight and CG. Although possible to calculate an accurate VSO on the fly, it is not practical. In a world of changing conditions, the best way to ensure consistent approaches is to fly using, not airspeed, but AOA. This is especially important to the military when planting an F/A-18 on a 300 foot carrier deck at 170 knots.

The military developed an AOA display called an AOA indexer that is particularly suited for approaches. The design depicts a down triangle or chevron for an AOA above optimum, an up triangle when below optimum and a circle for correct approach AOA. Similar display designs are incorporated into the GA AOA offerings. The Eagle by Alpha Systems AOA looks most like an indexer, but Garmin and Bendix-King also use a similar depiction to indicate approach AOA.

In addition to landings, AOA indicators let pilots fine tune climb, best range, and best glide speeds. These speeds, like the ideal approach speed, are variables based on weight and CG, but they occur at a fixed AOA. By knowing the correct AOA to use, the best performance can be achieved for the given conditions. This can be critical when a tailwind kills climb angle on a mountain departure requiring 340 feet/nm to miss the granite.

As we discussed, for decades airspeed has been a (poor) proxy for AOA. Now, AOA returns the favor. An operative AOA indicator can replace a broken airspeed gauge, giving the pilot enough information to get configured and on the ground safely. Just make sure you remember the pitot-heat—freezing both probes could be a bad day indeed.

The Ultimate Weapon?
AOA indicators aren’t the nuclear option when it comes to lift. Traditional troops still need to be deployed because the best use of an AOA system is as supplemental information. NASA did a study of GA pilots using AOA indicators as a primary instrument with disappointing results. Using AOA indicators resulted in phugoids, unstable airspeeds and marginal performance improvements.

A phugoid, while fun to say, is a large scale oscillation characterized by constant AOA but changing pitch and airspeed. During a phugoid, the airplane rides a roller coaster, pitching up and loosing airspeed followed by pitching down and increasing airspeed. Experience one yourself by making an attitude change using only trim or just watch a video of United 232 on approach in Sioux City. (Phugoids are common in transport aircraft that lose hydraulic control of the elevator.)

Phugoids annoy passengers—think sea sickness—poorly manage energy and threaten safety. NASA found that pilots flying AOA induced phugoids by over correcting. This issue often occurred during transitions between flight regimes, like from take-off roll to VX. Phugoids won’t induce a stall, but can cause other problems, like flying below VMC for multi-engine airplanes.

Flying a constant AOA in the pattern is good in theory, but doesn’t work out too well in practice. Turns create issues. If flying a constant AOA in a turn, the nose will pitch down and airspeed will increase. This makes sense. A turn requires increased lift to compensate for the inward lift vector creating the turn. Without lift being equal to weight, the airplane descends. When a pilot rolls out on final flying a constant AOA, airspeed slows. The gaining and losing of airspeed doesn’t yield stabilized approaches.

Achieving the best performance doesn’t give us much improvement over good performance. In GA airplanes, modest variations from optimum don’t make a significant difference. For example, NASA discovered for VY, “a variation of 5 knots in airspeed or 1 degree in angle of attack, the change in performance was only 20 feet per minute, which is about 2.5 percent.”

NASA concluded that “certain fundamental complications” negated the expected advantages of using AOA. But, the study has some flaws. AOA indicators were used as a primary, instead of a supplemental, instrument. If the pilots in the study utilized the control-performance method of instrument flying—setting pitch with the attitude indicator and making small corrections based on AOA information—phugoids could have been avoided. Student pilots often induce phugoids using traditional gauges because of over-controlling.

Additionally, the study ignored safety, the best use of AOA indicators. AOA indicators should be used as a warning device first and a performance tool second. The study did get some findings right, observing: “Pilot acceptance of angle of attack was found to be highly dependent on a clear understanding of its meaning and limitations and the degree to which [the pilot] combined it with other types of information.”

Shoring the Defenses
As safety devices, AOA indicators are cheap insurance. For less than the cost of a new panel mounted navigator you can have an early warning system designed to prevent the most common cause of GA fatalities. In addition to increased safety, using an AOA indicator can result in consistent landings and improved performance. Who wouldn’t want all that?

Like any tool, it requires correct usage and knowledge. This means placing the indicator within your field of vision and knowing display indications and desired settings. Once you have those pieces of information in your arsenal, it’s like bringing an F-22 Raptor to a knife fight with lift. I know who I’m putting my money on.

Jordan Miller flies for a major airline and is pursuing a Master’s degree. He uses an E6-B to calculate weight-adjusted speed.