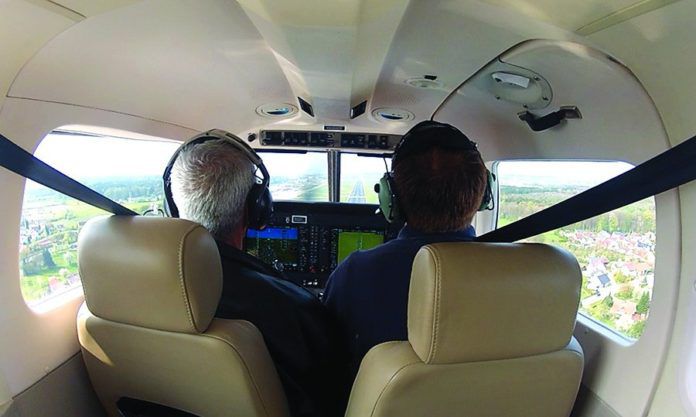 With the likes of Uber, arranging ridesharing in automobiles via the Internet is common in today’s hi-tech culture. Not so with similar programs to share private airplane seats.

If you follow aviation news from sources like AVweb, you’re undoubtedly at least aware that Flytenow, Airpooler and similar services using the Internet to unite pilots with passengers willing to share expenses have been shut down by the FAA. The FAA essentially claims that the use of the Internet magically makes that a commercial activity.

Any pilot flying today knows that the FAA long ago ruled (in the 1960s, actually) that it is permissible for a private pilot to share expenses with a passenger. For 50 years, we’ve seen posts on bulletin boards at airports, FBOs and flight schools, college campuses and even some community forums either offering a shared-expense trip in an airplane or soliciting one. Now, with the ability to reach thousands via the Internet instead of a few potential takers, the FAA has decided the practice is a commercial operation advertising rides for profit.

I won’t go into the history or merits of each claim—those are well documented on, oh, the Internet. The FAA’s unilateral ruling shut down the biggest flight-sharing web sites. Flytenow is both appealing the ruling in court and seeking legislation to make the practice explicitly legal. I hope they win and the FAA once again supports innocent expense sharing between pilots and passengers.

Looking past all the arguments being made in court, to me the issue distills down to what might be good for general aviation, after we assure the safety of these—sometimes hapless—folks wanting a ride in a private airplane, of course.

Our pilot ranks are shrinking daily. I’ve written about that here, and you can read more about it anywhere from aviation sources to major newspapers. One of the ways we can improve our image and attract more pilots is through good will. That’s long been a common goal for groups like the EAA, offering local flight-seeing rides for fractions of the actual cost. Now, if I’ve got to fly from Santa Fe to Omaha, why not offer to take someone along to share the costs? What difference does it make what mechanism I use to seek that interested person?

Looking deeper, perhaps that trip to Omaha is only marginally economically practical for me. But, if I get someone to kick in a few bucks, it suddenly becomes a no brainer for both of us. Now, I get to make a cross-country flight, keeping my skills sharp, whereas I might not have been able to. That sounds like a win-win to me.

So, the bottom line as I see it is, assuming safe operations which the FAA does have the responsibility to oversee, the benefits are four-fold: The passenger and I both get a convenient and efficient ride, I get to fly more often keeping my skills sharper, and the passenger gets exposed to the best that general aviation has to offer. What could be better than that?

Excuse me. I’ve got to leave, now. I have to go pick up my car from the shop and my Uber ride is here.