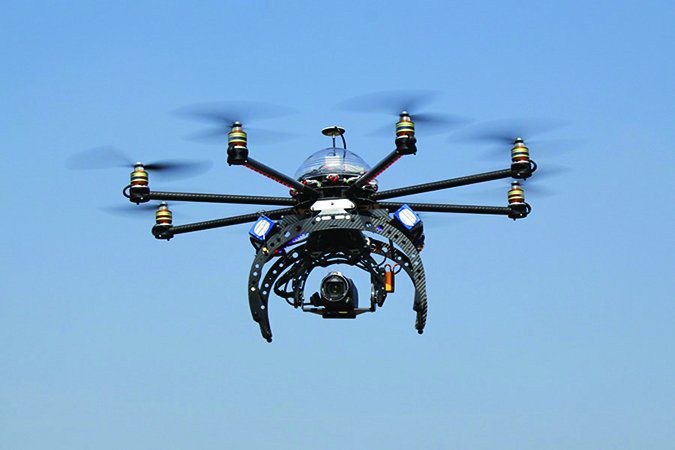 Now that drones are in the National Airspace System, we need to work them into our flight preparation. Drone NOTAMs (“DROTAMs”?) have begun dotting the landscape, alerting us to where we can expect drones.

There is an easier option. Those who use the web site Skyvector.com for quick TFR and weather reference have already seen the new DROTAMs feature, which provides a purple overlay of a UAS notice on an enroute chart.

While it’s nice to have a heads-up for drone activity, it remains to be seen whether these NOTAMs will do what they’re designed to do—help us avoid UAS encounters of the unexpected kind.

For instance, compare these to the familiar NOTAMs that advise of wildlife (usually migrating birds) at an airport, or the occasional notices warning of small unmanned rocket activities on a field. In practice, these alerts rarely cause us to change an arrival or departure time, although they do give us something other than other aircraft traffic to worry about.

Also, we have no idea whether these drone NOTAMs even come close to covering the real amount of UAS activity out there. While there are instructions for drone operators on where they can and can’t fly and how to get NOTAMs issued for pre-planned operations, it’s likely many operators aren’t aware of how the system works.

Then there’s the basic question, even sparking some debate: Are aircraft-drone collisions near an airport a safety threat greater than, say, birds or, for that matter, another aircraft? Does the risk warrant this added layer of NOTAMs to sift through, and will it make us safer?

While reports of drone near-misses from airline pilots at major airports tend to be sensational, most of us believe that for small consumer-grade drones that weigh less than a pound, the safety risk is similar to wildlife strikes, which occur daily, NOTAM or no NOTAM.

Certainly, we light-aircraft pilots should be worried about the damage a small UAS could do—just like we get anxious near a flock of geese—but all we can do is remain aware of the available information, maintain situational awareness, and keep looking out the window.

And some GA aircraft, such as those doing wildlife research or ag operations, spend lots of time flying over rural areas below 500 feet, well away from airports. These could encounter prime, perfectly legal drone-flying spots—indeed where NOTAMs aren’t likely to be posted for drone activity.

Let’s see what the next few months bring as far as feedback from the operators of manned and unmanned aircraft and the ongoing data being collected on drone encounters. Hopefully, as the regs get ironed out for private and commercial drone flying, everyone gets on the same page and we all have—and use—the tools to keep conflicts to a minimum.