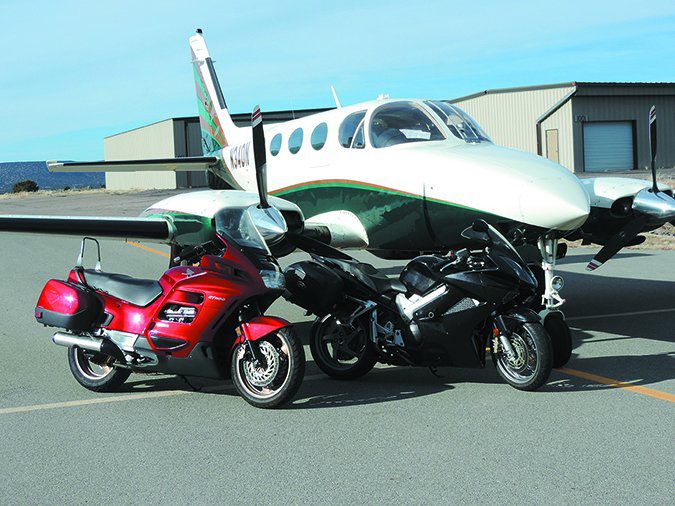 Like many of you, I also ride motorcycles. I have two Hondas, one of which is 25 years old but still suits me quite well. Due to a confluence of some logistical and health challenges, now past, I hadn’t ridden in a few years. Late this past summer I again undertook two-wheeled transportation.

My first step was to get the bikes roadworthy. I called the nearest Honda motorcycle dealer to make an appointment for general service and was denied. “We don’t work on anything over 15 years old,” they said. My considered reply was an articulate, “Huh?” Somewhat pedantically, as if he’d had to explain a dozen times a day, the service rep again essentially told me to go poundsand.

I was angry. This motorcycle was in overall very good condition and I simply wanted it inspected and returned to full health. I found a local independent who was happy to take my money and he did an excellent job servicing both motorcycles—the older one and newer one.

A couple weeks later, I was flying my airplane to this year’s annual. Before my planned fuel stop, my Garmin G500 EFIS croaked. (See my Remarks in November.) I landed at KOJC and asked KCAC Aviation, the local shop to take a look. A technician came out and uselessly confirmed that it had croaked. I had a little time, so—hoping it was something simple—I asked if he could take a closer look. He declined, saying “We don’t work on anything over 15 years old.”

Thinking I’d found a loophole, I told him the G500 was only about six years old. “But your airplane is over 30 years old,” he countered. “But,” I continued, “the airplane isn’t broken. It’s the six-year-old G500.” As you’ve already guessed, this fell on deaf ears. He walked away, seemingly glad to be rid of me, and simply added, “Sorry. It’s company policy.”

What’s happening? Both my motorcycles and airplane are in very good condition and are well maintained overall. In neither case could it be a parts availability issue because all common parts are readily available. (I’ve checked.) Maybe they just want us to junk all the perfectly good older models and buy new ones. Fat chance of that.

Maybe this is a coincidence, where I happened to encounter a Honda shop and an avionics shop that are so snooty they only work on the newest, most expensive stuff. Or, maybe it’s a growing trend in the repair industry that quality work is difficult enough to find that some shops feel they can be selective and turn away a lot of work. Do you think this is a consequence of our disposable society that products aren’t expected to last over 15 years? I dunno either.

Nonetheless, there are enough quality independent shops out there who recognize that their bread and butter is the stuff real people use, and they have the expertise and willingness to make a good income working on whatever walks in the door. Those are the shops I’ll use, even if I had brand new stuff. (Oh, and if I want to get a new Honda motorcycle, you probably know where I would not buy it.)