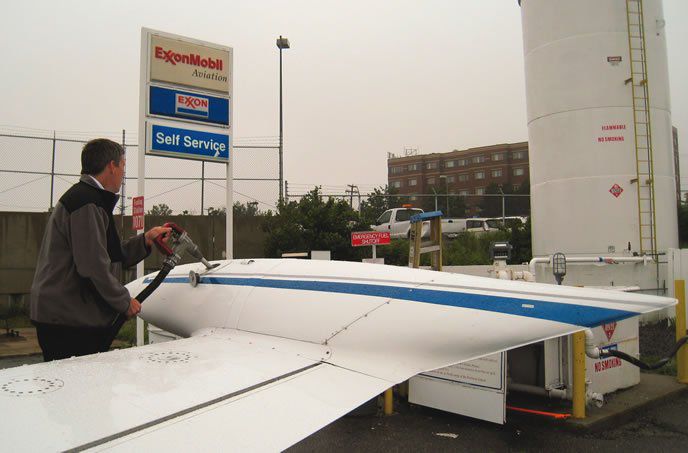 My friends with high-performance engines will probably stop returning my phone calls for a few months after I say this, but it’s finally time for the EPA to push getting the lead out of avgas. And, no, I don’t believe it’s time because our aviation lead is poisoning the brains of squirrels and small children who live under approach paths. Lead isn’t healthy for anyone, but we’re probably too small a source to make that much difference.

It’s time because this has been a fight of procrastination and stagnation, and that’s not good for anybody. There are at least two good prospects for lead-free avgas that has proven to run fine in high-output aviation engines. New engine controls and entirely new engine designs are now proven realities. A little regulatory pressure on one end may be just the thing to finagle a little more regulatory freedom on the other (FAA) end. That’s needed to get more planes flying with alternative gas, to get more data, to get alternatives fully approved. With any luck, we can even hit the sweet spot, where unleaded high-octane gas and lightweight engines appeal to niches outside aviation—creating a bigger market that attracts producers—but not a niche so much bigger than us that they suck up all the stuff for themselves and we get left out in the cold.

Yes, it’s going to be a headache, but it’s gotta happen someday. The longer we put it off the smaller a market we’re going to be. At some point, we won’t be worth anyone’s trouble, and that’s just bad. The best way out at this point is forward, not back.

I wish I could be as optimistic about Next-Gen. I read the press releases from the FAA about it coming online in Philadelphia and then tried to get a reality check from trusted sources who know more that I. They use words ranging from “problematic” to “debacle” and “meltdown.” That last one refers to frequency congestion on 1090 Mhz, which is one of two frequencies used for ADS-B out. But it’s also the frequency used for transponders, active traffic systems and a signal from ground radar.

The official line is that it will work out since more ADS-B aircraft coming online (eating bandwidth) will mean fewer radar and transponder interrogations (freeing bandwidth). My sources shrug their shoulders or roll their eyes, depending on their opinion. But my general sense is it won’t be that convenient.

But, like unleaded avgas, the day is coming no matter what. You will be assimilated and resistance is futile. However, on this count, I’m not ready to give up fighting a bit. We on the GA front need a better deal than we’re being offered right now to comply. As I’ve said before, I think there’s still a win-win that could be struck if incentives let avionics manufacturers offer cheaper units that complied with ADS-B out and made money by selling trade-ups to offer things like IFR GPS combined with full ADS-B capability. This could even sway more aircraft to use the (superior but expensive) 960 Mhz ADS-B solution, which would help everybody.

And with both these troublesome changeovers, we could use all the help we can get.