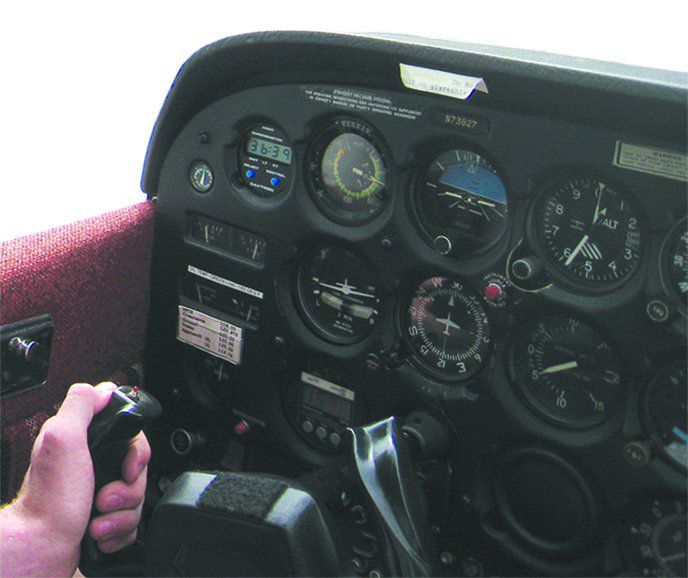 Maybe it’s the looming specter of my 25th high-school reunion that’s got me worrying about getting fat and sloppy. Living in the land where donuts and coffee are staple foods, I’ve been passing on the former while muttering renewed resolutions about spending more time at the gym.

I should have been paying the same attention to my flabby skill flying without the sugar-coated niceties of a glass cockpit. Knowing I was overdue for some practice shooting approaches on traditional, round gauges, I looked to see how long it had been. It had been nine months, and that was just one simulated approach. The last time I flew hard IFR without glass? Let’s just say it was in 2007.

When I finally got ’round to some round-gauge practice with a friend, boy did it show. I flew that first approach (a simple VOR) with checkride-busting precision. I was late reintercepting the inbound after the procedure turn and dropped through MDA by 75 feet before hauling back up to where I should be. I started the timing late—Timing? Don’t we just read off the distance to the next waypoint? Oh, yeah. Forgot to turn on the airport lights, too. Did I mention this was at night?

The ILS that came up next was an improvement, and the last VOR approach of the night was downright barely acceptable. I’m sure after a couple more hours practice I could have performed as well as I used to when flying partial panel on five hours sleep. Geez.

It was truly telling what had atrophied most: my round-gauges scan and plate briefings. I knew that my scan had morphed into something optimized for PFDs, but I didn’t realize how lazy I’d become about moving actively around the panel during high-workload times Cross-check was non-existent for the first part of the flight. It’s just too easy to see the huge, PFD horizon and pitch ladder at the same time as the pitot-derived data to the sides and know you’re good. Not so on a vacuum AI.

My plate briefings had become abbreviated. Minutes after crossing the VOR for that first approach, I keyed the mic to announce my position on CTAF and realized I knew how many minutes I was going to fly but not how many miles.

Not that having a PFD-scan is all that bad. I never intercept a radial late on glass, because I can see position and track on the moving map. I don’t think about timing because I don’t need to with GPS. I’m used to looking for altitude bugs and use them to make sure I don’t get too low. And I don’t brief anything on the plate I can read off the screen at a glance. Put it all together and I fly to greater accuracy with less mental demand and my plate briefings are faster and no less effective—so long as I’m flying glass.

Good heavens. I’ve become such a glass-cockpit geek that approaches in a ’76 Cessna can get the better of me. But then, who am I kidding? I was a nerdy geek in high school, too. I was just skinnier.
—Jeff Van West