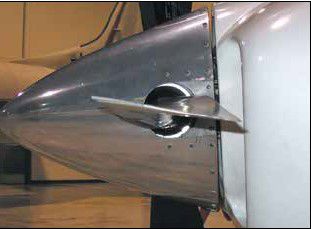 Every pilot has been faced with a marginal go/no-go decision. Sometimes it’s marginal weather that, if it gets no worse, is a go. But, if it gets even a little worse, it’d be no-go. And, sometimes it’s a mechanical issue that might not quite rise to the level of being unairworthy. But it could.

For me, there have been times when I wanted to go, was tempted to go, and probably could have gone with no trouble, but being conservative, I didn’t go.

Like the time I had a trip planned on a Saturday, after the plane got out of annual on Friday. On the 4 p.m. test flight, everything was fine, until on shutdown I noticed that one of the vacuum pumps had failed. The other was fine. No spare pumps were available in time. I gave that a lot of thought, trying to convince myself to go. I realized that I’d happily continue a trip with one pump inop, but it was unwise to begin one. Plus, vacuum, while not driving any instruments, did power the de-ice boots and ice was possible. Could a decision to go be the first link in an accident chain involving ice? Okay, not going.

Or, just last week I returned from a trip with another trip planned in a few days. Preflighting for the second trip, I noticed that one prop was feathered. Now, some airplanes do this regularly and you just have to manually (with a long tool for leverage) twist the blades out of feather. But, in my 18 years with this plane, this was the first time. Could it be a serious malfunction? After a lot of consideration, we drove the second trip—12 hours each way instead of two and a half to fly.

I’ve informally observed that lowtime and high-time pilots tend to make conservative “go” decisions. For the student or new private, even a few clouds can be worrisome and might spawn a “no-go” decision. And hightime pilots have enough “been there, done that” to make typically safer decisions. It’s the mid-time pilots who, perhaps tempted by the importance of completing the mission, might have a tendency to stretch a “go” decision. (Of course, this doesn’t describe everyone, but it’s a generality I’ve noticed.)

As one such mid-time pilot, years ago I found myself often pushing the envelope. I’d decide to go when my gut was screaming “Bad idea, Frank.” Sometimes I’d even make a “no-go” decision and stew about it until I second guessed myself into going. Recognizing that was a bad idea, and wanting to head off that tendency while I was still above ground, I developed a creative way to enforce a marginal “no-go” decision.

Like many pilots, in my hangar I had a small lounge area and a compact fridge. The fridge had bottled water, some soda, and, of course, beer for those social gatherings after a hard day flying—or hanging around the airport. I realized how I could absolutely fix my waffling “no-go” decision making. Whenever I made a “no-go” decision, I’d simply have one of those beers. There! Now the decision is final.