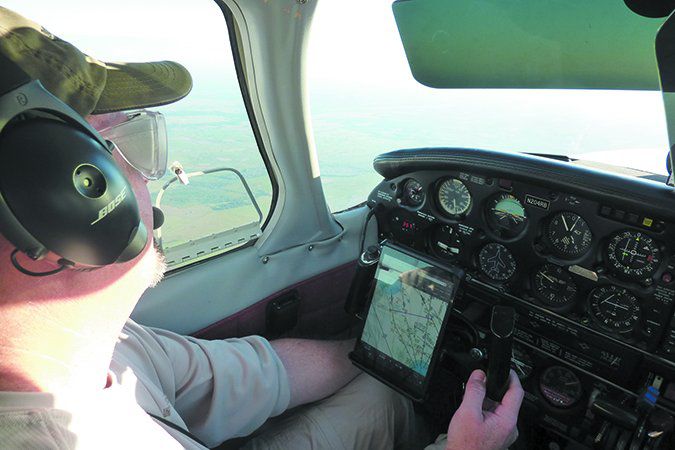 Wow! Remaining instrument current is a challenge. That’s a good project to tackle for the coming year.

Some of you might recall that almost two years ago I retired as an airline captain. Then, due to various circumstances both in and out of my control, I took a year hiatus from all self-piloted flight. The result was some serious catching up to do to get ready to fly my own personal flivver.

Being an opportunistic magazine editor, I used that need to also create a number of articles for the magazine about the process. The result was that I attended—and wrote about—a few courses and some simulator training, then got some in-the-air dual before I was ready to once again tackle the wild scud beyond. Along the way, though, my ego got in the way and I was still of the I’m-current-because-I’ve-got-so-much-experience mindset. It took a bit, but finally recognizing the fallacy (and extreme danger) of that, the rest of my refamiliarization process went pretty smoothly.

Then, I flew—some, but not a lot. The last hurdle in my conversion from airline pilot to casual GA pilot was—having again achieved legal currency and even a modicum of proficiency—maintaining both. That’s something that I never had to think about as an airline pilot. I was always current, although I suppose some of my first officers might argue the proficiency claim. Now, I’m a GA pilot and that legality and proficiency is far from assured by my occasional flight activities.

So, this has given me a newfound appreciation of the challenges we all face in remaining not only legal, but truly proficient. This, of course, has been a major topic on these pages over the years, but for me it’s gained a new personal importance and urgency.

Not being so old a dog that I can’t occasionally learn a new trick, I’m going to practice what we’ve been preaching. As I write this, I’ve got a couple flights that have been long-planned for next week. A quick mental review of my flying yields exactly zero approaches in the 50 flight hours since my sim training and IPC about seven months ago. Oops, I’m not even legal.

Rather than just going up and simply regaining legality with a safety pilot, I’m going to precede that with a few hours in the hot seat of a local simulator. The goal is to achieve some proficiency in the sim and then legality in the airplane the next day with a safety pilot, hoping that the combination will allow me to once again go forth and confidently commit instrument flight.

You might wonder why I’m bothering you with all this, and you’d be reasonable to ask. It’s because I’m hardly unique in my struggle for ongoing proficiency. The constant challenge of proficiency across less than a couple hundred hours a year is normal in GA, but perhaps my newfound appreciation of it will resonate with you and possibly spur you to focus a bit more on proficiency as you worry about your legality.

Perhaps I’ll even see you in that darkened room in the back of the FBO where I’ve already scheduled an ongoing program of proficiency, not just currency, in the sim. Fly safe this year.