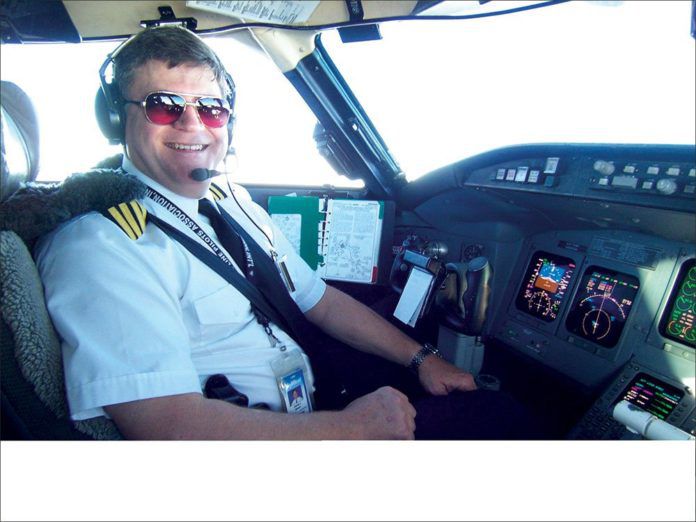 It helps me remember that my first responsibility is to my passengers.
And that’s probably as good an analogy as any for how I think the new editor of IFR ought to relate to readers. As departing editor Jeff Van West mentioned last month, he’s stepping down and aside, but not out. He’s pursuing other ventures in aviation but we’ll still see his name on an occasional feature. I’m stepping in to mind the store. In a way, you could think of this as my editor checkride. And like the examiner I mentioned above, I believe my first responsibility is to the readers of this magazine, as any editor should.

How did I get here? I’ve wanted to be a pilot since forever and an airline pilot since B-707s were the latest thing. The economic realities of the times, though, conspired to push me to a more conventional career. I landed in the computer industry. I flew GA in my spare time, but always wondered what life would have been like as an airline pilot.

After a gazillion years burning out in hi-tech, wistfully thinking about life as an airline pilot, the world gave me a second chance. The airline boom and less competitive hiring environment of the late 1990s got me a job as a turboprop first officer at a regional airline. For that job, I wanted a new flashlight. As a long-time reader of various Belvoir aviation publications, I convinced them to let me do a product comparison—my checkride as an author. I confidently recommended a flashlight, bought it, and became a regular contributor.

The flashlight’s gone. The flying and writing continue. I worked my way into the left seat on the jet. When I took that ATP checkride, I thought it would be my last, but here I am at the controls of this magazine, taking my editor checkride. A different kind of checkride, to be sure, but I remain keenly aware of my responsibility to my passengers.

Flying has been described as hours of boredom punctuated by moments of terror. I’ve found that the pages here can reduce the so-called terror to a few moments of excitement and sharpened senses. There’s good stuff here—the kind of stuff you need in the real world to balance the inherent risks of flying against the utility and pleasure it offers.

The hours of boredom? Well, the good stuff here is worthless if it’s so thick you can’t get through it without an instrument clearance. But, presented in the punchy, lively, casual style that’s a hallmark of this magazine, it can be fun. And if it’s fun, you get more out of it, improving the utility and joy of flying while managing the risks.

My flight plan is to continue the course set by the experts before me, with an occasional vector from our readers who, thankfully, aren’t bashful about offering course corrections. I trust you’d let your kids ride along.