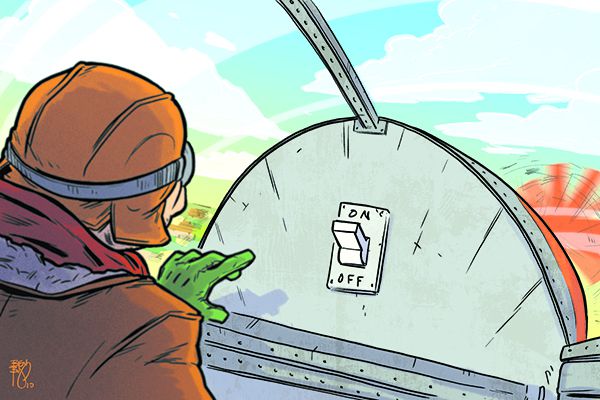 Turn Off a Satellite?

Some FMCs have a satellite deselection function. Some don’t. Why and when should this be used?

Just a quick question after seeing a short video of a Class B tower controller saying she’d rather be talking to VFR traffic squawking 1200 under the Class B than have the pilot assume they’d rather “not be bothered.”

With ADS-B, does ATC always see our tail number? I’m wondering if I can just announce my tail number and assume they can find me?

Any radar facility that’s able to see an aircraft’s ADS-B out data can, indeed, see its tail number. However, radar controllers can suppress the display of a lot of that information until/unless they need it. But, even if they didn’t, they will be responsible for dozens or even hundreds of square miles of airspace, likely containing quite a lot of aircraft, so merely announcing your tail number would require them to look all over their sector to find you.

So, no, unless we get different guidance in the future in the form of an AIM update or perhaps an advisory circular, you should continue to contact ATC and identify yourself in the conventional manner.

I Can Fly an RNP Approach

In your September article “Got GPS?” the author states “…but some approaches specify ‘RNP APCH’ or ‘RNP AR’ (Authorization Required), which are off-limits to the light GA crowd.” This is untrue.

If you can legally fly any GPS approach, you are flying RNP approaches. In the AIM paragraph 1-2-2 it says “In the U.S., RNP APCH procedures are titled RNAV (GPS) and offer several lines of minima…” AC 20-138D confirms that even lowly TSO C129 systems that are certificated for GPS approaches are automatically authorized to conduct RNP approaches. ICAO references agree. Your July 2017 article “RNAV Versus RNP” agrees. Only the RNP AR approaches are denied us mere mortals.

You’re right, Scott. The RNP aspect of “routine” GPS approaches isn’t yet widely understood, and we were merely trying to differentiate from the approaches that are named RNP and require authorization. 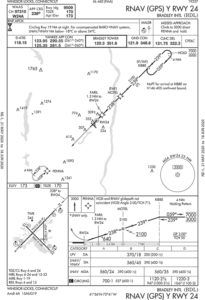 Frank Bowlin couldn’t possibly have said it better, “Autoland—No Thanks.”

I fly my Cardinal RG first and foremost for the sheer fun of tooling around, manipulating all the knobs, dials and levers. Only secondarily do I care if I actually go any place with it. Without a doubt the SR22 is an incredibly capable traveling machine. It flies higher, faster and farther than my Cardinal, its avionics are amazing and it can shed ice. But having been in one a bit (although not as a pilot), I think it’s just not as much fun to fly as your typical 200-horse retrac, or your 160-to-235-horse fixed gear. You can tool around in those planes, and they’re still sufficiently capable to take the occasional trip (unlike delightfully fun-to-fly small taildraggers).

I agree 100 percent. Making my Cirrus autonomous is like giving my Harley autopilot … defeats my whole purpose!

I always enjoy IFR magazine. Keep it up and thank the whole team for me!

Frank Bowlin’s Remarks column “Autoland—No Thanks” misses the point. I had the opportunity to buy a Cirrus a few years ago. My wife, regrettably, was not a flyer and I asked her if it would make a difference if the plane had a parachute? She enthusiastically responded “of course” and I now experience the joy and companionship of having my wife join me on our trips.

When she so readily said she’d fly with a whole-airplane parachute, did I argue with her that NTSB accident statistics show VFR into IMC as a far more frequent causal factor for flying accidents? No, because that did not address her concerns.

Plenty of people will join the ranks of my wife as general aviation flyers if they have the security of modern safety systems in their aircraft. General aviation has been losing members for decades. I believe these systems can help turn that tide.

I agree with you that if I did not have a passion for piloting, I’d charter or fly commercial rather than let technology get me from point A to B in a small plane. However I think you missed a few points on the autoland feature.

I got to fly a demonstration of this system and it goes beyond just saving an incapacitated pilot due to health issues. In the Piper M600 that I flew(?), the system also automatically kicks in as part of the pressurization system. So if the plane auto descends and there is still no pilot response, it will land itself.

Fortunately pressurization accidents are also rare but they do happen. The other scenario you missed is that the M600 has enhanced stability control. So if the pilot over speeds, underspends, or over banks the autopilot will automatically correct whether it is engaged or not. If the pilot still does not respond, the plane will land itself.

As you rightly point out, the accident record is filled with VMC into IMC accidents and pilots becoming disoriented on an approach. Autoland might save the day in some of those situations as well, although proper training always beats technology.

Lastly, and perhaps most significantly, if autoland is what convinces a spouse to buy a plane, it will help GA whether it’s ever used or not.