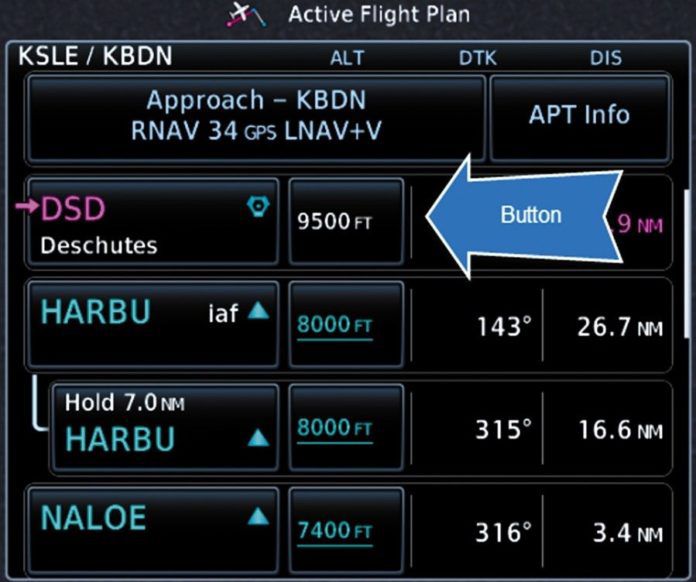 This One Is Free

I just read the Readback comments from Mr. McIrvin and Mr. Colton in the March 2019 issue regarding subscription fees for weather by text message. I glossed over the December 2018 Readback item because I’ve usedWXbyTXT.com. for years and it’s always been free.

The number is (650) 446-6777. Just text the word “METAR” or “TAF” followed by the ICAO airport identifier of interest and you’ll quickly get a reply with the requested information. Even international airports are available. If you want to get hourly updates, you can “subscribe” (for free) by putting “SUB” first in your text message. Thus, to get hourly METARS, for instance, for Walla Walla, WA, (KALW) you’d text “SUB METAR KALW” until you no longer wanted them and sent “STOP METAR KALW.”

These easy instructions are on their website,WXbyTXT.com.

I haven’t tried that other service so I can’t comment on the value of their subscription, butWXbyTXT.com. works fine for me at no cost.

We’ve been to the website and tried this service. Without any in-depth analysis, we can say that this appears to be exactly as Mr. Wegman reports. Thanks, Dan.

I always enjoy Tarrance Kramer’s deep dives into ATC procedures—especially IFR—and the regs that are a part of our flying life. And his “Sitting in Limbo” in the January issue is no exception.

I would add one thought, though. With the weather and situation as described, and if I were as smart about the regs as Tarrance is, I would go over to Tower as I had been told, give a brief position report (10 miles north for landing) and then “cancel IFR.” Then, I’m in visual conditions, not under IFR, talking with Tower, so no approach clearance required.

Thanks for your note, Bill. Many readers suggested the same way to handle the situation, and we agree it works well. However, it sort of skirts the issues Tarrance was trying to explore, so that’s why it wasn’t presented.

I have a question about January’s “Sitting In Limbo” by Tarrance Kramer. I am curious if Kramer had also considered the thought about canceling the IFR flight plan and proceeding VFR after being switched to Tower in his proposed scenario? Would this alleviate the pilot in command’s responsibly to obtain a clearance for the visual approach then?

I don’t disagree with anything Kramer poses as solutions to the scenario in his article. But, it was the first thing that popped into my mind because I agree that you must obtain your clearance for an approach while on an IFR flight plan. However, would it be ill-advised to cancel IFR with Tower upon check-in for the landing behind the Cherokee? Based on the weather and conditions, it seemed like a better plan than to play the frequency swap or delay that might occur attempting to get the clearance amid the coordination efforts in the terminal environment that appear very busy at the time.

My reason for asking the question is to share this scenario with my flight students. Besides, I could see myself getting into this specific situation and needing to abide by the regulations and set the appropriate example for my up-and-coming future aviators.

Actually, we’ve just concluded an e-mail dialog with another reader asking essentially the same thing. Simple answer is that, yes, cancelling is clearly an option.This option, however, raises a lot of interesting discussions that we’re planning for a future article.

Thank you for “Garmin GTN Updates” in January. There were some small errors on VNAV that might be worth correcting.

First, the new GTN VNAV is consistent with other Garmin systems that have had VNAV for years. So, a pilot transitioning from the G1000, G2000, or G3000 should have few surprises.

You wrote, “The altitudes next to the waypoints may be changed if they are blue (cyan),” and, “When the altitudes are shown in white, they cannot be changed, such as approach minimums.” This is not correct.

Cyan altitudes depict constraints to build a VNAV profile. In other words, the Active VNAV Constraint (formerly called the “Active VNAV Waypoint” in other systems) will sequence along the blue altitudes.

For example, the altitude at DSD in the top photo is calculated from where the VNAV flight path angle that terminates at HARBU at 8000 feet crosses over DSD. The button allows you to change this altitude if you want a non-linear descent to HARBU.

Altitudes that are prohibited from being set as a constraint do not have a button such as at GUPYE in the second photo.

One takeaway I would suggest is that the new VNAV capability in the GTN is surprisingly complex, with some hidden features and limitations. Spend time practicing with the free GTN Trainer you can download, and get with an instructor who knows the system to take you through its paces. For example, do you know what VNAV -D> does? If there were a constraint in the database, and you change it, do you know how to revert to the original value from the database? A pilot’s level of proficiency needs to include those kinds of skills before relying on this system in the heat of a busy IFR flight.

Thanks for a great article on the benefits of simulator training (“A Fresh Look at SIMCOM” in November 2018). I fly a 2006 SR-22 with Avidyne Avionics. A planned winter annual, paint job, and interior refurbishment is keeping the plane down for nearly 3 months. Because of this downtime I looked for recurrency training and, unlike Mr. Bowlin’s experience, was able to talk to someone at SIMPRO based in Aurora, IL.

I had a great experience over the course of 2 days. They have a functioning SR-22 simulator with similar avionics that allowed me to explore abnormal procedures, emergency situations, and the edge of the Cirrus flight envelope including a simulated CAPS deployment. In addition I was able to log nine instrument approaches in challenging weather situations.

I would highly recommend SIMPROs Cirrus recurrency training to any other Cirrus drivers. I feel better equipped to handle these unusual situations in the plane, having already experienced them in the simulator and plan on making this a routine part of my training.

I’d previously been to Glass Simulator Center, the previous name of SIMPRO. I saw the Cirrus simulator you mentioned and it was clearly a specialized, devoted piece of equipment.It’s obvious that a company like SIMPRO couldn’t be in business if you can’t reach them to inquire about their training. So, them not returning my call was not likely the norm, but even one unreturned phone call is reason for concern. It’s good that your experience was positive; mine wasn’t on my latest attempt. —FB

For the last 45 years I’ve typically requested VFR on top on an IFR clearance when I’d be in and out of clouds.

Recently I was asked if I wanted VFR or IFR. Have the rules changed? I want to be IFR but want to make my own VFR determination of clouds to prevent icing.

No, the rules have not changed.VFR On Top isn’t common and it might simply be that the controller didn’t understand it. If you continue to get controller reluctance, you could simply be specific: “Request altitude VFR On Top, on my IFR clearance and flight plan.”Note though, that like any altitude clearance, it is at the discretion of the controller to approve and there might be valid reasons to deny it.