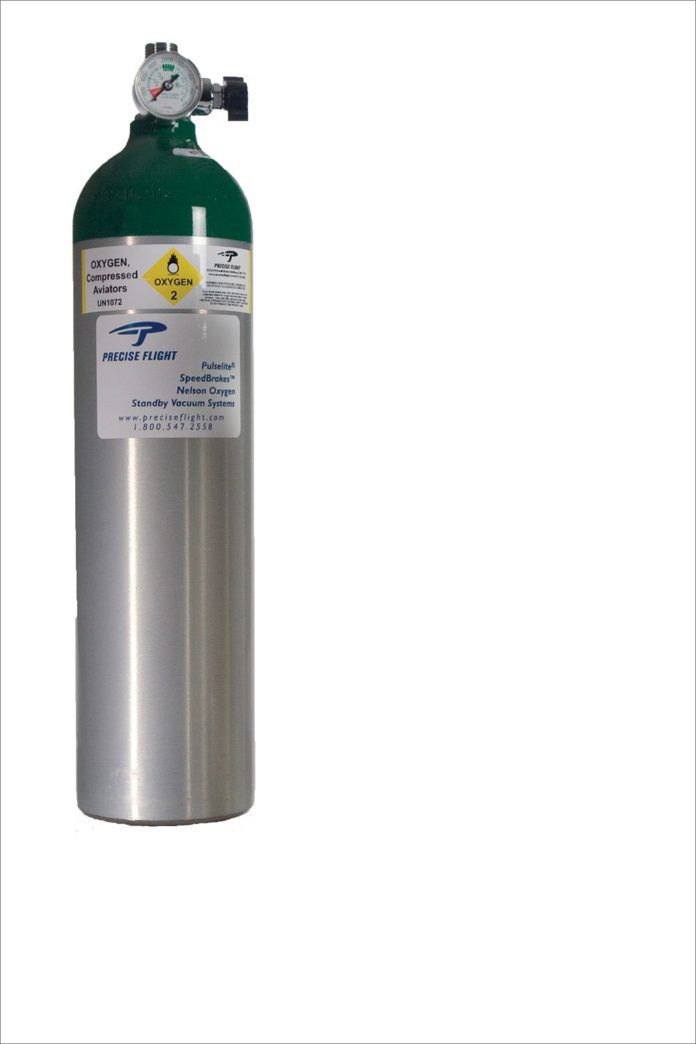 Can I Just Breath Air?
Thanks for your excellent article on aircraft oxygen systems in April. It is a common misconception that these systems deliver air. Although your article correctly referred to oxygen, people often ask, “Can’t I just breathe the air from my scuba tank? It costs a lot less to fill, and I already have one of those?”

This reasoning is wrong on two fronts. There is a difference between the pure oxygen in aircraft oxygen systems and ambient air. Ambient air contains just 21 percent oxygen, which is what you breathe from your scuba bottle. Another misconception is that the percent of oxygen in the air decreases at altitude, and that is why you need supplemental oxygen. The problem at altitude is not because there is less oxygen, but that there isn’t enough pressure on the oxygen in ambient air for it to effectively oxygenate your blood, so 100 percent oxygen is required.

Alphabet Soup
Having a late seventies mostly steam gauge Cessna always puts me behind the avionics curve. So I thought reading “Don’t Fear the Red X” in April seemed like a good idea.

I’m embarrassed to admit that I never finished the article, frustrated with uncertainty regarding the acronyms. Assuming all of your readers currently fly glass and/or have an avionics background may be a bit of an overreach. A glossary would have been great.

John Gebhard
Waukesha, Wisconsin
That’s a reasonable criticism, John. Here’s your glossary, only a month late. Perhaps armed with this you can finish the article?

AHRS—Attitude Heading Reference System: Really nothing more than the electronic functional equivalent of spinning mass gyros, although the contents of the AHRS package can be quite complex. Some manufacturers include the air data computer in the same package (ADAHRS) to also output airspeed, altitude, temperature, etc.

EFIS—Electronic Flight Information System: Generically, this includes any digital instrument or package that replaces conventional gauges. Think of it in this context as the opposite of steam gauges.

GPSS—GPS Steering: Steering commands to the autopilot come directly from a GPS and include turn anticipation. With EFIS, GPSS will adjust the course pointer in response to the GPS route. Also called GPS roll steering.

MFD—Multi-Function Display: As the name suggests, this EFIS display has many purposes. In most installations it will display maps, approaches, weather and other auxiliary information.

T & G @ ORD?
The “On The Air” about a C-172 pilot requesting touch and goes at KORD reminded me that I’ve actually done that, and at the controller’s invitation.
I used to take people on scenic night flights around the Chicago lakefront. Altitude varied from 1800-2800 feet to remain under the (then) TCA.
As a Chicago Center controller, I had some inside information on TRACON operations. One night after the swing shift, I took a fellow controller and a couple lady friends up for the tour. ORD used a dedicated midnight shift frequency and we were monitoring it because the late night cargo plane rush was landing over the top of us on Rwy 22R.

As we neared the 22R final approach course, I contacted ORD and requested VFR flight following, saying I’d remain clear of the TCA. He replied, “Radar contact. You’re already in the TCA. Cleared to enter the TCA.” I was flabbergasted, especially since I had flown this exact flight dozens of times recently. I quickly reviewed my chart, and finding no error I was about to query the controller when he stated, “We just checked the overhead chart. You’re right, you were clear of the TCA. Wanna do some touch and goes at O’Hare?”

What pilot could possibly resist that invitation? Ever since, my logbook has documented a touch and go at ORD.

It’s amazing how relaxed ATC can get after midnight. There were a couple college students years ago in a C-150 that did a landing, take-off, T&G and a landing, all in one straight shot down the long runway at the old Denver Stapleton, but the editor knows nothing about that.

Which Way the Clock?
In the February article “Fine Tune Your ILS,” you state that in the northern hemisphere as you get closer to the earth the winds shift clockwise. I think that is reversed. I also fly balloons and we count on turning right as we take off and climb and turning left as we land.

To make sure we weren’t a victim of brain fade, we asked resident weather expert, Tim Vasquez. He replied, “Typically, given no thermal advection, the wind direction veers as you go down (backs as you go up), in other words as you sink, normally they shift from south-to-north to west-to-east (clockwise) and weaken. This is a consequence of friction entering into the geostrophic wind equation; since Coriolis is velocity dependent it reduces its effect in the balance between Coriolis and pressure gradient, which acts toward the right, so instead of blowing south to north, it becomes increasingly southwest to northeast and so on.

“If there is thermal advection, this will produce backing or veering with height, and which may be predominant in certain areas and can be determined from the climatological wind rose for a given station.”

Explain That, Please…
I’ve got a couple questions from your February issue. In “Plan a Safe Departure” what’s up with the “climb on heading between 350CW to 160 at KBJC? For all courses, why not just simply fly to the DEN VOR and climb in the holding pattern as you depicted?

Also, in “Crossing Restrictions” why the FL210 restriction between PUFFR and SLMON?

It’s common to see ODPs with instructions that vary with your direction of flight. Denver’s Rocky Mountain Metro is nestled right up against the foothills, putting mountains to the west, and the plains of eastern Colorado to the east. The standard minimum climb rate on an eastbound course is sufficient to keep you out of trouble.

The altitude restrictions on the PUFFR are minimums likely to keep arriving traffic out of the way of Denver International departures.

We look forward to hearing from you with feedback, corrections, comments, etc. Please send them to IFR@BelvoirPubs.com. Please include your name and location. We read every e-mail.