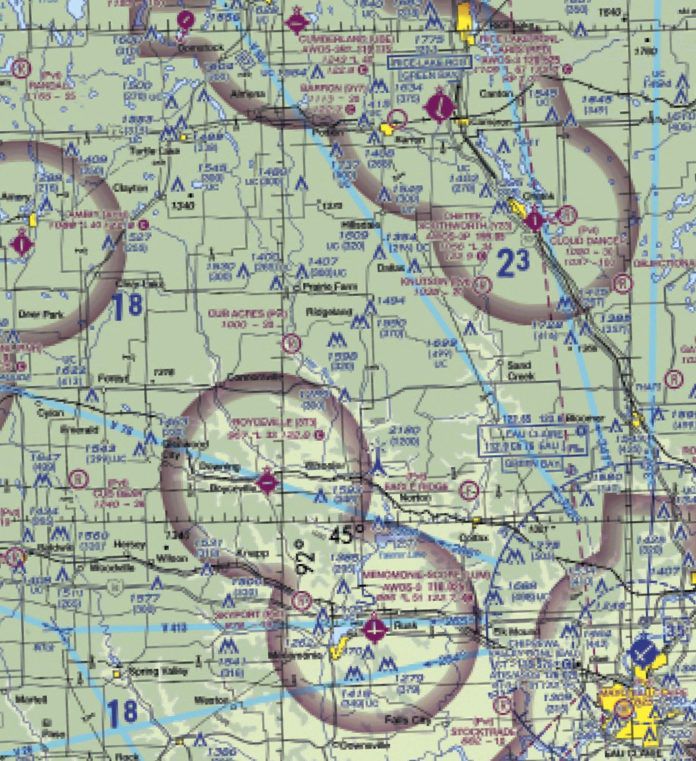 Is that AGL or MSL?

OK, I’m going to pick one tiny nit about the April 2019, Killer Quiz. Anywho … good quiz, and—oh boy, what a Charlie-Foxtrot this pilot has gotten him/herself into.

The nit is with one of the parts of the answer to Question 11. As the answer to question 3 says, our minimum descent altitude for this approach is 1100 feet, but that’s MSL. (Basic minimum for the LOC-7 approach is 1000 MSL, to which we added the required 100 feet for remote altimeter.) As the chart says, that 1000 MSL translates into 611 feet above the touchdown zone elevation of 389 feet, so 1100 MSL is 711 feet above TDZE (and 703 feet above airport elevation).

Earlier in the quiz, the weather is given as 900 overcast. That 900 feet is, of course, AGL as all ceiling measurements are. With reported ceiling of 900 feet AGL, or 900 + 397 = 1297 feet MSL, it’s likely a descent below the ceiling could be made. So, despite the quiz answer to question 11, in sub-point 4) reported weather is *not* below minimums, unless the visibility, which wasn’t stated in the quiz, is a problem.

Of course, we’re getting blown rapidly off course, so the approach may or may not be salvageable. But the ceiling isn’t the problem here. We won’t say anything about pilot judgment, nor about forgetting the six T’s to do at the FAF of every approach: Time, Turn, Throttle, Tune, Twist, Talk. In particular, the first of those, Time, didn’t happen on this approach.

Thanks again for a great mag. I look forward to it every month.

Thanks for your kind comments, even in spite of the obvious goof.I reached out to the author to make sure there wasn’t something else—like possibly a visibility below mins that was inadvertently edited out—and he said, “Looks like an oops. Sorry. It’s that darn AGL vs. MSL thing. I musta been in a hurry.”Good catch, Tom. Thanks.

But It’s Still a Wide Body…

“Human Factors” in April, incorrectly identified the Everglades crash as DC10 when it was actually an Eastern Airlines L1011

Argh! That can’t even be blamed on the author; it was introduced during in-house copy editing.According to Wikipedia, “The crash occurred while the entire cockpit crew was preoccupied with a burnt-out landing gear indicator light. They failed to notice that the autopilot had inadvertently been disconnected and, as a result, the aircraft gradually lost altitude and crashed. It was the first crash of a widebody aircraft and, at the time, the second-deadliest single-aircraft disaster in the United States.”All for a light bulb…

I am writing to hopefully get some help on a debate we’ve been having recently at CFI school. A group of us are diligently preparing for our CFII rating and the topic of the recent FAR changes regarding IFR currency came up. Rumors are flying about the FAA eliminating the six-month grace period an instrument pilot may utilize with a safety pilot to get their six approaches. This was countered by rumors of a letter of interpretation that states the six-month grace period still exists. Have you heard any of this? Can you help give us some direction? Thanks!

Relax, Josh. Nothing’s changed: Currency for six months, then six months to regain currency with six approaches. After that, get an IPC. This, from our regs guru:Nothing to see here except some things never die. The current language has been the same since December 2011. No one had a problem with the rule as written in 1997 (and before) but in 2009, the FAA “clarified” it. The result of the clarification was mass confusion and a lot of discussion that (ready?) the FAA eliminated the six-month grace period.In late 2011, the FAA issued a corrective amendment coupled with a February 2012 Chief Counsel letter (Whistman) that, (1) yes, the 2009 language was confusing, (2) no, the grace period was not removed, and (3) the December 2011 amendment was to clear that up.The 2011 amendment is exactly the same language as today. It was not changed in the 2018 amendments. The six-month grace period is alive and well.

In an article not too long ago, you made reference to the time required to gain IFR currency in an airplane, comparing it to the obvious efficiency advantage of a sim.

Just for fun, I got out my EFB and asked, “What’s the shortest route from home to home that will let me fly six approaches?”

Well, KLUM 3T3 KAHH KUBE Y23 KEAU KLUM is a round-robin that can be flown either clockwise or counter-clockwise. It just happens that I can fly it in about an hour in my Mooney 231 at 135 KIAS between airports and about 100 on approach. Only KEAU is a controlled field.

The first time I tried this, it was with an overcast, and I filed instruments. But that adventure seemed a little hard on ATC, for it’s way outside their routine operations, and it seemed cumbersome for the controller to check me on and off frequency every couple of minutes. On half the trip I was below radar anyway.

To make the job simple, into one GPS I enter a flight plan that is IAF-airport-MAP for each airport—three waypoints for each airport—and simply revert to that as needed. While that’s active, I put direct-to the next airport, then activate the desired approach, and switch to that guidance when at the IAF.

In any case, it’s fun to string a lot of approaches in rapid sequence. Avoids boredom and emulates a busy environment, while keeping me fresh on managing all the computers. (Flying is the simple part).

Yup, that’ll keep you goin’ for sure. Lots and lots to do. But, that’s 116 total miles, not counting the extra added by the approaches. There’s certainly no time to waste.We read ’em all and try to answer most e-mail, but it can take a month or more. Please be sure to include your full name and location. Contact us atIFR@BelvoirPubs.com.