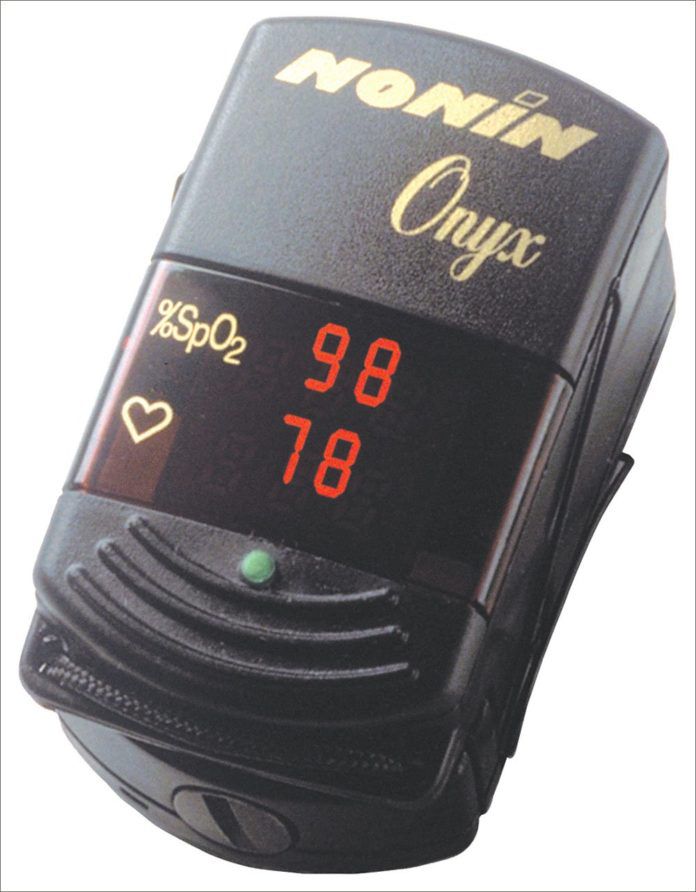 Who Ya Gonna Call?
Your April article on oxygen mentioned that you could only find one company who’d talk to you Well, you didn’t contact Aeromedix. We would have not only responded immediately, we would have told you that the FAA has finally acknowledged that “oxygen is oxygen” and instead of “aviator’s breathing oxygen” the FAA will be publishing a purity standard for oxygen by this fall which all modern oxygen sources meet, thus eliminating the “aviator” problem. This is largely due to Gary Eaton who has been leading a one man campaign to get the FAA to publish the new standards.

I’d also point out that Aeromedix introduced pulse oximetry to general aviation in 1995 when they were still prescription devices. We would have let you know that our recommendation on the proper use of a pulse oximeter is that the pilot “should” use oxygen when his/her saturation drops five points below their home altitude saturation and “must” use oxygen if their saturation drops ten points. Oxygen flow should then be titrated to bring their saturation back to their home altitude level.
Next time, drop a dime on us!

Fair ‘nuff, Brent. Next time we’ll be sure to include Aeromedix. And thanks for the welcome update on ABO.

We’re aware of the contributions Aeromedix has made but we mistakenly did not think of your company as a manufacturer.

As a matter of fact, I still have the original Nonin pulseoximeter I purchased around 1997 as a result of the push Aeromedix made to educate general aviation on the importance of proper oxygen use.

What’s In a Number?
I just finished reading January and found what I think are a couple errors.
First, in the Briefing you state that 2011 fatalities were 444. Then in Readback, Frank Robinson quotes the November IFR as stating GA “…kills between one half and one percent of its participants…” I think your math is off; I can’t make them work even if I look elsewhere for some additional data.
Next in the Texas Three-Step Killer Quiz question 10 asks what’s wrong with the panel. I agree the ADF is busted. But I’d note that more importantly the pilot failed to twist to find final approach course of 215. The HSI and bug are set to 245.

I think the numbers issue is less one of errors or misinterpretations, and more one of the old saying, “Lies, damn lies and statistics.” The problem with statistics isn’t the raw numbers, but the interpretations. We must rely on getting our numbers from sources that have already provided some interpretation and creative choices of what to express as a percentage of what. Bottom line, I believe, is that no matter how you interpret the data, the results are sobering. That’s the takeaway, far more so than the value of the numbers themselves.

You’re right that the course in the quiz should’ve been 215. Note, though, that the GPS-driven CDI (following a flight plan), like a LOC, doesn’t care what course is set on the indicator. So, proper procedure and situational awareness should have had the course at 215 with an intercept heading bugged, but navigation wouldn’t care.

Ever Heard of Ft. Worth?
On page 13 of the May issue, you mention the Dallas Center. Hate to tell you, but there ain’t no such thing. There is a Fort Worth Center, though.

I do know the difference, and yet I still missed it. So, oops. (Dope slap heard in the background.)

Don’t Dis My RNAV Approach
In the “Readback” section of March, regarding Class B airports you said “…yet it also has RNAV and VOR approaches, none of which are ever likely to be used.”

I would argue that RNAV approaches (LPV in particular) are fast becoming more popular than ILS approaches considering their low cost and high accuracy and the fact that more and more aircraft are being equipped to fly them.

In general terms, I agree with you, Jeff. But the comment referred to the major airports at the center of a Class B. You’ll find VOR and RNAV approaches, even still the odd NDB approach, at major airports like ATL, JFK, LAX, ORD, etc. yet only visuals or ILSes are ever flown.

How Fast is Fast Enough?
I have a question on the new RNAV STAR’s the FAA is beginning to implement. I regularly fly into Denver’s Centennial airport from the southeast in my Eclipse 500. I’m usually given the DUNN ONE arrival, but the only way I can make the speed restrictions at LAYLA and DUNNN is in a descent. So far, I’ve just told ATC and they work it out, but can I legally file that arrival since I know I’m going to get it anyway, even though I might not make the speeds?

STARs exist primarily for ATC purposes. If someone isn’t able to comply with a speed restriction they can mess up the flow of traffic that is being sequenced based on ATC assumptions of performance along the route.
Now consider NORDO. You’re expected to proceed as filed and comply with your filed procedures. Yet, if you filed something you can’t do, what then?
You’d never file off-airway direct fix to fix without some RNAV, would you? So, to be safe, the same guidelines should apply to your arrival.
Granted, speed restrictions are a bit different than routing requirements, but it’s one of those “Why bother?” situations. You know you’re OK if you don’t file the arrival, so why risk a problem by filing it?
Bottom line: If you can’t fly it, don’t file it.

Now, let’s shift to more practical advice. You say you can’t maintain 280 kts in level flight. You don’t have to. These restrictions are on an arrival where you’re descending. I assume you can maintain 280 in a modest descent? So, if you get a clearance to descend via, just time the descent to be able to make those restrictions plus the one at IMAGN. After that you should be OK.
Talk to us. We’re here for you. Send your letters, hopes, fears, complaints and questions to IFR@BelvoirPubs.com. Please include your full name and location.