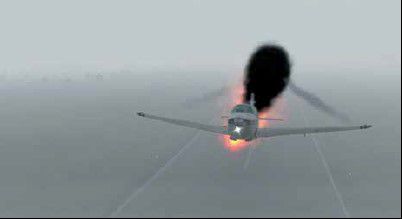 I seem to have a lost subscription problem. The last issue of IFR I received was Volume 36 Number 9. As you can see, my subscription runs to February 2021.

Can you fix this?

As noted in the “Contact IFR” box on Page 4 or Page 5 of every issue, (here, shown to the right) the editorial office cannot resolve subscription matters. We simply have no visibility into, nor an ability to make changes to, the subscription database. We have to forward your request to the right place and we’re often weeks or more behind in e-mail, adding more delays to your resolution.

So, for much faster and more efficient service on subscription matters, you’re in good hands with customer_ service@belvoir.com.

That Bo’s In Trouble

Eek! I hope the photo of the Bonanza on the November, 2020 cover is Photoshopped!

Also, I enjoyed your Remarks column about your checkrides, and it got me reminiscing about my three checkrides for two ratings. Yeah, after nailing the NDB and VOR approaches on my first instrument checkride, I bombed the ILS. I think the Examiner was unhappy that I showed up for the checkride with exactly 200.0 hours in my log book—the absolute minimum required for the rating—and was looking for something on which he could fail me. When the localizer needle went four dots to the left (in low-level wind
shear the 10-degree wind correction angle I’d held down the glide slope was suddenly nine degrees too much), he called it off-scale.

Failing checkrides apparently runs in the family. Long after his passing, my mother handed me my father’s log book. Examination of the log book showed two failed Private checkrides (and two “Form 666 issued” notations) before the third, successful one.

Not only was the cover shot of the Bo Photoshopped, it was created in a simulator. So, it was all completely virtual; no physical aircraft were harmed in creating this image.

In the November article, “BasicMed lacks Admin,” the author asks a rhetorical “NAV CANADA, are you listening?” pertaining to the acceptance of BasicMed outside of the United States:

Surely, the answer is no, as NAV CANADA handles ATC in Canada, not the Canadian Aviation Regulations. Transport Canada, the equivalent of the FAA within Canada, already has a Category 4 medical certificate which predates BasicMed by decades, and is nearly equivalent.

Unfortunately, the Category 4 medical has never been accepted by the FAA. It’s a loss for pilots on both sides of the border that, at this time, despite the stark similarities between the FAA’s BasicMed and the Transport Canada’s Category 4 medical, that no bilateral acceptance agreement exists between these two countries.

Thanks for correcting our careless error. Of course, we meant “Transport Canada.” (Perhaps you heard the dope slap as we read your note.)

While logic would suggest that the FAA should accept the Transport Canada “Category 4” medical, that might be unlikely. BasicMed in the U.S. came about, not because of some newfound enlightenment within the FAA, but through legislative action. A law was passed that required the FAA to implement what has become known as Basic- Med.

All this really belongs with ICAO. They should endorse one more type of medical approval, something like your Category 4 in Canada or BasicMed in the United States. Some restrictions and variations are inevitable, and clearly there’s no mandate that any member country endorse specific ICAO guidance, but it’d be a start and one that could ultimately transcend international borders.

As a doctor of Chiropractic in Utah, I would like to point out an error in your November 2020 BasicMed story. The FAA rule on doing BasicMed examinations simply requires that the examiner be a licensed physician. In Utah and many states, Chiropractors are licensed as physicians and can do the exams.

Actually, this is one of the things the DOT IG pointed out: that there are inconsistent standards on who can and who can’t conduct BasicMed exams and properly follow the “Comprehensive Medical Examination Checklist.”

But, you’re right in that if your state licenses you as a physician, you’re permitted to perform BasicMed exams. This, from the FAA’s BasicMed FAQs:

“Q: I don’t have a doctor who is a M.D. (Doctor of Medicine) or D.O. (Doctor of Osteopathy). I do use a chiropractic physician and a naturopathic physician. Can I use them?

“A: The FAA relies on the determination of each state (as well as each territory and possession of the United States) as to which persons it will license as physicians. If the person holds a license as a physician issued by any state, territory, or possession, then he or she meets the requirement as a state-licensed physician. However, the FAA recommends that you check with the medical licensing board or authority in your state for clarification as to whether other classes of “state-licensed physicians” are felt to have the privileges, training and experience to conduct all portions of the Comprehensive Medical Examination Checklist.”

I enjoyed the September 2019 article about flying the Garmin Visual approach in an emergency in IMC.

I had an opportunity to fly the Garmin Visual to KDXR, Danbury, CT, in VMC a couple months ago. This is a great example of needing to know the airport before flying the Garmin Visual especially in an emergency IMC. The approach to Runway 26 visual will fly into terrain. Good to know before attempting.

Flying it visually also created a bit of cognitive dissidence as I flew the visual glideslope wondering why it seemed I was getting way too close to terrain. There are some psychological factors that one needs to be aware of when flying these visual approaches that look and feel like LPV or ILS approaches.

I used to subscribe to this magazine a long time ago; think I will do so again. Thanks for the great write up.

That’s useful feedback on the “Garmin Visuals.” Thank you. Obviously, it serves to underscore the inherent danger in putting too much faith in what, in the final analysis, is nothing more than a mathematical construct that knows little about terrain or obstacles around the airport.

We’d love to have you back as a subscriber. We think you’ll now find the magazine everything you used to enjoy, but with even more value packed in.