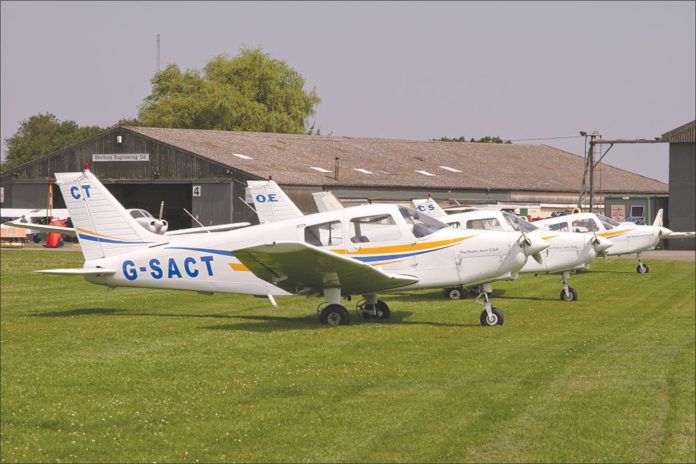 IFR Lite? Are You Kidding?
I enjoyed Mr. Thorpe’s well-balanced article comparing IFR training in the U.S. and the U.K. (“European IFR Changes” June 2012 IFR). I would, however, like to comment on two of his statements.

First, the En Route IR ticket, which “lets a pilot depart and arrive visually with a trip through IFR or low visibility in between” strikes me as an invitation for accidents. How many times have we flown when the actual weather is at variance with the forecast? What are the options upon arrival if the pilot is met with IMC conditions?

Second, Mr. Thorpe cites flying his Cessna 421 IFR to an air show only to find that approaches were restricted to aircraft of certain tonnage. Presumably this information was buried somewhere in his preflight NOTAMS. Perhaps, both the FAA and the CAA should receive F grades for not drumming into Mr. Thorpe (who is certified in both countries) the importance of reviewing all pertinent information prior to any flight.

I read, with interest, Jim Thorpe’s article but I find some of the new policies entirely baffling.

On the one hand, it appears that EASA is significantly relaxing the requirements for an instrument rating and is doing away with irrelevant items in the current syllabus. On the other hand, EASA is effectively rescinding the long-term policy of reciprocity with the FAA. Presumably, EASA would make these changes in the interest of improved safety. But given some of the other changes Jim wrote about, their motivation becomes questionable.

Among other things, the notion of an en route instrument rating seems patently ridiculous to me. Will such a rating contribute to improved safety? Have you ever launched off into forecast soft IFR conditions only to find that you ended up having to fly a real approach when you arrived at your destination? I certainly have, and I’m sure glad I was qualified and legal to fly the procedure when I needed to because, otherwise, the outcome might have been a whole lot less pleasant.

I view the En Route rating as an invitation to an accident in much the same way that exercising the U.S. privilege of flying VFR at night under certain circumstances can be troublesome. Someone who is not qualified for IFR has no business making a flight under those conditions in that environment.

Likewise, I find Jim’s comment that “PIREPs have never existed in Europe, with no apparent impact” astonishing. I, for one, value PIREPs greatly, especially given that I fly a light single without ice protection, and I shudder to think how losing this valuable resource would impact safety. In fact, I relish the fact that I can now view ADS-B sourced PIREPs in ForeFlight with my Stratus receiver. That technology is a stellar example of the FAA and the private sector working well together.

So are EASA’s new regulations and policies baffling? No, not really. Clearly they have been made for political and economic reasons, and are definitely not in the interest of aviation safety.

Dan Johnson (“Readback,” June 2012 IFR) and the author of “Smooth Talker” (April 2012 IFR) both missed the important point of the “VAPOR inbound on seven-mile final for Runway 23” announcement on VFR days.
If the call was “VAPOR inbound for Runway 23,” would anyone, let alone everyone, know where that aircraft is in the traffic area or pattern?

It is a longtime complaint of mine when an IFR aircraft announces an IFR fix for the airport without letting us poor VFR pilots know what their location was in compass cardinals (N, NE, SW …) and distance from the field. Even after becoming an IFR pilot, I still would not know the location when I was at an unfamiliar airport. Would you? They are not “claiming right-of-way” for landing, as Dan asserts. Rather, they are claiming “noise abatement” by avoiding the sound of two aircraft colliding in midair!

Saying something like: “YAHOO, seven miles northeast for the ILS Runway 23 at Podunk,” takes two seconds of additional air time, but tells every pilot exactly where you are in relation to the airport. That is the take-home message! That is Smooth Talking!

Fair point, although “seven-mile final for Runway 23” does say the approaching aircraft is northeast of the field. It just takes a bit more visualization to know it.

A Good Use For FSS
In “Getting All the NOTAMs” (June 2012 IFR), Lee Smith said, “In order to be confident we have all the NOTAMS, we need to check online or through AFSS for recently added NOTAMS, then consult the NTAP for older ones, and finally consult the Change Notices book for permanently changed notices.”

Any recently added NOTAMs should be with Flight Service, DUATs or your flight planning software if you have it. The change notices can be found at http://aeronav.faa.gov/tpp_change.asp, but these will be incorporated into every 28-day update for something like ForeFlight.

I Won’t Go There
IFR is great. I’m happy. No problems with you and the publication.

But I’m really concerned about the safety of aviation as it pertains to the role of the PIC versus ATC.

I was flying to Orlando a little while back, coming over the Panhandle from Houston toward Ocala, and heard one Pilatus report severe turbulence—including 4000 FPM drops. The pilot was shaken, to say the least, and suspected airframe damage.

A few minutes later a beacon was reported. ATC asked multiple aircraft to report where beacon was strongest. It was about 80 miles south of me, and turned out to be the Pilatus that crashed with six aboard, killing an entire family.

I have listened to the ATC recordings of the re-route to Lakeland, Fla., which took the Pilatus toward the weather. ATC warned of a Level-5 cell at 12 o’clock and 30 miles that was 30 miles wide. That’s a minimum 20-degree deviation—now. The pilot acknowledged and continued the climb, asking for the abbreviation for Lakeland. He then flew into the weather that tore the wings off the Pilatus. I have heard no reports of the PIC refusing or even being concerned about the re-route and weather.

The next week, I was flying back to Houston with the same overland route and there was a huge storm just east of the Crestview VOR with a line extending up to Tennessee. I requested a 15-degree deviation south of the VOR and was denied, as the MOA was active. ATC said I could have anything north of the VOR. I stated I was unable to accept anything but 15 degrees south of the VOR to get around the storm.

After a few minutes, ATC granted me the deviation and I was back on course in no time. But it was an unnecessary battle. Anyone with XM weather or The Weather Channel on across the room on a TV could see this, but Center only cared about the MOA and dotted lines on a map.

As pilots in command, we have the right to refuse bad routes. Morally we are bound to do so for our families, passengers, and the poor souls on the ground under us. But we as a group lapse into a zombie-like state to do as we are told with no consideration of the weather. It’s as if ATC was the Wizard of Oz and we haven’t pulled back the curtain.

I’m sick of it. My family was very upset at hearing the exchange on the radio and considering how dangerous these lapses are. It’s time for an article on “Unable.”

While we’ll never know exactly what happened in that cockpit, we think you’re right on revisiting this topic. Likewise, if anyone out there has ideas for articles they’d like to see in IFR, let us know. Send your ideas, accolades or affronts to ifreditor@belvoirpubs.com