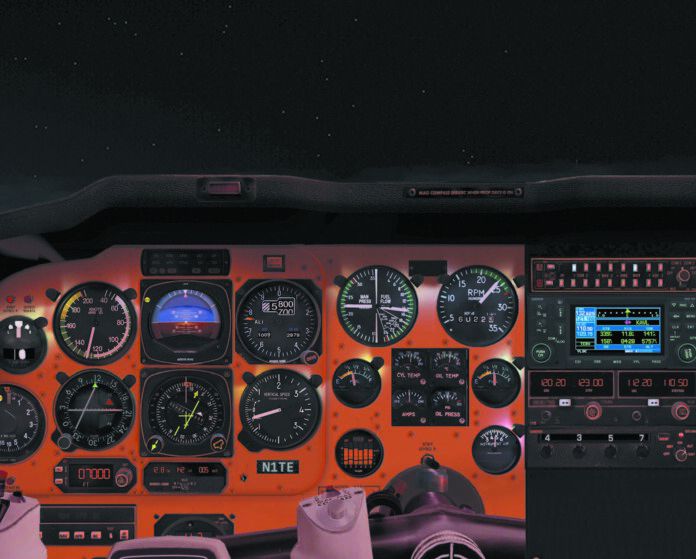 You recently got the upholstery redone in your new-to-you Bonanza BE33. It’s a nice cream color with blue accents, and now with a nice gash in the seat thanks to an errant screwdriver. You’ve made the 45-minute flight from Asheville, North Carolina (KAVL) back to Rock Hill, South Carolina (KUZA) to have the seat cushion repaired. The shop promises that it’ll just take “a few hours.”

After a few hours of waiting, you realize you may have had a different idea of how many hours “a few hours” might be and are reminded that no plane project is ever plain and simple. Your return home might be your first night flight to KAVL in your new plane. You’re anxious to get back since the weather forecast shows a good chance of spring storms and lower ceilings in the morning. Right now, KAVL shows some scattered clouds in the area with a forecast of marginal VFR after your arrival time.

The sun has set by the time the seat repair is finally done. You thank the shop for staying late, file your flight plan, and get ready to head out. Takeoff from KUZA is uneventful and Charlotte Departure promptly issues a climb to your cruise altitude of 8000 feet with a handoff to Atlanta Center. On check in, the controller advises that the glideslope for the ILS to Runway 35 is out of service, but you don’t expect it to be a factor, since you are planning to get vectors for the visual approach.

When you departed, KAVL was reporting clear skies, but once you pick up the ATIS, it’s reporting broken clouds at 1100, two and half miles of visibility, and north winds at 20 knots. Atlanta Center clears you down to 7000 feet and says to expect the LOC 35 approach.

You’re cleared direct Sugarloaf (SUG), maintain 7000 until established, and cleared for the approach. Not expecting the full procedure, you ask for vectors but are told they’re unable due to lack of radar coverage below 6000 feet. You quickly review the approach. Feeling behind, you thought about loading up the approach in your new GPS as a backup but weren’t certain how to enter a transition. Think you can pull this approach together? 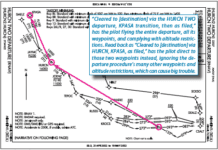 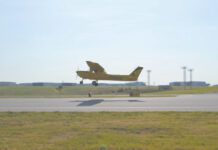