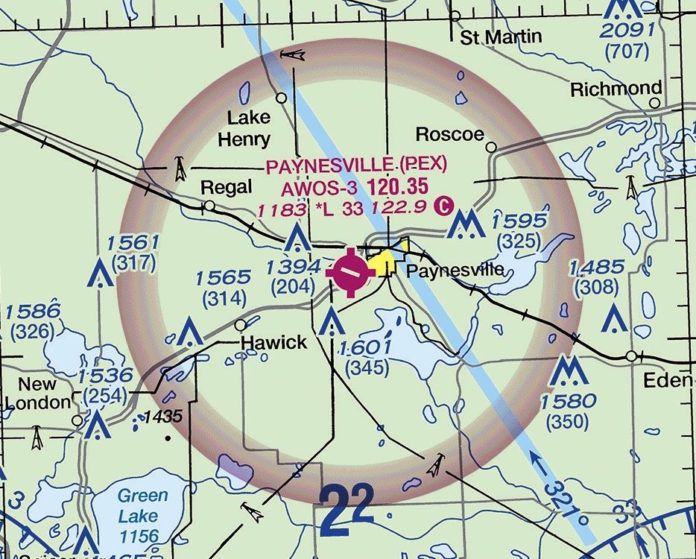 The United States has lost once large areas of uncontrolled airspace above 1200 feet AGL. IFR en-route flight in uncontrolled airspace has become an anachronism, but many everyday operations have a Class G component. To give some ammunition for those hangar discussions as well as help us better understand the system in which we fly, let’s review some of the applicable rules and practical considerations. 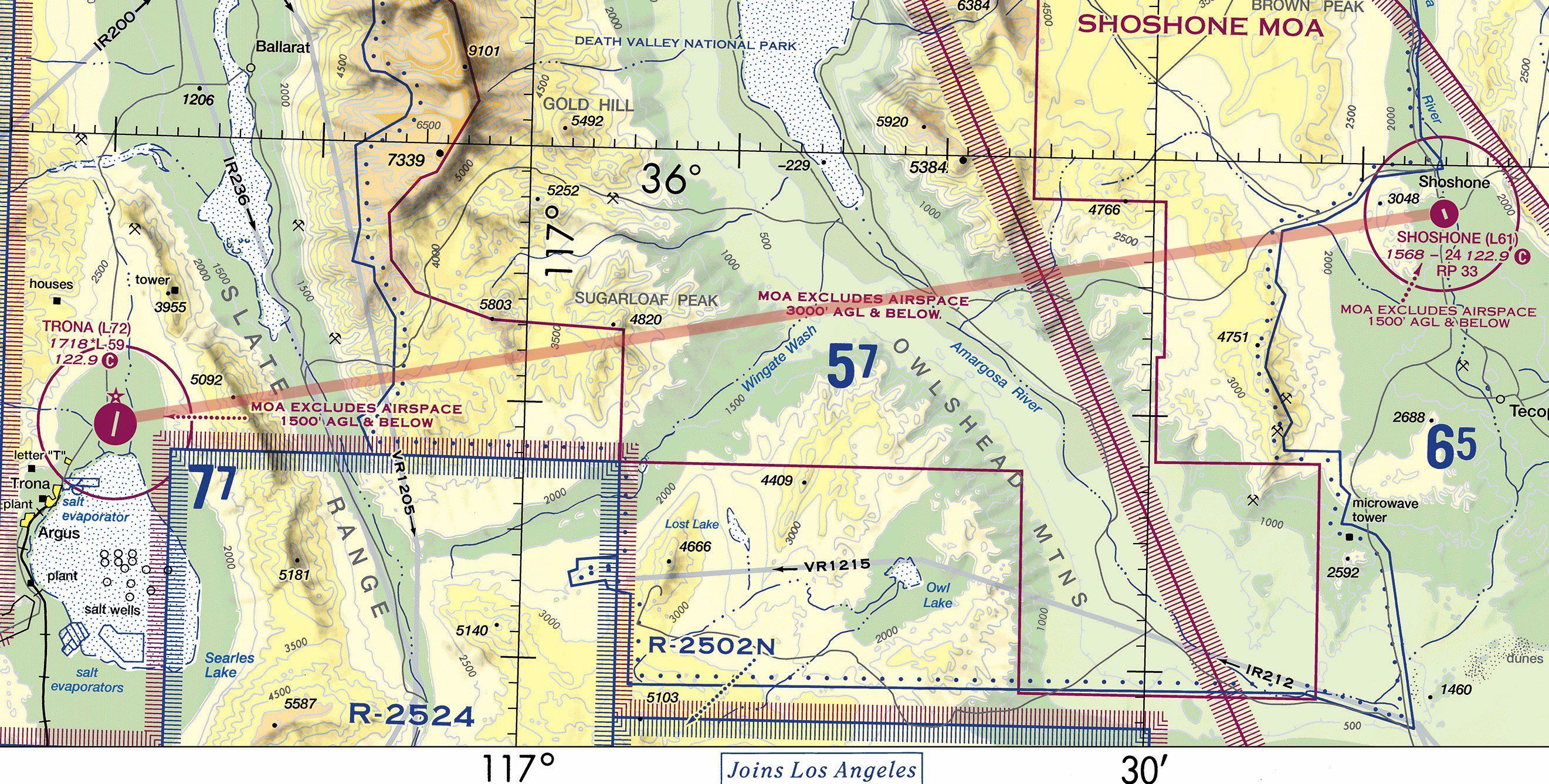 (a) Filed an IFR flight plan; and

(b) Received an appropriate ATC clearance.

Taking all this on face value, it does indeed look like we can takeoff, cruise, and land in instrument conditions without a flight plan, follow whatever route we want, and avoid the need to talk with ATC, so long as we remain in Class G airspace—true in theory; not so much in practice.

We Do It Every Day

Unless otherwise authorized by ATC, the pilot in command of each aircraft operated under IFR in controlled airspace must ensure that a continuous watch is maintained on the appropriate frequency…

Of course, on these everyday flights, we file a flight plan and have a clearance that begins in controlled airspace. At the end of the flight we might cancel our IFR flight plan once in visual, albeit not legal VFR conditions when we enter Class G on our approach, losing the authorization and protection for a missed approach. So most of us wisely don’t.

Discussions of this subject, however, do not generally involve those everyday operations. Instead, they contemplate an instrument flight from takeoff to landing in Class G with no flight plan filed, no clearance and no ATC contact. Can we do that?

Here we encounter our first problem. There are exceedingly few places in the United States where Class G extends higher than 1200 feet AGL. Higher altitude uncontrolled airspace that existed a year ago might be gone today. Even a theoretical route below 1200 feet AGL is difficult to find.

One of the bonuses of GPS technology has been the creation of instrument approaches where there have been none before. Remote and low-volume airports where service volume, line of sight requirements, and installation and maintenance costs made approaches using ground-based navaids impossible or financially unjustified, now have RNAV (GPS) approaches to multiple runways.

So, for our hypothetical flight, we will head across Death Valley from Trona (L72) to Shoshone (L61). There we find Class G up to 1200 feet AGL. We can avoid the restricted areas. The MOAs begin above the Class E floor.

As we discussed in “Not Enough Departures” (October 2018 IFR), Part 91 rules allow our personal flights to take off in zero-zero conditions, even from a Class G airport that has not been vetted for departure safety. Required adherence to takeoff minimums and obstacle departure procedures only apply to Part 121, 125, 129 and 135 operators. So long as we can find a way to avoid hitting terrain or obstacles on our way to cruising altitude, no IFR operational rule prohibits our departure. So far, so good.

We do not have the same freedom for our arrival. We’re told by 91.175 that if we need to use an instrument approach, it has to be an official approach. Note that this is not one of our “controlled airspace only” rules. We have met our first regulatory restriction since Shoshone doesn’t have a published approach. While we might arguably “roll our own” departure procedure from Trona, to descend from cruise and land at Shoshone we must have at least Class G VFR minimums of one-mile visibility and remain clear of clouds.

Speaking of cruise, what are the minimum en-route altitudes for our hypothetical trip? As we will recall, 91.119 gives us a laundry list of minimum altitudes designed to protect persons and property on the ground. This might not be a significant problem on this flight over Death Valley, but the IFR minimum altitude rule is.

Section 91.177, Minimum Altitudes for IFR Operations, is not limited to controlled airspace. The rule requires us to fly at the MEA or MOCA on a published route. When we are off airway, where we will be when in Class G, we are required to maintain a minimum altitude of 1000 feet “above the highest obstacle” within four nautical miles of our course. If the area is designated as mountainous, the number rises to 2000 feet.

That ends our ability to legally do this trip IFR. Even if we disregard the altitudes we are asked to fly over national park and wilderness areas, the 2000-foot obstacle-clearance minimum puts us at least 800 feet into the overlying Class E—controlled—airspace. If we are able to find a similar route in non-mountainous terrain, we can do a little better, although 1000 feet over obstacles, not just the ground, is often going to put us into controlled airspace.

What about the past? We looked at the same route on a 1969 chart. There are several differences, including less special use airspace, but in 1969, uncontrolled airspace along our route of flight rose to 14,500 feet MSL, making the flight, except for the approach to landing, feasible even under today’s rules.

We’ve excluded approach and landing. Even if not prohibited outright, today’s U.S. airspace configuration makes en-route uncontrolled IFR impractical without violating other regulations. Our one opening appears to be departure. May an instrument pilot, for example, depart from a Class G surface area in which Class E begins at 700 or 1200 feet above the ground with no flight plan and no clearance, so long as she reaches VFR conditions before entering Class E?

No she can’t. In a 1975 legal interpretation to Israel Golden, the FAA Chief Counsel warned that while it is “clear that flight within uncontrolled airspace under IFR is not prohibited…this does not preclude the possibility that, in a given factual situation, such operation may be deemed careless or reckless so as to endanger the life or property of another.”

And, that’s exactly what happened when the FAA applied 91.13, Careless and Reckless Operation, to that departure scenario in two similar cases ultimately decided by the NTSB (which acts as a court of appeals in FAA certificate actions).

In FAA v. Vance (1986), the pilot took off with no IFR clearance from California’s non-towered Watsonville airport with a 100-foot ceiling and one-quarter mile visibility. Controlled airspace began at 700 feet AGL. In the 1993 Murphy case, the pilot was refused an IFR clearance from Robinson, Illinois Municipal to Indianapolis due to conditions at the destination. Weather conditions were similar in both cases. So was the pilot’s decision. So was the result.

In both cases, the pilot was charged with violating VFR minimums and with careless and reckless conduct. The violation of VFR minimums was dismissed, with the NTSB acknowledging “it is legal for an instrument-rated pilot in an instrument-equipped aircraft to leave an uncontrolled field and fly in uncontrolled airspace in instrument conditions without obtaining an ATC clearance.” However, both Vance and Murphy were violated for being careless and reckless, and received a 90-day pilot certificate suspension.

The type of takeoff conducted by respondent would also create the hazard of a collision with other aircraft. The see and avoid concept would be nullified and there would be no other means of assuring separation from other aircraft.

Murphy argued his case was different from Vance. He took steps to minimize the potential danger. He broadcast his intentions on CTAF so aircraft in the vicinity would know his whereabouts. He monitored the ATC frequency for the presence of IFR aircraft. He departed shortly after another aircraft that did have a clearance, satisfying himself the airspace would otherwise be clear. It didn’t help. “Although respondent may have taken some precautions not taken by the pilot in Vance, his operation nonetheless created an unacceptable hazard.”

Like the U.S., Canada’s ATC has jurisdiction only in controlled airspace. Unlike the U.S., however, there remain large sections of Canadian uncontrolled airspace, particularly in the northern regions. IFR operations take place there with no ATC communications or clearances. Flight plans or “flight itineraries,” a plan left with a responsible person who will notify the authorities if an aircraft is overdue, are required, but the same rule applies to both IFR and VFR flights.

Aircraft operating in Canada’s Class G airspace, are advised by Transport Canada’s AIM (TC AIM) to continuously monitor 126.7 whenever practicable. IFR aircraft in particular, are advised by TC AIM 8.10 to use 126.7 to report instrument departures, en-route position, altitude changes, and commencing an instrument approach. These reports, primarily for separation purposes, are to contain “adequate information to enable other pilots to be fully aware of the position and intentions so that they can determine if there will be any conflict with their flight paths.” —MK

Some read the Murphy and Vance cases as confined to their specific facts—a low IFR departure into a busy area where they are likely to encounter other traffic. Others read the cases as an outright prohibition on “pure” uncontrolled IFR—no flight plan, no required ATC communications—in all situations. They point especially to the lack of communication. How can traffic be separated without ATC involvement? Without that, how can it be anything other than careless and reckless?

But does it have to be? Uncontrolled IFR is common in other countries, including Canada (see sidebar). Required self-reporting air-to-air communications can take the place of ATC in remote areas. One of the goals of the NextGen ADS-B mandate is to enhance separation capability, even allowing aircraft to better separate themselves in nonvisual conditions. Does it also give us the potential for safer uncontrolled IFR?

The theoretical side of me tends to agree with the first group. Uncontrolled IFR without a clearance is legal unless, as the Chief Counsel said in the Golden Letter, a “given factual situation” makes it unsafe. But the practical side of me reads the Murphy and Vance cases to give us the opposite statement: uncontrolled IFR is careless and reckless unless a “given factual situation” makes it safe.

In today’s national airspace system, it is increasingly rare to find a situation in which the dangers described in these cases do not exist or where the flight would not violate some other rule or regulation. Thus, uncontrolled IFR today, except as incidental to controlled IFR, is mainly an interesting academic exercise. Tomorrow? Who knows?

Mark Kolber has an uncontrolled tendency to examine strange regulatory hypotheticals and argue with himself about them.