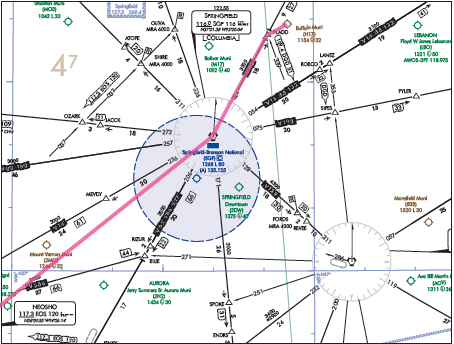 Unless you’re one of those lucky pilots who fly only from big, comfy airports with at least a part-time tower, copying and canceling IFR clearances while airborne are routine. And while it’s not as common to file IFR to a destination with no instrument procedures, there are plenty of such airports scattered around, so it does happen. You might find yourself heading to one, too. It’s not all that tricky; just know which rules apply and where.

Here’s how it might come about. You’ve agreed to fly a friend from home base at KADM (Ardmore, Oklahoma) to Buffalo, Missouri to check out a vintage airplane for sale. It’s a perfect excuse to fire up the GPS-equipped fourseater and go somewhere new. You notice right off that the destination, H17, has no tower and (gulp!) no approaches. Guess they still have those, despite the growing numbers of cost-efficient RNAV procedures. Spoiled by IFR (“I File Regardless”) even on short, blue-sky hops, you prefer landing somewhere with LPVs. “Let’s land at Springfield, Missouri,” you suggest. “It’s right on the way and we can drive from there.” Your friend responds, “That’s no fun. Besides, there are fees, rental car costs, extra time…” You relent. “Okay, Buffalo Municipal it is. But let’s wait ‘til weather improves enough to do this VFR stuff. Agreed?” After confirming H17 has a paved runway of adequate length (4/22, 3220 x 50) and lights (LIRL), you spend a rainy afternoon brushing up on how to get there with as much IFR as possible. It’s really a matter of satisfying a couple of requirements. Digging up §91.169, , you see that item (a)(2) says an IFR flight plan must have an alternate, unless both (b)(1)and(2) apply: An IAP to the destination airport, and weather at least as good as the 1-2- 3 rule (ceiling 2000 feet, visibility 3 SM at ETA, plus or minus one hour). Buffalo doesn’t meet (b)(1), so regardless of the weather, an alternate’s required. Since you like Springfield, that’d be more than adequate. You plan the route starting with the Ardmore VORTAC and decide on ADM – V161 – OKM – SGF – PLADD – H17. You could decide at PLADD, just 3.6NM away, if the weather is good enough to cancel IFR and go on in. If not, you at least have a fix to use for holding, in case of weather, traffic, a new clearance, lost comms, etc. Or, if the weather gets marginal before departure, you could amend the plan and fly to a nearby airport, like Bolivar, Missouri, (M17) just to the west. You could start an approach from the SGF navaid, which is the initial fix for the RNAV 36. Then, assuming you can switch to VFR on descent, cancel and hop over to Buffalo. If not, land at M17 and wait until the conditions improve.

Going VFR means flying under §91.155, so time for more brushup. Items (c) and (d) specify ceilings of at least 1000 feet and visibility at least 3SM to operate VFR in controlled airspace. In this case, it’s Class E; its floor is 1200 feet AGL unless in the vicinity of an airport with instrument procedures, where it’s 700 feet AGL.) Below E is Class G, which is uncontrolled (no ATC) and requires 1 SM/clear of clouds for VFR. The VFR sectional gives a better picture of where most Class E floors vary between 700 and 1200 feet. Victor 63 from Springfield has an MEA of 3000 feet, about 1800 feet above ground. At PLADD, using H17’s elevation of about 1200 feet, you’d need a ceiling of 2200 feet MSL (1200 + 1000) to get basic VFR ceilings. Staying IFR all the way to 2200 feet might work, but for the other items in §91.155. Flying VFR in Class E airspace requires operating 500 feet below the clouds. So add that in, and you’ll want ceilings of at least 1800 AGL – right around the MEA. Get 500 feet under that and you’re in comfortable VFR. It’d also be handy to know the MVA (Minimum Vectoring Altitude) to know how low ATC can vector you while providing 1000 feet of terrain/ obstacle clearance. These are published with the FAA’s digital products, but to make them more user-friendly, many EFBs have added MVA overlay features to moving maps (not to be used for navigation, of course). You can ask ATC for confirmation of the local MVA while you’re on the frequency. In most of the airspace around Springfield, it’s 3000 feet, which syncs up with the plan. (Everybody calls that the MVA, but you’re aware that in center airspace, it’s actually called minimum IFR altitude.) The other downside to a VFR airport, you note, is it usually lacks AWOS or other weather reporting. That’s the case with Buffalo, so using nearby airports (like Lebanon, 20 miles away) with the big-picture GFA (Graphical Forecast for Aviation) is all you have. The Springfield TAF shows ceilings just above the MEA on the route, while the GFA vaguely suggests, that the weather might improve around your departure time. When Lebanon and Springfield reach 3000 feet you’ll be comfortable departing Ardmore, with a Plan B of assessing conditions over SGF and landing at Springfield if need be.

Upon crossing the Springfield VOR at 5000 feet, you check in with ATC for a weather update at KSGF. It’s ceilings at 3200 feet, visibility 5 NM—good enough. You get a clearance for 3000 feet and continue to PLADD. A few minutes south of the fix, you’re just below the clouds, and get a clearance to leave the airway on a heading of 220 degrees towards H17 and descend to 2500 feet. Now with a clear shot to H17, you cancel IFR, enter the pattern for Runway 4 and land at Buffalo. Not too bad. After a couple of hours inspecting the prospective aircraft, your friend is definitely interested. Naturally, he wants to get a demo flight, but for now it’s time to head home. You’ve filed the same route back and did the homework for departing a VFR airport. While the weather’s now lower south of Springfield, you have two options for departing Buffalo. Depart VFR, aiming for an initial altitude of 3000 feet and pick up the clearance as soon as you can reach ATC. Or, obtain it on the ground with a cell call to FSS. Even better, call Kansas City Approach … if you’d thought of finding the landline number provided in the airport data. With ceilings sinking towards 3000 feet, getting the clearance on the ground’s the safer option. This way, you’ll get an initial heading and altitude to fly “upon entering controlled airspace,” i.e. Class E. Naturally, H17 won’t have obstacle departure procedures, so as long as you’re willing and able to avoid towers and hills on your own ‘til ATC has radar contact, have at it. You’re cleared as filed, with a void time in 10 minutes, more than enough to finish the pre takeoff checks and get rolling. Now, there wouldn’t be anyone on an IFR approach here, but say there’s traffic flying down V63 or somewhere in the vicinity. Hence the void time, which provides a window, 5-10 minutes or more, to be on your way before that traffic. Two caveats the IFR crowd often forgets: The void time triggers a 30-minute window keeping the airspace protected until you and ATC sync up in the air. Even more critical, void means void; you must be off by then lest you bust a reg or worse, have a traffic issue. AIM 5-2-7 provides the guidance: 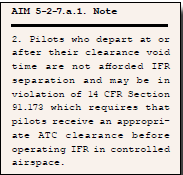 There’s more. On the ground, you’ll likely get the clearance with hold-forrelease time to go after the traffic’s clear. In this case, if you elect to jump the gun and take off VFR, be sure to squawk 1200. Oh, and have the appropriate VFR cloud clearance and visibility along with terrain/obstacle avoidance provided by you, since there’s a chance you’ll have to get a new clearance in the air. While waiting for that, the AIM is clear on this point (pun intended): 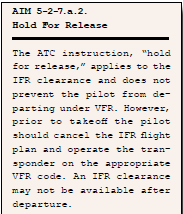 You were sure pleased you read the fine print before flying to Buffalo. With your renewed IFR-to-VFR skills, the next trip there will be a piece of cake. Don’t forget your friend owes you a ride in his new VFR airplane. 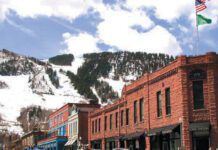