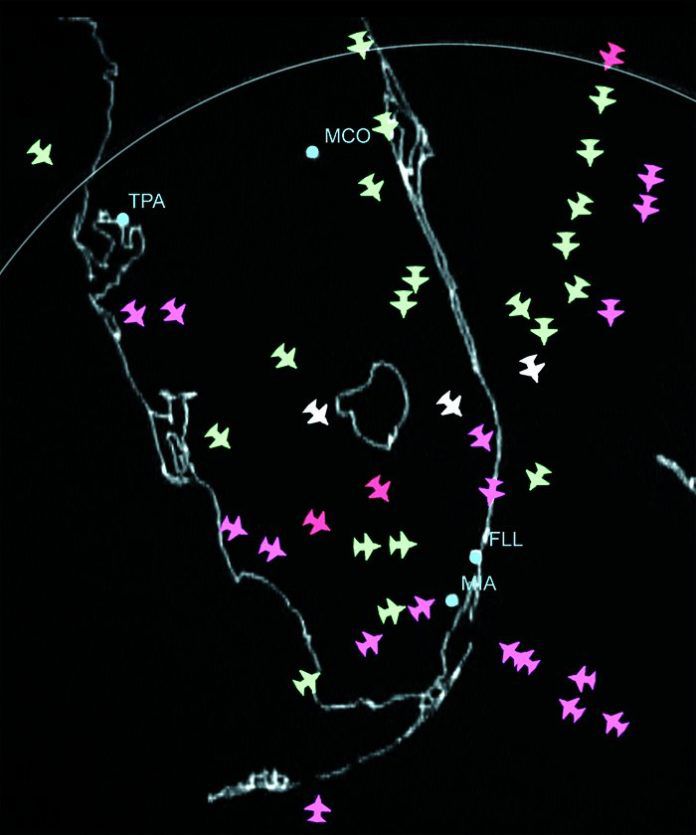 With time travel still being science fiction and all, there aren’t many options for predicting the future. That hasn’t stopped the government from doing their best to create software tools to do just that.

When an aircraft departs an airport, a virtual clock on its flight plan starts running. Without getting into too much extraneous detail, the National Airspace System (NAS) computers can calculate and estimate what time it will arrive over each fix on its flight plan. This, combined with a track of the aircraft’s current position, enable facilities to predict their busy periods with a high degree of accuracy. There are a multitude of programs that convert that raw data and present it in a user-friendly fashion.

Developed by NASA, the Traffic Management Advisor (TMA) is a useful planning tool for Centers and Approach controls that determines how many aircraft will arrive over a certain arrival fix, or gate, at a certain time, and how many will be sent to each active runway.

In the example below, the left four columns represent arrivals at four gates over the next 25 minutes or so. Columns five and six depict how the traffic in columns one through four will eventually be divided between the two active runways, 9L/27R and 9R/27L.

While the TMA portrays its information in a somewhat abstract fashion, other tools are far more literal in their depiction. The image to the right shows the geographical location of all aircraft within Miami Center’s airspace that are inbound to airports served by Miami Approach. Each airplane is color-coded to its destination airport: Purple are MIA, green are FLL, and red and white represent satellite airports. —T.K.