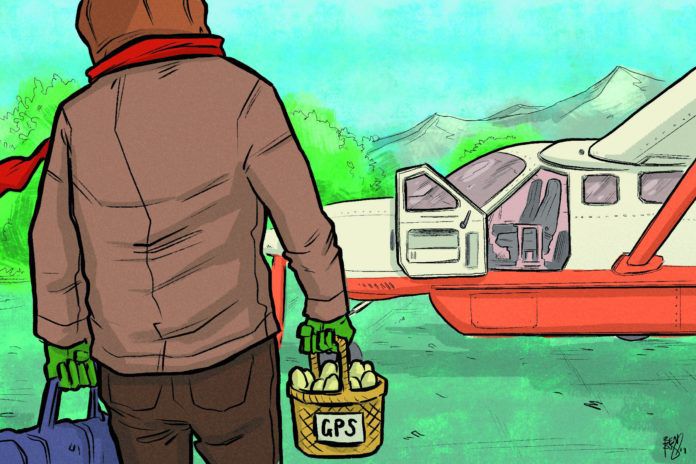 Discussions about the veracity of GPS as a sole-source navigation mechanism for the future have intensified. I’ve written about this before and my views haven’t changed, but let me express them a bit more stridently.

Until and unless various official agencies, led by the military, find some alternative to widespread GPS interference, GPS as the primary means of general-aviation navigation is a singularly bad idea. No, I’m not one who laments the loss of VHF-nav skills. My objection lies solely with GPS practicality.

There must be some holdouts who simply don’t use GPS—not in the panel, not in their lap, not on their phone, not on their watch—but I haven’t met or even heard of one. We already rely almost 100 percent on GPS navigation en route, and most of us use it heavily, even preferentially, on approach. (Watch for an article about that next month.)

And, that’s exactly what the FAA wants. Their vision for the national airspace system (NAS), as you know, is GPS-centric. Soon, they’ll begin a gradual process of decommissioning all but a small core of VORs and VHF-based instrument approaches to reach the Minimum Operating Network (MON). So, if you don’t have legal GPS nav before much longer you’ll begin to find navigation in IMC increasingly difficult due to the decreasing number of navaids.

Various government agencies think it’s necessary to potentially render GPS useless throughout hundreds of square miles of the NAS nearly every single day. We who live in the West have experienced this for years. From my home in Santa Fe, NM, I get at least one, sometimes a few, notices of nearby GPS outages every week. But, more recently, those of you in the East have begun to feel more of the same pain.

Now, to be fair, in spite of these frequent planned outages, I’ve only actually had my navigation affected a few times. Since I always have a VOR tuned in, it’s generally a simple matter to switch to VOR-based navigation, so long as ATC agrees. But, I only fly around 120 hours a year. Multiply my experiences by a few tens of thousands and the problem could be much larger than any of us think.

Today, with a full complement of VORs, GPS outages are merely an inconvenience. But, once there’s no wide-spread availability of VHF nav as planned with the Minimum Operating Network, navigating by VOR will often require going well out of your way. In other words, we’re putting all our eggs in the GPS basket without any plan to first repair that basket so the eggs remain safe.

I’d love to hear the FAA futurists weigh in on this problem, but so far they’ve been silent as they rush headlong into the GPS future. Ignoring this problem or pretending it’s not there is not the solution. Surely, if the FAA wants us to follow them into that GPS future, they owe us some substantive discussions of how they’re going to curtail the frequent planned outages, don’t they?