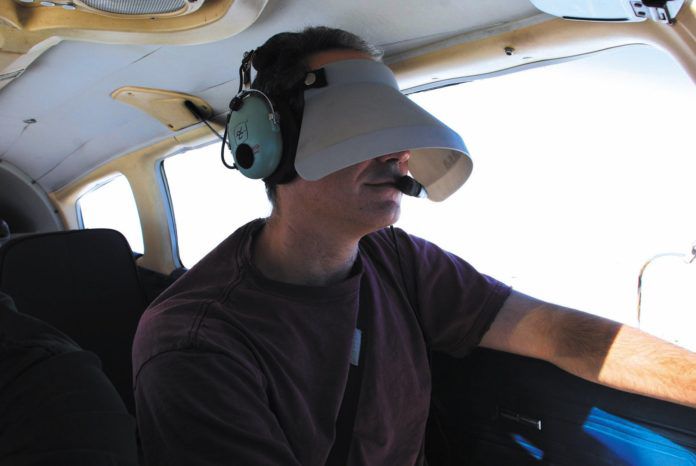 This whole BasicMed and safety pilot issue has been going around a lot lately. We’ve written about it a few times. Most recently was just in our March 2019 issue “Logging vs. Being PIC” by Mark Kolber. However, just about every time this comes up in print, we get some reader e-mail asking further about it. So, here’s all you could possibly want to know.

When we got BasicMed, something we’d done for a long time was taken away. BasicMed applies to acting as pilot in command. But, with BasicMed you’re not legal to act as a safety pilot for your buddy who’s under the hood practicing approaches in VMC. So, you exercise the workaround of agreeing ahead of time that you, the safety pilot, are indeed the PIC for this flight (more on that in a moment), then you’re once again good to go even with BasicMed … if, that is, the aircraft insurance agrees. Let’s look more carefully at all this.

Roaming Through the Regs

Most pilots consider BasicMed a win. Sure, there are some hoops to jump through that a pilot in good health might find too much, and there are some limitations that make BasicMed a nonstarter for some of us—like the author—but for Joe Pilot in general aviation, BasicMed can work nicely.

One gotcha in 61.113(i) as initially passed is that BasicMed only qualifies a pilot to act as PIC. That impacts a BasicMed pilot’s ability to act as a safety pilot when the other pilot, the PIC, is practicing instrument flight under a hood in VMC. Let’s follow the path through the regs to see this.

First, 91.109 (c) says you’ve got to have a safety pilot if you’re in simulated instrument flight. However, in that reg the safety pilot need only have a private with appropriate category and class ratings. So, finding no medical requirement there, let’s move on.

We hit pay dirt in 61.23 “Medical Certificates: Requirement and Duration.” This is the catch all that essentially says that to be a U.S. pilot, you’ve got to have a medical certificate. Down in paragraph (a)(3)(ii) it says that a required flightcrew member can get away with a Third Class Medical. It goes on to reference the exception in 61.113(i)—BasicMed, but that term isn’t used—but that starts by saying that it only applies to being pilot in command.

Okay, we found it. A safety pilot, a required flightcrew member, must have at least a Third Class Medical. BasicMed doesn’t qualify.

(i) A private pilot may act as pilot in command of an aircraft without holding a medical certificate issued under part 67 of this chapter provided the pilot holds a valid U.S. driver’s license, meets the requirements of 61.23(c)(3) [BasicMed requirements], and complies with this section and all of the [BasicMed restrictions.]

After all, the regs do clearly state that you have to be qualified in the aircraft, so it’s simply a legal anomaly that BasicMed pilots can fly the airplane legally, but can’t be the safety pilot for another pilot who’s flying the airplane under the hood. (The FAA has assured us that they’ll fix this, but at the rate the FAA moves, this could be a problem for years yet to come.)

So, for now, if a BasicMed pilot can only be PIC, let’s designate that pilot as the PIC. Okay, but what about the other pilot, the one who wants to practice some approaches. Oh, that pilot can log PIC, but not be PIC.

Here’s how this works. Let’s start by making the safety pilot the PIC. To do so, we have to go to the definition of pilot in command found 1.1 (to the right).

So, before the flight the two pilots get together and agree that the safety pilot is, for the purposes of this flight, the PIC. Now, that safety pilot holding only BasicMed is legal for the flight. The pilot who simply wants to get some hood time, however, can also log PIC time according to 61.51(e)(1)(i) as the sole manipulator of the controls. When it’s all over, you both get to log PIC time for that flight—the person under the hood as the one flying, and the safety pilot because you agreed that s/he is the responsible pilot, but only for the time the other pilot is under the hood.

Pretty cool, eh? You both got to log PIC, you both have only BasicMed, and the FAA is happy. Unfortunately, your insurance company might not be.

At hangar-flying sessions all over, it’s often said that if the FAA can’t find a way to shut us down, the insurance companies surely will. While that view is rather draconian, it’s not without some element of truth.

At the beginning of this article, we referenced a brief version of this discussion that appeared in our March issue. In that sidebar, we posited a scenario where your buddy with his Cirrus wants to practice some approaches. He’s asked you to be his safety pilot. You’re current in your C172 and even have high-performance and complex endorsements, so clearly you’re qualified in the FAA’s eyes. You simply make the agreement that you’re the PIC and go fly.

Except, has your buddy checked his insurance policy? Since you’re now officially and legally acting as PIC of your buddy’s Cirrus, you might want to be insured as its PIC. Most insurance policies have two ways to insure a particular pilot. First, you can be named on the policy. Second, there’s what’s called an open pilot clause listing minimum requirements that a pilot must have before they’re insured to fly the airplane without being a named pilot.

In many cases, the requirements of a named pilot are less stringent than those for the open pilot clause. For example, your buddy bought the Cirrus when he had 300 total hours and an instrument rating. His insurance company merely told him to go get 25 hours of dual in the Cirrus and he’d be good to go.

Pilot in command means the person who:

(1) Has final authority and responsibility for the operation and safety of the flight;

(2) Has been designated as pilot in command before or during the flight; and

(3) Holds the appropriate category, class, and type rating, if appropriate, for the conduct of the flight.

So, you’ve gotten this far, worked your way through the morass of the regs to find a legal way to make this all work, only to find that what you can legally do to keep the FAA happy won’t keep your insurance company happy. What’s your next step?

Your options are limited, and they are neither simple nor quick. First, you can go get a Third Class Medical and skip the BasicMed route. This way, you don’t have to be PIC of your buddy’s Cirrus to be his safety pilot. You’re back to the way things used to be. But that’s not an option because you’d really prefer to use BasicMed, not the FAA physical.

Your buddy could get you to be a named pilot. This will likely require you to get some time in the Cirrus. In one path we’ve heard explored, your buddy could ask that you be named as an insured pilot, but only for the purpose of acting as his safety pilot when he’s flying under the hood. We’re not aware if this has worked, but it might be worth checking. Failing that, you’ll just have to meet the minimum requirements for a named pilot and submit your pilot data at each insurance renewal.

One last option comes up that we can’t really recommend; it comes under the category of “What they don’t know won’t hurt them.” Go ahead and fly legally—you with BasicMed are the agreed PIC and your buddy is under the hood. But, wink-wink-nod-nod, you agree between you that if anything at all goes wrong, even the smallest thing, that agreement never happened and your buddy is PIC of his own airplane and you were just an innocent passenger. (And the hood gets quickly thrown in the back seat.)

On these pages we frequently discuss edge cases with an eye on what’s legal, what’s not, and what might be a practical middle ground. This last scenario really does go over the edge as potential insurance fraud, so if you’re inclined to follow this path, consider both the fiscal and criminal risk carefully. Our recommendation is that you explore something more palatable to the insurance company.

There you have it—the good, the bad, and the ugly of safety pilots and BasicMed.

Frank Bowlin’s bad news is that his airplane and his typical flight don’t qualify for BasicMed. The good news is that with his FAA Medical, he can be somebody’s safety pilot with none of these shenanigans.