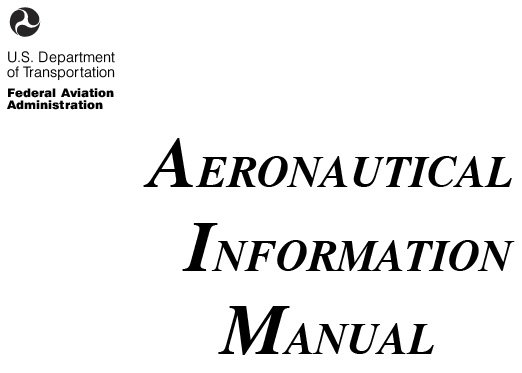 It is nearly impossible to mention the AIM in a discussion of proper procedures without hearing “the AIM is not regulatory!” as a retort. Often, implicit in the response is, “so we don’t really have to follow it.” But is that true? What is the difference between “regulatory” and “non-regulatory”? Does “non-regulatory” mean we are immune if we don’t follow the recommendation?

The Parts, Subparts and Sections of Title 14 of the Code of Federal Regulations, what we commonly call the “Federal Aviation Regulations” or FARs, are the only truly “regulatory” documents we have. These are the formal regulations adopted by the FAA. They are authorized by an Act of Congress. Sometimes the authorization is general. When created by the Federal Aviation Act of 1958, the FAA was given broad authority to issue regulations to carry out its functions. Sometimes it is specific like the Congressional mandates to increase ATP requirements following the 2009 Colgan crash or to create BasicMed.

Even taken alone, these regulations have wide coverage. We tend to focus on those most relevant to the certificate or rating we either hold or are seeking, but there are many more. For a common example, many pilots do not realize that the creation and modification of airspace, air traffic routes, and instrument approach procedures are the subject of individual and specific regulation in Part 97.

Whatever the origin of a regulation, its creation is subject to the requirements of the Administrative Procedure Act. “How an Idea Becomes a Regulation” is beyond the scope of this article, but in general, the FAA publishes notice of a proposed rule in the daily Federal Register. There is a period for public comments, at the end of which the FAA issues a “Final Rule” containing the new or changed regulations along with explanatory material.

We will focus on the AIM and Advisory Circulars (AC), but first a brief mention of FAA Orders. The name sounds intimidating, but they are the FAA’s way of telling its own personnel how to do their jobs. They cover many areas from FAA Writing Standards (Order 1000.36) to the Airport Compliance Manual (Order 5190.6) which provides guidance in administering the grant assurance and other airport programs. They don’t tell us what we should do, but they can provide plenty of useful information.

A few FAA orders are useful for pilots. Order 8900.1, the Flight Standards Information Management System (FSIMS), is the FAA Inspector manual, explaining how the FAA tests airmen, conducts investigations, and pursues enforcement of pilot deviations. It describes the various programs for deferring or avoiding formal enforcement such as the Aviation Safety Action Program (ASAP), the NASA Aviation Safety Reporting System, and the FAA’s current Compliance Program.

We frequently refer to Order 7110.65, ATC’s procedural manual. While it tells controllers what to do, it also tells pilots what to expect from ATC in various situations. And for those interested in the way instrument approaches are designed, there is the United States Standard for Terminal Instrument Procedures (TERPS), currently Order 8260.3.

Although there are others, the two primary groups of non-regulatory “do it like this” guidance are the Aeronautical Information Manual (AIM, formerly Airmen’s Information Manual) and advisory circulars, ACs. Both typically announce their status. The AIM says it “is designed to provide the aviation community with basic flight information and ATC procedures for use in the National Airspace System…” The AC’s, according to the AIM “are not binding on the public” unless incorporated into a regulation. This is echoed in the ACs themselves. AC 61-65, containing sample flight instructor endorsements “provides guidance for pilot and instructor applicants, pilots, flight instructors, ground instructors, and examiners…” Others use more formal language such as “This AC sets forth an acceptable means, but not the only means…” of compliance with various regulatory requirements.

These are all “non-regulatory” documents. Broadly speaking, that means only two things. First, their content is not subject to the notice and other requirements of the Administrative Procedure Act. Second, they do not provide a direct basis for an enforcement action.

Think of the AIM as a collection of information, best practices, and explanations of regulatory materials. Sometimes the distinction between regulatory and non-regulatory isn’t clear because a recommendation can be based on a regulation. The AIM is clear that the turns for a barbed procedure turn are only recommendations; the regulatory requirement is to remain in protected airspace.

Other times it is less clear. The AIM uses “recommended” repeatedly in its discussion of traffic patterns in Section 4-3-3, but left turns in the pattern (unless otherwise indicated) is directly from 91.126 and 91.127. So saying the AIM is “non-regulatory” is only the beginning, not the end, of the discussion.

And sometimes, the guidance is the rule. Earlier we mentioned how guidance documents are not regulatory unless they are incorporated into a regulation. The rules for GPS use are a great example. One searching the regulations will be hard-pressed to find regulations describing the proper use of GPS equipment. Instead, 91.205(d)(2) just tells us we must have “navigation equipment suitable for the route to be flown.” And the definitions in 1.1 explains a “suitable RNAV system” very generally, telling us to look at guidance material for the specifics. That guidance material includes the AIM, ACs such as AC 90-100A, U.S Terminal and En Route Area Navigation (RNAV) Operations, and the various Orders regarding equipment certification, none which fit nicely into the “regulatory” category. Most would say this is a good thing because it allows the FAA to keep up with technological advances without the slow notice-and-comment requirements for regulations.

Can We “Violate” the AIM?

Will a Notice of Proposed Certificate Action (the initial document charging a violation) ever say “it appears that you violated the following sections of the Aeronautical Information Manual…”? No, it will not. It will say you violated specific sections of the regulations. But the circumstances giving rise to a violation are often measured by the information contained and the practices recommended in the AIM or an AC.

As one Administrative Law Judge quipped, “I sometimes call it the Utopia book. If everybody did what the AIM says they should do, all of us would be out of jobs. None of us would ever be in any trouble. Because everybody would do everything they were supposed to do….” FAA v. Scheltema (1990).

Go back to the GPS example. It’s not an emergency. You used your iPad to fly an instrument approach and caused a problem. You violated 91.123 by not following your clearance and 91.205(d) by not having “navigation equipment suitable for the route to be flown.” But the AIM and other “non-regulatory” documents prohibiting the use of non-certified GPS equipment for primary IFR navigation will be part of the proof, at least with respect to the 91.205 analysis. I would expect it to also be relevant to the sanction imposed for the violation.

The pilot in FAA v. Richards (1992), was given an IFR clearance from a nontowered airport and instructed to “hold for release.” The pilot didn’t wait and departed VFR, but did not cancel his IFR flight plan. Charged with violating the predecessor to 91.123, the pilot argued that “hold for release” meant he did not have a clearance at all; therefore he did not violate the regulation. The NTSB resolved the issue—against the pilot—by pointing to the language in AIM 5-2-7:

The Administrative Law Judge (ALJ) in FAA v. McCune (1996) used the AIM to uphold a pilot’s violation of a “taxi to” ground clearance. While there were later changes to both the AIM and the ATC handbook to help reduce runway incursions, the basic authorization to cross all runways except the assigned runway, was the same. McCune received and read back the clearance to “taxi to” Runway 16 Left at Reno-Canon International (now Reno/Tahoe, KRNO). The pilot read back the clearance and later claimed the lack of a specific “hold short” instruction excused her taxiing across Runway 16 Left, to no avail. The meaning of “taxi to,” the effect of a readback as a statement that the pilot received and will comply with the instruction, and the lack of a requirement for a specific hold-short instruction, appear nowhere in the regulations. But, to use the Administrative Law Judge’s words, they were “straight out of the Airman’s Information Manual.”

The 2014 enforcement action FAA v. Leyner, also relied heavily on the AIM. The Aerostar pilot landed at the Bozeman, MT Class D primary airport without Tower communications of any type. There are a number of interesting side issues including the pilot’s use of new, untested, hearing aids and inconsistent explanations for his actions. Deciding the pilot violated the two-way communication requirement of 91.129(c), we once again see reliance on the AIM. The case refers to the AIM discussion of NORDO operations, pointing out that the pilot failed to do “any of the recommended activities as stated in the Airman’s Information Manual to advise the tower that he was having some kind of problem and couldn’t receive radio communications.”

It can work the other way. One example is FAA v. Cannavo (2004). An FAA inspector saw a Delfin L29, a Czech military trainer flown in the U.S. in the experimental category, trailing smoke upon landing. The inspector initiated a certificate action against the pilot for operating an unairworthy aircraft. The nose tire had cracks which the inspector characterized as dry rot. Duct tape had been used to secure a canvas covering on the nose strut. Although the cracks and the duct tape existed, the pilot won, largely due to FAA non-regulatory guidance in AC 43.13-1B which discusses acceptable maintenance and repair methods. The circular contains specific guidance on the evaluation of cracks in tires, but the inspector took no steps to use them. Instead, he apparently made up his own. The NTSB rejected the inspector’s opinion. “While the circular may be ‘advisory,’ it purports to inform the industry of practices that are acceptable to the Administrator. Pilots and mechanics should not be subject to enforcement action because their paths cross with an inspector who does not find the Administrator’s published advice to be controlling.”

If there is a takeaway it is this: Yes, the AIM is “non-regulatory.” But it is a mistake to dismiss the recommendations and standard practices contained in the AIM, an AC, a Flight Standards InFO or other guidance. FAA guidance tells us what the FAA expects, often sets a standard of conduct that we may be held to if we are charged with a violation, and in some cases, can even be used defensively.

Mark Kolber is an active CFI and an aviation lawyer. Following his own advice, he’s never had to defend himself against the FAA. His legal practice, however, serves those who aren’t so lucky. 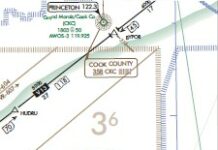 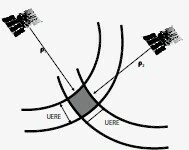 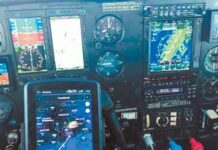 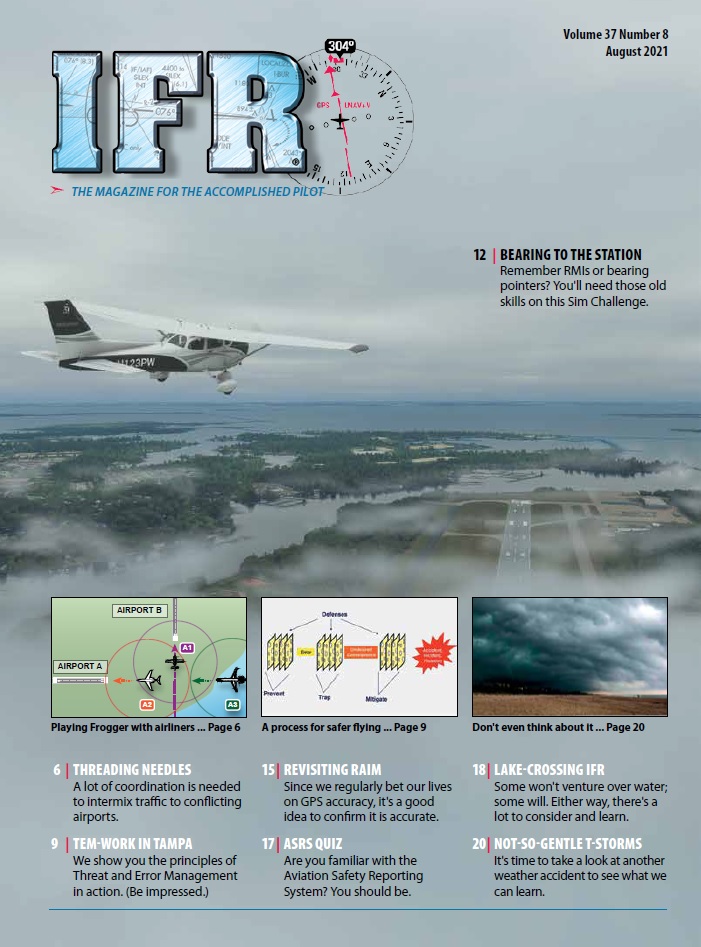