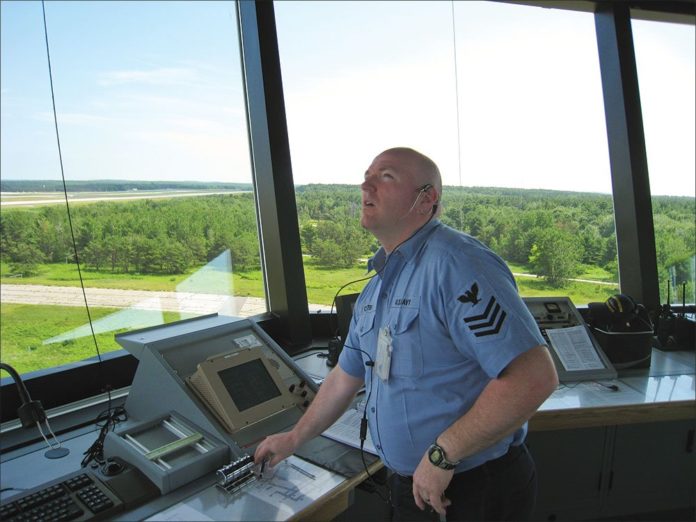 Pilots and ATC may not always get along, but they all agree that “special” pilots can ruin everyone’s day. Don’t be that loose gear in the big machine, especially in the pattern.

I’ve got a Cessna 172 rolling out on the runway, an American Eagle Embraer 145 on two-mile final, a Beechcraft Bonanza in the downwind with a pair of V-22 Osprey tiltrotors inbound to follow, a Lifeflight medical helicopter departing a hospital next door, and a pair of Navy T-45 Goshawk jet trainers calling me, ready at the hold short line.

All it takes is one inexperienced or incompetent pilot who doesn’t have the basics down, and things can get chaotic quickly. I’ve seen my share of “those guys” over the years, and they all tend to make the same mistakes.

Lost in Translation
One common thread linking troublesome pilots is a lack of basic communication skills. Want to raise a red flag in the control tower? Fail to read back mandatory items or even include your own call sign in a transmission.
The latter should be obvious. We are communicating via radio. We can’t see each other’s faces. Therefore, we need a call sign included in every transmission to verify which aircraft of many is actually responding.

The former—reading back things like hold-short instructions—is simply non-negotiable. Controllers are required by both the AIM and their own rulebook (FAA Order 7110.65) to get that read-back. It’s AIM 4-3-18 (a) (9): “When taxi instructions are received from the controller, pilots should always read back: (a) The runway assignment, (b) Any clearance to enter a specific runway, c) Any instruction to hold short of a specific runway or line up and wait. Controllers are required to request a read back of runway hold-short assignment when it is not received from the pilot/vehicle.”

I can’t recall how many times a pilot has copped a snide attitude when I’ve been forced to repeatedly ask him for a mandatory readback or to verify his call sign. I don’t care if you’ve earned your place at the controls of an A-10 Warthog, a Citation X, or a Cessna 162. You have to read it back. Asking you is just doing my job.

Runways are the most dangerous pieces of concrete on the airport. ATC is trained to protect it and the aircraft using it. If we don’t get a proper response from an aircraft, then we’re not providing adequate safety. We are also putting our own careers at risk. After all, everything is recorded.

What if I tell an aircraft, “Cessna Three Four Charlie, hold short Runway 33 at Golf,” and all he reads back is “Roger”? I’m feeling lazy, so I let it slide. But then he taxies onto the runway itself and gets struck by a departing airliner—causing enormous loss of life and property. He’ll be dead, which is tragic, but I’ll also be sitting there under questioning, listening to the silent space on the playback where I should have been confirming his hold-short instructions.
Of course, getting a proper readback doesn’t guarantee comprehension of the instruction, or assure proper execution. I’ve witnessed several life-threatening runway incursions where I know the instructions were said and read back. The phenomenon isn’t limited to inexperienced pilots in GA aircraft … it can happen to anyone.

The most recent one was a U.S. Army UH-60 Black Hawk helicopter who sauntered onto a runway in front of a LearJet on short final. We sent the Lear around just in time to prevent a sequel to Black Hawk Down. When we pulled the tapes, the UH-60 had indeed read back, “Hold short Runway 06 at Charlie Three.” I was clean, but he wound up with a pilot deviation. Unfamiliar with intersection departure procedures, he had assumed I’d meant for him to taxi on to the runway itself at Charlie 3.

Curb Your Creativity
Want to try a controller’s sanity? Be the pilot who interprets ATC instructions in your own imaginative fashion. If you receive a clearance and don’t understand it, please—before you do anything else—verify its meaning.
I was flying before I was hired as an ATC, and I certainly got my head spun many times by fast-talking controllers. Always request clarification. As per AIM 4-3-18(b)(1): “Good operating practice dictates that pilots acknowledge all runway crossing, hold short, or takeoff clearances unless there is some misunderstanding, at which time the pilot should query the controller until the clearance is understood.”

Not doing so can cause more than confusion. It can get people killed.
The most harrowing near-miss I’ve ever seen involved a Cherokee departing Runway 33. Told to “Fly heading 020″—a right turn—he instead initiated a left turn directly into a Cessna 172 doing 360s on the downwind. I witnessed this not from the Tower itself but from directly underneath, in my car at a red light on my way into work. It was the most helpless feeling in the world watching those two converge head-on. Moments from becoming a fiery wreckage tumbling onto our local Walmart, the Cessna took quick, evasive action and saved everyone’s lives.

Later, the Cherokee pilot called the Tower as instructed. He’d somehow, somewhere, gotten the idea in his head that all aircraft had to make a left turn on departure, even if it meant taking the long way around to their course heading. He admitted, “It seemed strange to me,” but he never thought to question it.

All he had needed to ask was, “Verify that’s a left turn?”

Who’s Driving Here?
Then there are the “left-seat controllers.” These are pilots who try to control our traffic pattern for us.

There’s nothing wrong with a suggestion if you think it can help ATC out. I’m certainly grateful for the times a conscientious pilot’s volunteered a fix for a sticky situation. There is, however, a huge difference between a pilot in the downwind asking, “Tower, if you want, I can do a 360 here so you can let that jet takeoff,” and one who declares, “I’m making a 360 here, Tower. Go ahead and kick that jet out,” as he rolls into the turn.

Whether the second guy’s intentions are noble is irrelevant. Suddenly executing a maneuver in the pattern without controller approval screws with ATC’s traffic sequence and distracts the controller from other duties. Second, there’s likely more at work behind the scenes than the pilot realizes. Third, it can be downright dangerous.

Say this too-eager pilot is on downwind and spots an aircraft on final. He might assume it’s landing. But it could be a touch-and-go, a practice approach or a circle-to-land on another runway entirely.

We controllers know, thanks to direct communication with all of the pilots, wraparound windows, three radar displays, and flight plan data on every squawk-assigned aircraft for a hundred miles. We not only track each airplane’s current actions, but maintain awareness of the pilot’s future intentions through internal coordination and procedures.
This inherent traffic insight makes it all the more frustrating when a pilot makes some crazy demand, and then acts like a petulant child when he doesn’t get his unrealistic way.

What if the positions were reversed? Imagine controllers with zero stick-and-rudder skills and no eyes in the cockpit trying to tell pilots how to fly their airplanes. I’m picturing a sky full of very resentful, territorial aviators. That’s how we feel when a pilot tries to yank the reigns out of our hands.
Please suggest away, but don’t take action without approval. Also, be cognizant that the request can be denied for reasons that ATC may or may not have time to make clear to you.

Bait and Switch
Want to be Tower’s least favorite person? Be number one in sequence for departure and request a change to your route or clearance. It’s like ordering a cheeseburger at a McDonald’s drive-through, then changing your mind to a chicken sandwich when you get to the pay window. Bonus points for doing it with a line of aircraft behind you.

Don’t wait to drop this bomb until we’re about to clear you for takeoff. Give ATC time to take all the proper steps: Enter your clearance in the computer, re-clear you on it, and call Departure to ensure they have your updated routing.

We’ve actually had to crack down on repeat offenders. There was a certain regional airline whose crews liked to request a reroute as they were approaching the hold-short line. After repeated daily incidents, our management finally gave their chief pilot a sternly worded call and advised him of what his pilots were doing. The nonsense quickly stopped.

Aviation’s 99 Percent
If my entire day consisted of inconsiderate pilots with terrible communication skills who played “guess what I’m going to do now” every time they entered the downwind, I’d quit. Or at least have a drinking problem. But the truth is these pilots are the exception.

To all of the pilots out there who do things the right way: Keep it up. Whether you’re in a light GA single or in the front office of an airliner, your professional attitudes are very appreciated. It keeps my average Saturdays manageable, and your fellow aviators safe.

See These Things? Don’t do Them
As you read the following list, you may think to yourself: “These must be low-time pilots …” Nope. At the controls during each of these situations were high-time aviators who knew their plane—and apparently thought they owned the airport:

Don’t do aerobatics in the pattern. I asked a local Decathlon pilot “Keep it in tight,” due to following jet traffic. What I got was a modified Reverse Cuban Eight—complete with inverted flight—over the runway numbers. Then there’s the local “old salt” flight instructor who will take off in his school’s C172, accelerate in ground effect, and suddenly zoom-climb to join downwind from a steep chandelle. There’s a reason FAR 91.303 prohibits aerobatics over an airport: It’s a controlled environment filled with aircraft in close proximity to one another, and aerobatics introduce an unpredictable and dangerous element. Go thrill-seek somewhere else.

Don’t move on a taxiway unless you’ve spoken to Ground. Whether you’re on the ramp heading out, or just exiting a runway after landing, don’t move further without ATC clearance no matter how badly you need to “stretch your legs.” Not only is it legally a pilot deviation, it can seriously snarl ground traffic.

That’s exactly what happened when a particular five-ship formation of civilian airshow performers decided to wander off the ramp, towards the runway, on their own. The day before, I’d watched these guys perform a phenomenal display of airmanship. Unfortunately, their communications skills were in the dumps. Madness ensued as we tried to both stop them and clear our other taxiing traffic out of the way.

Don’t fly bizarre patterns. That same “old salt” CFI in example one has been known to fly his entire crosswind, downwind, and base inside half a runway length. If you want a short pattern to maximize your touch-and-go time, that’s great. Just ask first. Also, be consistent. Don’t do two short patterns and then suddenly change to standard patterns without notifying us. It can screw with our aircraft sequence. The reverse is also true: If you plan on flying wide, B-52-Stratofortress-style patterns in your Cessna 152, let us know. It’s your fuel bill, but it’s our airport to control. — T.K. 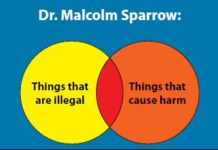